At Bath Literature Festival's Young Writers Lab, students created alternate realities for the city of Bath, imagining new landscapes and futures at 'The Chancery of the Lost and Found'. Here, Yves Morris shares a section of his creative writing...

The ground beneath me is crumbling away. The bridge doesn't feel like it could hold any more weight. The grass on the other side of it is black and dead. The traffic lights, which used to run, are broken and have a strange stone coating on them, like they have been fossilised, despite it having only been a few decades since the city ended – since this city became sick.

There are cars, which just seem to be frozen in time, covered in more of the strange fossilizing rock. The air around me smells like I have just walked into a room that has not been cleaned, visited or had any contact with the outside world for millennia.

There is an ominous silence, quiet but you know something's there watching you. All the buildings are dead, nearly broken, overgrown, a black forest sprouts everywhere within them. But it is not lifeless. There's us, the last survivors but if I was to choose the people that lived or died in this nightmare of a world it would not be them not them ever we cant trust each other I don't know why, them, those Creatures the things that live in the dark. They are unseen, but we have a vague image of what they look like the curved knives the cat like ears that seem to have a mind of their own and the eye pure black eyes that feel like your looking in to hell itself. These are the kings of the pests. We destroyed everything, they only made it worse. We awoke them from their sleep of millennia. They seem to be able to camouflage themselves, but not in the way you expect. They are the reverse of a Chameleon, they change the world around them to make it look like themselves, rather then changing themselves to look like the world.

The gravel underneath my feet sounds like I am walking on dark snow, only grittier. I leave crumbled ghosts of footsteps behind me. The only weather we ever get here is thunderstorms. The planet is crumbling to pieces beneath our feet.

The whole city feels sick and dead, like an infestation of termites or ants or rats or some other vermin had burrowed through the skin and into the vein and made the blood black.

The city's walls are so high we only get light when the sun is directly overhead, making it always twilight or an eerie night. The once grand spa city of Bath. 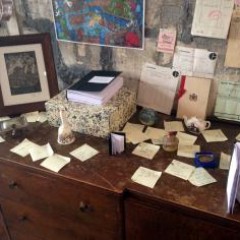 At Bath Literature Festival's Young Writers Lab, students created alternate realities for the city of Bath, imagining new landscapes and futures at 'The Chancery of the Lost and Found'. Here, Yves Morris shares a section of his creative writing... 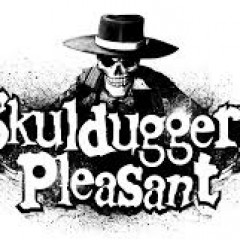