Voice MagFeaturesWhat is the English…

If you have been to any debate on creative education in the last year, you will have heard one thing again and again. The new English Baccalaureate (EBacc) is coming, and it's a killer for the arts.

So, what is the EBacc?

In the Government's own words:

'The English Baccalaureate (EBacc) is a school performance measure. It allows people to see how many pupils get a grade C or above in the core academic subjects at key stage 4 in any government-funded school.'

It was first introduced in 2010, and is expected to affect all Year 7s who are starting this September, with the Government hoping that by the time they take their GCSEs in 2020 they will all be sitting the EBacc selected subjects, which are; English, maths, history/geography, the sciences and a language.

What is the fear?

It's pretty evident that the list of subjects contain exactly zero arts subjects, serving as yet another reminder that the Government — and therefore, many schools — will not be taking the arts as seriously as the core academic subjects. With standards to meet and quotas to fill, how many schools will be encouraging their students to select an arts subject?

What have people been saying about it?

This has led to an enormous amount of public debate from many high profile artists and creatives. The author Philip Pullman told Sky News that this problem extended far further than a discussion on education, and uncovered an unsettling fact about the Government itself.

Schools Minister, Nick Gibb has previously laid out the Government's stance on academic subjects as such:

'We should acknowledge that the curriculum always involves trade-offs: more time on one subject means less time on others. Over the years, I've been asked to add scores of subjects – from intellectual property, to Esperanto, to den building – to the national curriculum. Many of these are important and interesting. The question, though, is always whether they are sufficiently important to justify reducing the time available for the existing subjects in the curriculum'

What can you do to get involved?

There are many people who are rallying against, not just the EBacc, but the general treatment that the arts are currently receiving.

For more information or to get involved, check out these sites and documents: 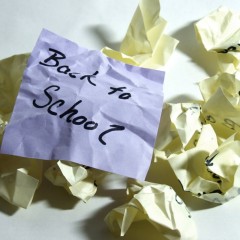 What is the English Baccalaureate, and why is it causing a stir?

If you have been to any debate on creative education in the last year, you will have heard one thing again and again. The new English Baccalaureate (EBacc) is coming, and it's a killer for the arts.