Should we always look to success at school and uni to predict future success? Loads of famous artists, musicians and actors made it...without excelling at school.

As a teenager and twent-een it can feel like there's a huge amount of pressure surrounding your education. Whether that pressure is to do well and get good grades or whether it's pressure to enter into advanced education, the whole thing can feel really daunting and overwhelming. Your years of education feel like a pivotal point in your life. But life is not all about education. If you don't get the GCSEs, A levels or uni degree that you desired, life still goes on. If further education doesn't suit you or your career path there are many other paths into getting a great career. Creativity is often difficult to gage within formal educational systems, which often don't suit those who are exceptionally creative. There are many famous creatives - including artists, musicians, actors and performers - who made it big despite achieving poor grades, or having no qualifications beyond GCSEs. So, how did they still achieved their dream job?

Hirst's biggest strength in subjects at school was, unsurprisingly, his art. However, upon just scraping into his sixth form at school and sitting A Levels, Damien achieved a Grade E in A Level Art. He was refused by the Jacob Kramer school of art on his first application, and was accepted on his second application the year later. He subsequently spent two years working on a London building site while he created work, eventually being accepted to Goldsmith's (after a first time rejection). Persistence, despite many academic set back put Hirst in the position he is now. Think what you like about him, (he is, after all, one of the most marmite artists out there) he sure knows the art world.

The youngest member of Mcfly (or Mcbusted if we must), Dougie left school after GCSEs and was just 15 when he first auditioned and joined the band. Tom and Danny wrote the first album the summer that he sat his GCSEs, and he hasn't looked back since. Its important to note that Dougie's achievements aren't just in music. He's co-written a very successful series of children's books and started his own fashion label.

Robbie failed all his GCSE's but it didn't block his career one bit. He went on to join Take That, and his career went from strength to strength, before embarking on his own career as a successful solo singer. Like Dougie, Robbie also runs a fashion line.

Simon only achieved three GCSEs (known as O levels back then) but it certainly hasn't stopped him from making his name known. He managed to get his foot through the door of music by working as a mail boy at EMI Records. Since then, he gradually worked his way up before becoming the huge star that he is today.

Jim Carrey didn't have the easiest teenage years. He grew up in poverty working as a janitor at his local factory. When his mother fell ill, he dropped out of school at 16 to look after her and never looked back. Gaining work at a local comedy club, he quickly perfected his art and rose to become the fantastic actor that we know today.

Johnny's parents divorced when he was 15: a year later he dropped out of high school. He tried to return to school two weeks later but was told by staff that he should pursue his dream of becoming a rock star. Known now as a world famous actor his career took a different turn to his original motivation, but he still performs music in various side-projects. He also co-owned a restaurant bar.

At the age of 12 Ansel Adams was pulled out of school to be educated by private tutors - his aunt and his father. He went back to school a few years later, but left after completing eighth grade when he would have been around 14 years old. Adams became a world famous photographer which required huge skill and talent, going on to achieve a monumental career without a formal education.

So it's fair to say that A Levels and university aren't for everyone: at the moment there is very much pressure placed on the younger generation to attend university, with it becoming the 'normal' progression for young adults in their careers. Primary kids nowadays are visiting universities with their schools to envisage 'the ideal' of attending university when they are older which some think is a lot of pressure from such a young age, that university is a choice and you shouldn't feel like you are missing out from not attending.

I had an amazing time at university and I loved it so much I am now doing a masters.That was the right path for me but it doesn't mean it's right for everyone. I think there shouldn't be as much pressure as there is to jump head first into uni, especially as there are so many other paths into careers within the arts. Even if something doesn't work out the way you thought, you still have your whole life ahead of you to achieve your best. 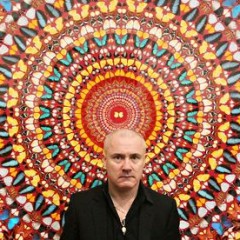 Is advanced education always the route to creative success?

Should we always look to success at school and uni to predict future success? Loads of famous artists, musicians and actors made it...without excelling at school. 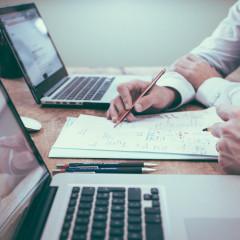