Foreign film is always different because the way in which different cultures and people make films differ wildly.

This begs all the questions: what appeal does world cinema have? Which territory has the best global appeal? Which non-English-speaking territory's film do we enjoy the most?

An interesting way to look at the appeal and strength of World cinema is by looking at the facts and figures. The UNESCO Institute for Statistics shows us that, in 2013, the ten biggest national film industries based on the number of films produced were as follows:

But this isn't to say that this reflects how successful they are, the ten biggest national film industries based on gross profit of 2014, according to the Motion Picture Association of America, were:

The difference between these two tables shows us that the more films you make doesn't translate to financial success. The most notable difference is India's – the country which makes the most films in the world by more than double how many America makes in second place. Yet, it makes only joint fifth most money – almost a tenth of how much money the USA and Canada makes. This is because American film has a far, far wider global reach and appeal compared to India…and every other filmmaking territory.

The answer is likely to be a number of reasons. English is one of the most widely spoken languages in the world. It hugely trumps Indian languages despite having so fewer native speakers. What's more is that they are likely to invest an enormous amount more money into the exhibition of their films than the rest of the world. This lead to American film being ubiquitous. With ubiquity comes fame. With fame comes a standard template. With the mentality that if they do well, it must mean that they're pretty good at it and if filmmakers in other countries make uniquely national films, they're compared against American films.

Despite this, a large amount of World cinema does well here in the Western markets. In Britain we love a good French film. Films like Amour, Amélie, and Bienvenue chez les Chtis have travelled incredibly well the world over. Similarly, France loves independent British film. With a big South Asian population in the US, Canada, and UK, Bollywood are also quite successful. As they become more Western-influenced, the more their appeal is bound to grow. Africa's most successful film industry, Nigeria's, is widely successful among many other kinds of African film in the English-speaking world. South American cinema has been monumentally successful in the past but has seen a lull in the last few years. City of God was testament to that. We can't not mention East Asian cinema with the remarkable success of Studio Ghibli and Japanese horror. Spirited Away and My Neighbour Totoro as well as the Japanese originals of The Ring and The Grudge did a great deal for East Asian cinema's awareness. Old Boy was a huge success and it is considered one of its greatest ever film exports.

World cinema really enriches the film watching experience. They teach the watcher such a great deal about foreign cultures and languages and send us to a new version of the world to the one we're used to watching in so many of our own films. I've heard people say before that they can't watch films with subtitles, which I consider slightly incongruous. But even if this is the case, do give it a go. Some of the world's best films came from outside the English language and they don't deserve to be cast into ignorant obscurity just because they're in a different country and/or language. Every single favourite type of film you have has an alternate, untapped version somewhere else in the world. 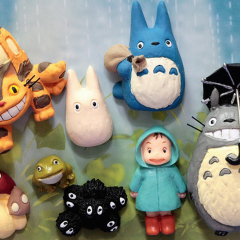 How well do foreign films travel?

Foreign film is always different because the way in which different cultures and people make films differ wildly.