Palis was nominated by a friend for his leadership skills shown during his grade 8 piano Classical and Jazz qualification. They said Palis is 'a fabulous pianist and he can play the most diverse range of songs with flair and artistic interpretation. I went to his recital, which included a wealth of iconic classical songs, such as Liszt's 'Liebesträume No.3', Chopin's 'Fantasie-Impromptu', and Debussy's 'Arabesque No.1'. His passion for the romantic classical genre is contagious and he continues to mentor younger pianists at our school as well. He is also a singer and covers power pop ballads from the likes of Adele, Whitney Houston, and Beyoncé. His artistic talent also extends to the performance arts—he's a fierce drag queen who is very keen on using his art to make changes for LGBTQ+ folks in our local community.'

In what ways would you say your Classical and Jazz qualification has influenced your artistic achievement, creativity, leadership or progress?

I play the piano, guitar, alto & baritone saxophone, and sing. I am also a drag queen, practising dance and theatre in drag. I was nominated by my friend for achieving a Distinction in my grade 8 piano exam. I was also nominated for my public musical performances, mentoring younger students in the arts, and using drag as an art form to empower the LGBTQ+ community at school.

Pursuing the Trinity qualifications in piano has not only allowed me to rehearse and learn more music, it also pushes me to appreciate the nuances of different musical genres and encourage others to do so. The Trinity qualifications have instilled in me a strong passion for the arts, which inspires me to spread this joy to others as well, such as through mentoring younger musicians and hosting my own public recitals. In my recitals, I aim to integrate an interactive element to them, to allow others to immerse in the music in innovative ways. In one of my favourite recitals, I served a buffet meal on top of the grand piano lid, forcing the audience to mingle around the instrument. In another recital, I took the grand piano outdoors at night and turned it into a camping tent where the audience hid under the tented piano. I played eerie, melodramatic compositions to match the audience’s surroundings to create an intimate and authentic musical experience. Trinity qualifications in the arts have taught me to show leadership and initiative when presenting my art form to the world.

How has participating in a Classical and Jazz qualification impacted your artistic skills or career development?

The qualifications have definitely allowed me to be a more considerate communicator. When performing on the piano, the way I move to the music and my physical interpretation goes hand-in-hand in the music. Grasping this duality has taught me the value of body language in communicating ideas effectively. Learning music has also surprisingly improved my creativity as a computer programmer as well. There are some inextricable links between music and the physics which operate behind the scenes. I have built numerous programmes based on music; right now, I’m working on a program which uses Artificial Intelligence to compose a song based on basic moods, like happiness, sadness, nostalgia, and excitement.

I aspire towards a teaching diploma for the piano so that I can learn to be a better mentor and teacher for the youngsters who learn with me.

This year, I am going off to university, most likely to pursue an education in the engineering and computer sciences, including applied maths and physics. I am determined to combine these technical subjects with my love for the arts as well — I have already witnessed some incredible overlaps which these subjects share with music, so I’m sure I can continue both passions alongside each other, if not directly through the same work!

Have you got any advice for other young people working towards a Classical and Jazz qualification?

Be creative and don’t be afraid to be different. If an idea sounds ridiculous, chances are, it’s just what the world needs to see! 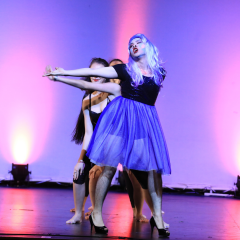 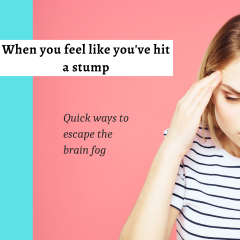 How to Regain your Creative Motivation