The hub for our E3 coverage

It’s that time of the year again when many of the largest developers take to LA and showcase what gamers can expect. It’s where new IP gets premiered, where updates for existing franchises get detailed, and occasionally, we learn more about new hardware.

We’re covering all the main conferences, so keep checking back as write-ups are released.

Is there something in particular you’re really excited for? Let us know in the comments!

EA pulled out of running a traditional E3 conference in 2016, opting instead to run EA Play in the days leading up to the main expo. This year, they did deep dives on  Apex Legends, Battlefield V, their sports line-ups and we got 15 minutes of Star Wars Jedi: Fallen Order gameplay. They also talked about updates to The Sims 4.

Without Sony at the conference, Microsoft are by far the largest show this year. They showcased 60 games, including 25 ID @ Xbox titles, 14 games from Xbox Game Studios and over 30 that are premiering on Xbox game pass. They also unveiled the specs for the new Xbox, and talked about their streaming ambitions.

It was an important year for Bethesda, as they needed to win fans back after a disastrous Fallout 76 launch, as well as an underwhelming Elder Scrolls: Blades. They sensibly played it safe by announcing a raft of updates to their existing titles, and uncovered a few new games, but didn’t overpromise.

Ubisoft are generally known for their bombastic conferences, which made this year particularly dry. Other than a deeper look at the already leaked Watch Dogs: Legion and an update to Let's DAnce, they predominantly showcased a number of very similar looking shooters. They also unveiled a rather cynical new game subscription service called Uplay Plus, that will cost $14.99 each month.

For the first time in E3’s history, Sony have decided not to participate in E3. They have already announced the specs for their next generation console (privately, but it leaked), and it will feature ray-tracing, a solid-state drive, support for 3D audio and resolutions of 8K. I've included a video from Digital Foundry talking about Sony's next console about 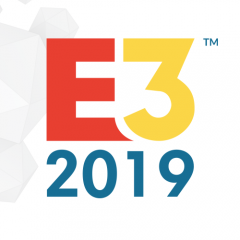 The hub for our E3 coverage