Do you want to make your pro-Remain voice heard? Then maybe you should vote tactically...

The EU elections that are taking place tomorrow will have significant meaning. In the UK at least, this vote will be scrutinised as an attempt to ascertain the current mood of the public, and assess whether the hunger for Brexit has been diminished.

Current polling figures suggest that it will be a close call. Nigel Farage’s Brexit Party, despite only launching last month, is now sitting comfortably at the top of the polls with 37% according to YouGov. With UKIP predicted to attract 3%, and the Conservatives sitting at just 7% of the vote, that means that 47% of the vote will be for Brexit.

Labour are currently a bit of an unknown, given Corbyn’s fairly ambiguous position on Brexit, but after the increase in Labour votes during the 2017 election was considered a vote for Brexit, it is perhaps not the smartest idea to rely on them to unpick leaving.

The vote of Remain is fractured across multiple parties, namely the Liberal Democrats, the Greens and ChangeUK. Much is being made at the moment about tactical voting, and whether or not people should do it, and even whether or not it will ultimately make a difference.

If you’re slightly confused about the whole thing, or are still on the fence about how voting works, we have broken the election down and explained how tactical voting - might - work in a European election context.

EU elections differ to our general elections in a few key ways.

While our UK Parliament elections also (generally) take place every five years, we use a method of voting called First Past the Post. The country is divided into 650 constituencies, and candidates stand to represent that constituency in Parliament as its MP. On election day, people vote for the candidate they prefer, and when the votes are counted, the candidate with a simple majority wins. This approach (usually) provides the benefit of a majority party in Parliament so we can have stable governments. Of course, this hasn’t been the case all the time, as in 2010 and in 2017 there were no overall majorities.

It’s also not the most democratic approach. Let’s say there are four candidates. One gets 43% of the vote, and the other three get 19% each. The winner becomes an MP, even though 57% of people didn’t vote for him.

In European Parliament elections, member states are required to use a form of proportional voting, although it is left up to each state how they do that.

In England, Scotland and Wales, we use a system called the D’Hondt method.

In an EU Parliament election, your ballot paper will be much longer, because part of the D’Hondt method, parties will create a list of candidates. There is open and closed list systems, and the UK uses a closed list. This means that parties can choose the order in which their MEPs get selected, unlike in an open list where voters can rank candidates in order of their preference.

When it comes to counting the ballots, in the first round the seat is awarded to the party with the most votes. For round two, the winning party for round one gets their vote divided by the number of seats they’ve won plus one (effectively two seats), and then the party with the most votes from that round then is awarded a seat. This then continues until all the seats are allocated. It’s quite complicated, and the EU have written a guide to break it down - using sweets!

Northern Ireland uses the Single Transferable Vote. You can rank your preferences, allocating a number to as many or as few of the candidates as you like. When the votes are first counted, a quota for votes required to win a seat is derived. Should first preferences fill that quota, then they win the seat. Then if there are more candidates than seats remaining, then the lowest ranking candidate is eliminated, and the second preferences for each voter are added. This continues until there are the same number of candidates as seats left.

Effectively though, the difference between this election and general elections is that votes aren’t ‘wasted’, and in theory it should be difficult for ‘tactical voting’ to make an impact, as the system naturally encourages the formation of coalitions.

That being said, there is a lot of forore on the internet currently about voting tactically in the election to indicate a desire to stop Brexit.

Gina Miller, who you may remember successfully took the Government to court for trying to take the UK out of the EU without consent from Parliament, has launched a new website RemainUnited.

Using analysis and research conducted by Electoral Calculul and the pollster ComRes, the website details who you are statistically better off voting for if you want to reduce the number of seats Brexit-supporting parties win.

The site states that “recommendations show no fear, favour or bias for any pro-EU political party.”

In explaining how the recommendations are made, the site explains that they ran two models. One where there was an equal split of votes for pro-Remain parties, and one where people tactically voted for the leading pro-Remain party.  What’s interesting, given that the system is meant to be resistant to tactical voting, is that there are regions in the UK where tactical voting is more likely to elevate a pro-Remain party. Given that information, the site has made recommendations on what party you should vote for if you want the best chance of minimising Brexit supporting seats. 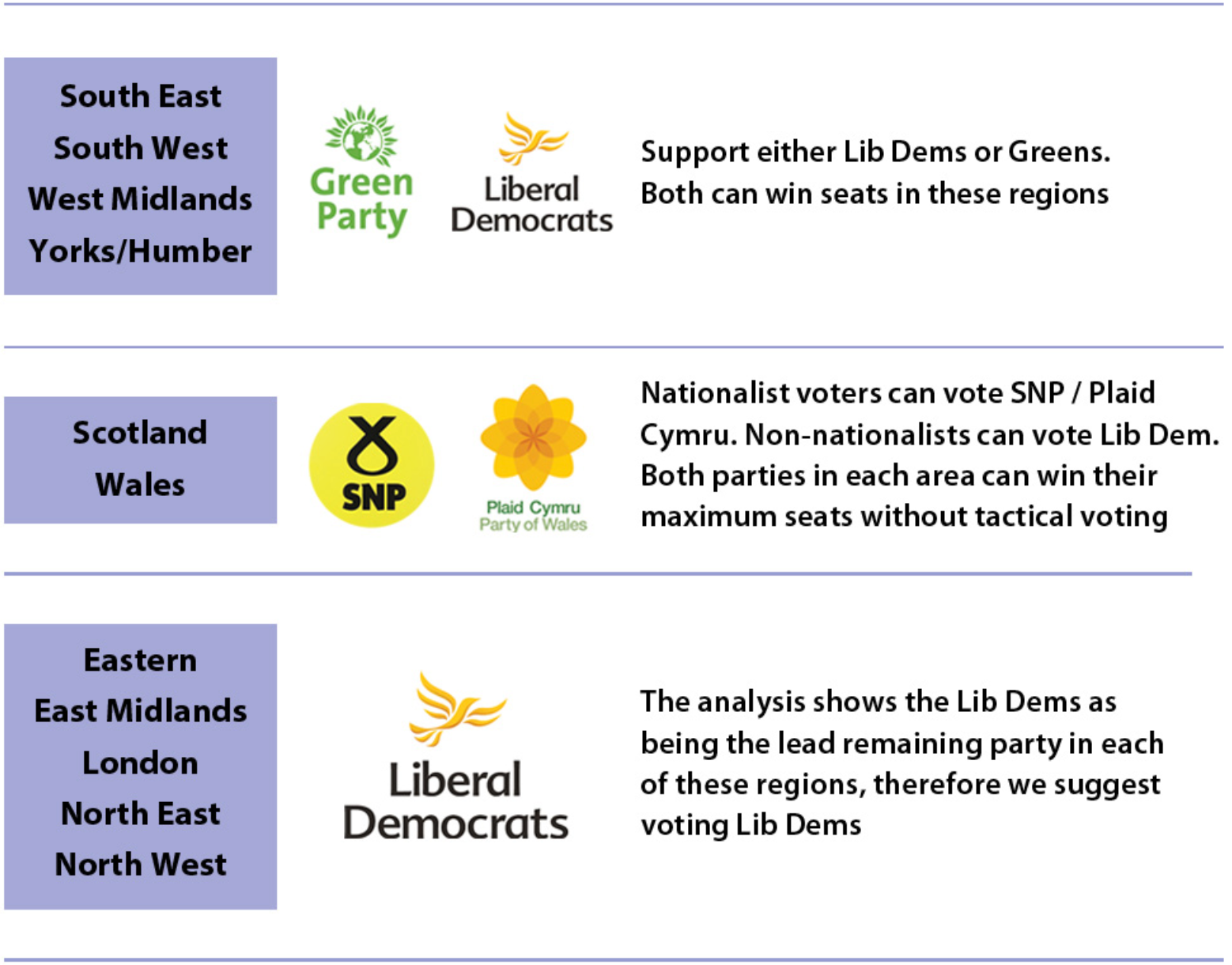 One thing to note specifically is that RemainUnited has decided to consider Labour a pro-Brexit party (much like we decided in our manifesto breakdown). They do however breakdown three potential scenarios where Labour clarify their position, but given that the elections are tomorrow, it seems unlikely.

It should also be stated that nothing is guaranteed in elections, and polling can only account for so much.

If you strongly believe in Remain, then the tactical voting signposted above is good. However, given that our departure from the EU has been delayed twice, and there is no sign of a breakthrough, the MEPs you elect could very well be representing you for a time to come. I encourage you to read through the party manifestos and make sure that you are happy with their policies. 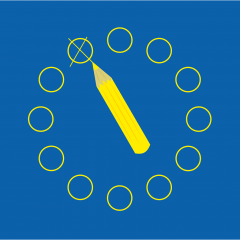 Do you want to make your pro-Remain voice heard? Then maybe you should vote tactically...