A trio of journalists joined Voice for a panel discussion on the changing relationship between technology and journalism. Hosted in the beautiful RSA in London, the session was part of a larger programme of work as part of Mozfest House, a week-long extension to the Mozilla Festival hosted at Ravensbourne.

Joining us was Leah Sinclair, Ryan Pitts and Tracy Powell. Leah is the online editor for The Voice Newspaper - Britain’s leading black publication. Ryan is a developer and journalist for OpenNews, a US based nonprofit organisation that helps newsrooms incorporate data and technology into their reporting. Tracy has over 15 years experience as a journalist, and is now Course Leader for the five-time NCTJ award-winning BA (Hons) Journalism course at Nottingham Trent University.

To understand how technology has impacted journalism, it was helpful to first establish what exactly the media is, and it’s role. The panel agreed that the media is first and foremost a public service, acting as a bridge between those in power and everybody else. It should inform citizens, work to hold power to account, and correct and expose wrongs. Ryan also suggested that increasingly frequently, the role of the journalist should be to advocate on behalf of the people, given our elevated platform.

This naturally transitioned into how the media has changed over the last five to 10 years. In the US, there is now only a quarter of the people now doing the job, and newsrooms are increasingly stretched. Adverts have become more prominent in both print and digital, while trust appears to be declining. However, it’s not all doom and gloom as local news is increasingly seeing a resurgence, perhaps not in print but online certainly, and community groups are increasingly becoming closer to publications. Given the subject of the discussion, it should be no surprise that the increased use of digital technology was mentioned, although it was widely seen as a positive; allowing journalists to discover new stories, find sources and promote their work out. 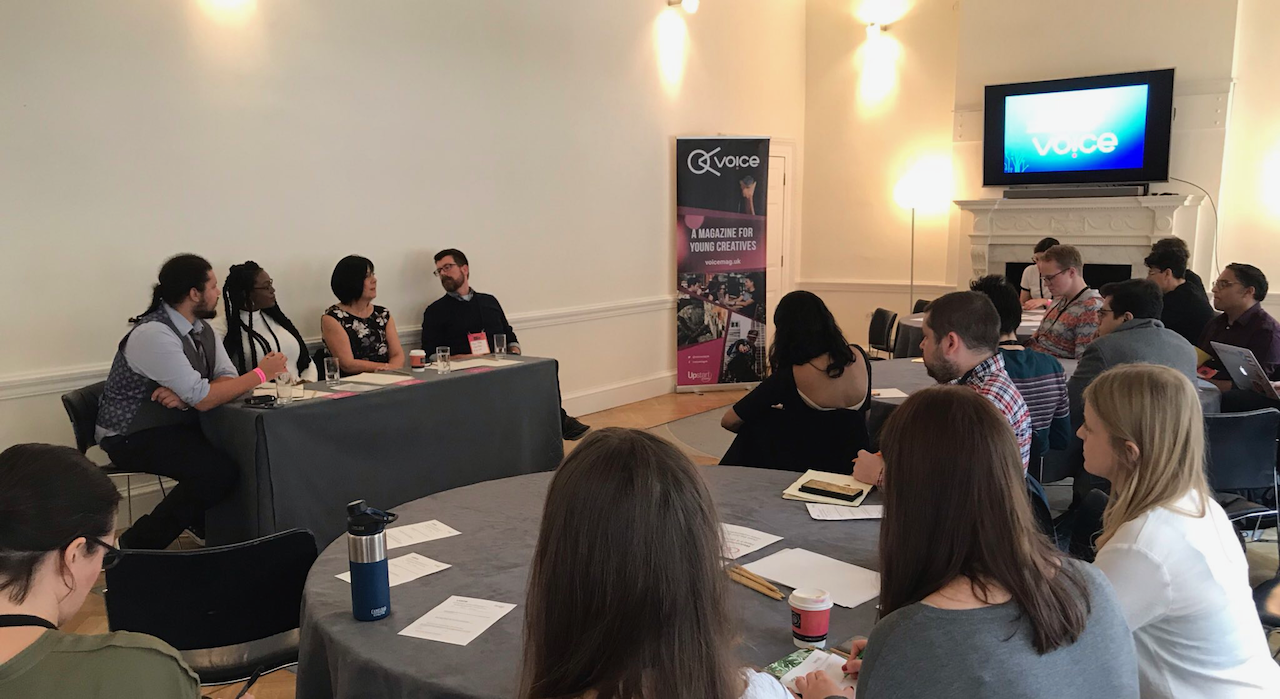 Facebook received a significantly more frosty response though, although not without cause. The social media giant has dabbled in journalism for a number of years, introducing new features that were designed to woo publications onto the platform. For example, Instant Articles, a publishing format that were meant to make it easier for publishers to push articles out on the platform that has since gone nowhere. Or the trending news column that was found to be biased. Or perhaps most egregious, it’s video platform that led to newsrooms to pivot to video based on very promising viewing figures that were, upon investigation, inflated anywhere between 150 and 900 percent. The suggestion that Facebook isn’t a publisher itself - a claim they constantly make - was dismissed out of hand, given their algorithmic delivery of content and general platform structure. In general, publishers were too quick to trust the social media company to resolve their reach issues without keeping in mind that it isn’t a benevolent organisation, and first and foremost exists to make a profit.

With every problem comes opportunity though, and digital technology has been highly successful in increasing access to news, as well as lowering the barrier of entry for would-be journalists. If you have a smartphone, you can now participate in citizen journalism. Platforms that allow liveblogging or streaming events as they happen now empower citizens to take part in the newsgathering and distribution cycle, something especially positive for the local community coverage previously mentioned. It does however present new challenges. ‘Traditional’ journalists have received training in both media law and ethics - matters that dictate when and how you report something. For example, you might not know that sexual assault victims are afforded lifetime anonymity, but people have had to be given new identities following their name leaking on social media.

A topical example of citizen ‘journalism’ is Tommy Robinson livestreaming outside of a court where a trial was taking place that was subject to reporting restrictions. His actions risked the collapse of the case due to tainting the jury, and he was swiftly imprisoned for contempt of court. He is currently out on appeal and his case has been referred to the attorney general, and goes to show the real risks of reporting without proper knowledge or consideration for the law.

It would be remiss to talk about the relationship of technology and journalism without touching on fake news, but the panel were in agreement with Voice’s previous assertion that fake news is not a new phenomenon. Leah made a great point of not using the term ‘fake news’, saying that it is now being used to dismiss anything that doesn’t agree with our pre-existing beliefs, instead terming it as misinformation. Misinformation has been around for a long time, and although it has become the subject of much scrutiny in the last few years, digital technology isn’t responsible for its existence, just for its spread. Additionally, it’s not just platforms, but AI that can create sophisticated fake images, video and audio will make it increasingly hard to discern real or false. 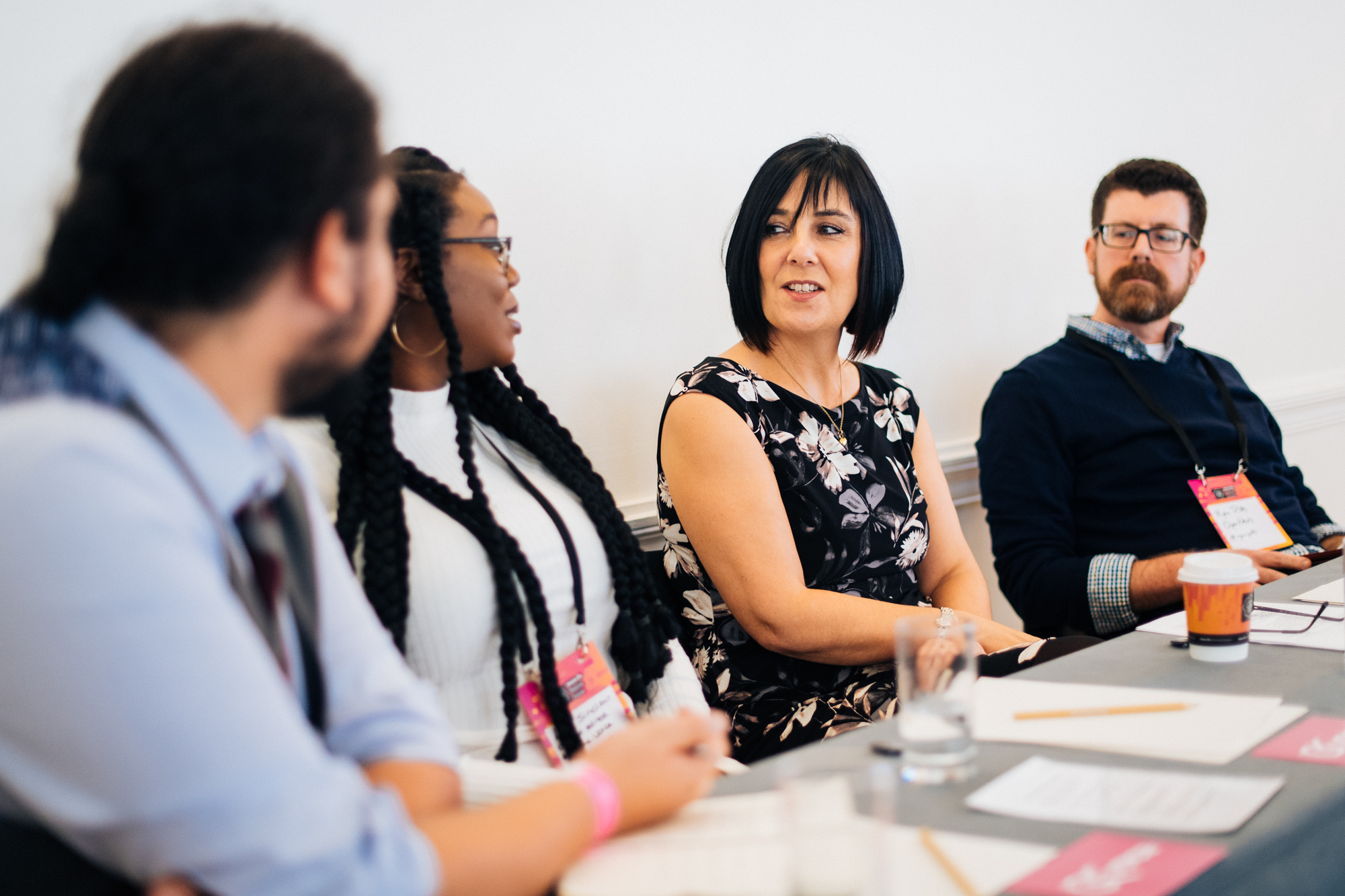 When asked whether regulation would be welcomed, in part in light of recent suggestions by Labour to tax technology companies, as well as the Leveson Inquiry suggesting the press be more regulated, the panel was at best reluctant. As a US citizen, Ryan expressed some - not unfounded - concerns about the current administration introducing regulation on the press, although he quite rightly criticised some of Obama’s attitude towards the press. Both UK journalists were equally concerned about government interference in the freedom of the press

So is technology holding journalism hostage? It was a question we didn’t definitely answer during our discussion, but it certainly seemed as though the panel were of the opinion that technology and journalism are in an uneasy alliance that would benefit from more cooperation to utilise the benefits that both can bring to the public. Digital technology can open doors and build bridges between communities, and journalism will always have a place as informers and facilitators of public discourse. There are such clear benefits from the two working together, it’s just finding a balance that works and making sure that such ventures are viable. 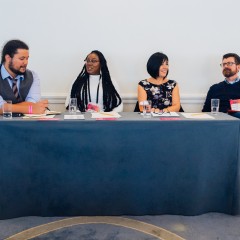 Is technology holding journalism hostage? The answer isn’t that clear