Voice MagFeaturesWho are Shape Arts a…

Sarah Welsh catches up with David Hevey, Shape’s CEO, and two artists playing their part in a heritage story that’s both a global first and a major coup for Britain.

Hi David, tell us a bit about your background.

Well I’m a leading cultural producer and I’ve been making films and series for television for several decades now. I’m an artist myself, but I’m not the story. I tell stories about a hugely diverse range of people – I want to increase inclusion within society and give people a voice. My passion is putting the spotlight on ‘the outsider’ and their viewpoint.

You’ve made countless films and documentaries over the years – what is the most well-known?

Probably The Disabled Century, which was a series I made for the BBC back in 1999.

What happens at Shape Arts and what’s your role within the organisation?

Shape is a disability-led arts organisation that aims to remove barriers, both socially and within the arts world, to help great artists and creative minds into a career. We support talent from all backgrounds on their journey, and help tackle whatever disability, class, gender or economic obstacles they may face. We’re all about excellent work and creating amazing art within a more inclusive and representative cultural sector. I’m proud to be the Chief Executive at Shape.

One of Shape’s major projects is as co-sponsor to the National Disability Arts Collection and Archive (NDACA). Why is it so important? 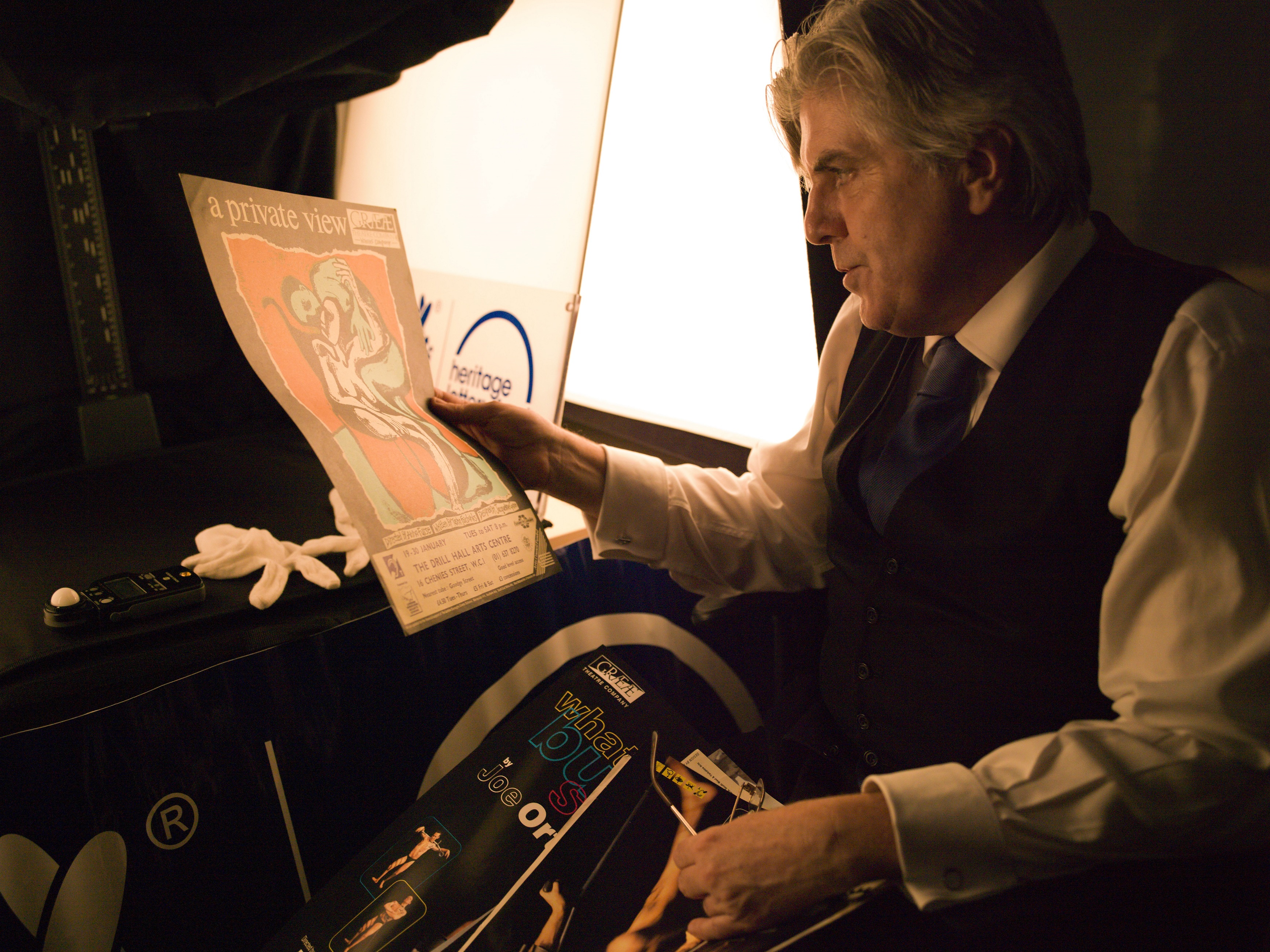 Pictured: David Hevey, CEO of Shape Arts
The National Disability Archive is a global first and a million-pound heritage project that charts the story of one of the most important political protest campaigns in the world – the Disability Arts Movement. This arts protest movement originally began in Britain back in the 1970s and eventually led to the passing of the 1995 Disability Discrimination Act, as well as achieving other goals such as better disabled access to public transport.

The movement inspired an incredible body of work and the archive is an ever-evolving record of that major cultural contribution. It features work by artists ranging from the very well-known, such as Tony Heaton OBE, who is perhaps best known for his work on the 2012 London Paralympic Games, and other names in the early part of their careers – such as the textile artist Poppy Nash.

What are the aims of the archive?

Through NDACA we want to shine a spotlight on the amazing work that came out of the Disability Arts Movement and the contribution that disabled artists of all kinds and from all backgrounds have made to the UK. We also want to improve social inclusion for disabled creatives.

The digital archive launched back in June and our audience to date has been very large. The physical archive itself launches in early May 2019, at the library at Bucks New University’s High Wycombe Campus.

What other opportunities does Shape Arts offer young artists?

We have a series of programmes that can support artists from all backgrounds, at all stages of their careers. We work very much on the basis of the social model of disability – which is the idea that someone’s disability is not caused by a condition, rather by how society views them, and it is society that needs to change, not the individual.

Shape’s projects include: Unlimited, an arts commissioning programme that offers disabled artists funds and mentoring, our artist network, and the Shape Open – an annual exhibition featuring work by both disabled artists and non-disabled creatives inspired by a disability-centred concept.

How do you think things have changed in terms of opportunities for young disabled artists – is the situation getting better?

I’ve been working within media and the arts for more than 30 years and, while I do think society is more accepting and progressive now, there is still a long way to go. I came from a very poor background myself and was diagnosed with epilepsy at 14, but I’ve always believed in the power of social change.

For me there have been two major changes in recent years. Firstly, the financial recession of 2008 and how disabled people were targeted afterwards. The Government now may be very pro diversity and that’s good but the trouble is they’re cutting budgets and not willing to fund things. The other is how the digital age has affected the arts. Artists have had to adapt and change in order to make a living, but the digital world we live in also celebrates pluralism – now you can be anyone you want to and celebrate it.

‘It wasn’t until university that I found somewhere I belonged’ 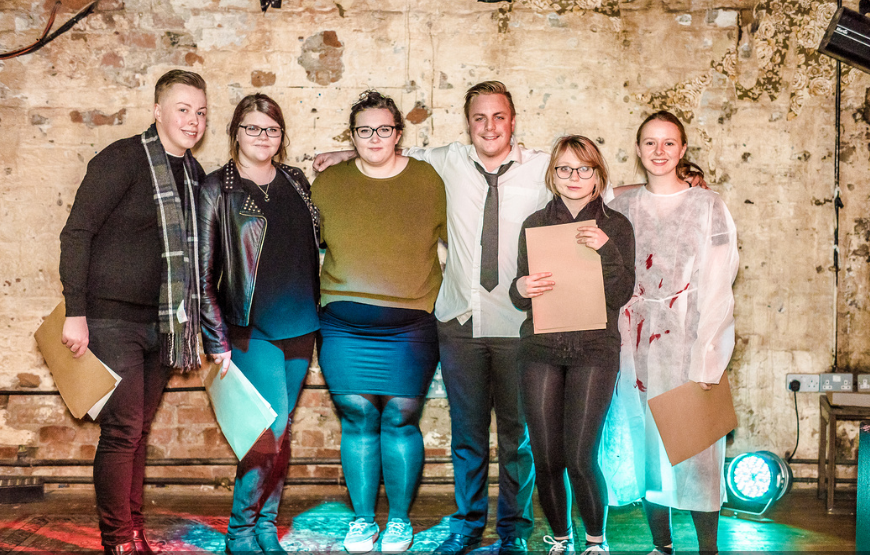 I started acting when I was seven and it’s always been a form of escapism for me, but it wasn’t until starting a BA Hons course in community drama at Liverpool’s Institute for Performing Arts in 2013 that I really found where I belonged – and what I wanted to do.

When I was growing up my older brother Josh was diagnosed with Asperger Syndrome. Even 10 or 15 years ago there wasn’t much awareness or understanding of his condition, and so understandably a lot of my parents’ time and energy went into helping Josh. I lost myself in art and drama.

At 17 I was struggling and went on to be diagnosed with borderline personality disorder. I think for so long I’d been struggling to fit in, trying to be what other’s needed me to, and I reached a point where I couldn’t cope. Then later at university I discovered I had both dyslexia and dysnumeracy.

I struggle with numbers and have no solid concept of time 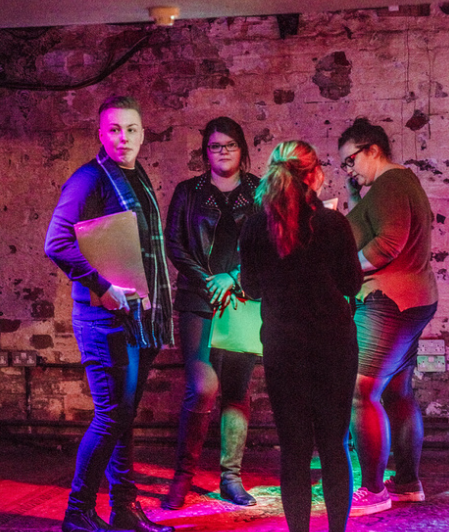 – so an hour can feel very different for me than for most people. University was life-changing for me because suddenly there I was studying with a bunch of ‘odd bods and misfits’ – I’d finally found where I fit.

I find community drama hugely inspiring because it’s about art created by or for a specific group of people and learning through drama – it’s very collaborative. I’ve done everything from taking Shakespeare Festivals into schools to immersive performances about child sexual exploitation, and art is a great way to say something important or implement change without being inflammatory. It’s a great medium to reach people with.

I’m now also working as a trainee with the NDACA team and will be helping to digitise the archive as well as running exhibitions for students and creating educational materials inspired by the archive, which is all really exciting.

I think society has changed for the better in terms of being more accepting and inclusive of people but there are still difficult conversations that need to be had. There’s still a long way to go.

‘My disability inspires my work as an artist’

Textile artist Poppy Nash, 26, is about to launch her first solo show at The Lighthouse Gallery in her home town of Glasgow. 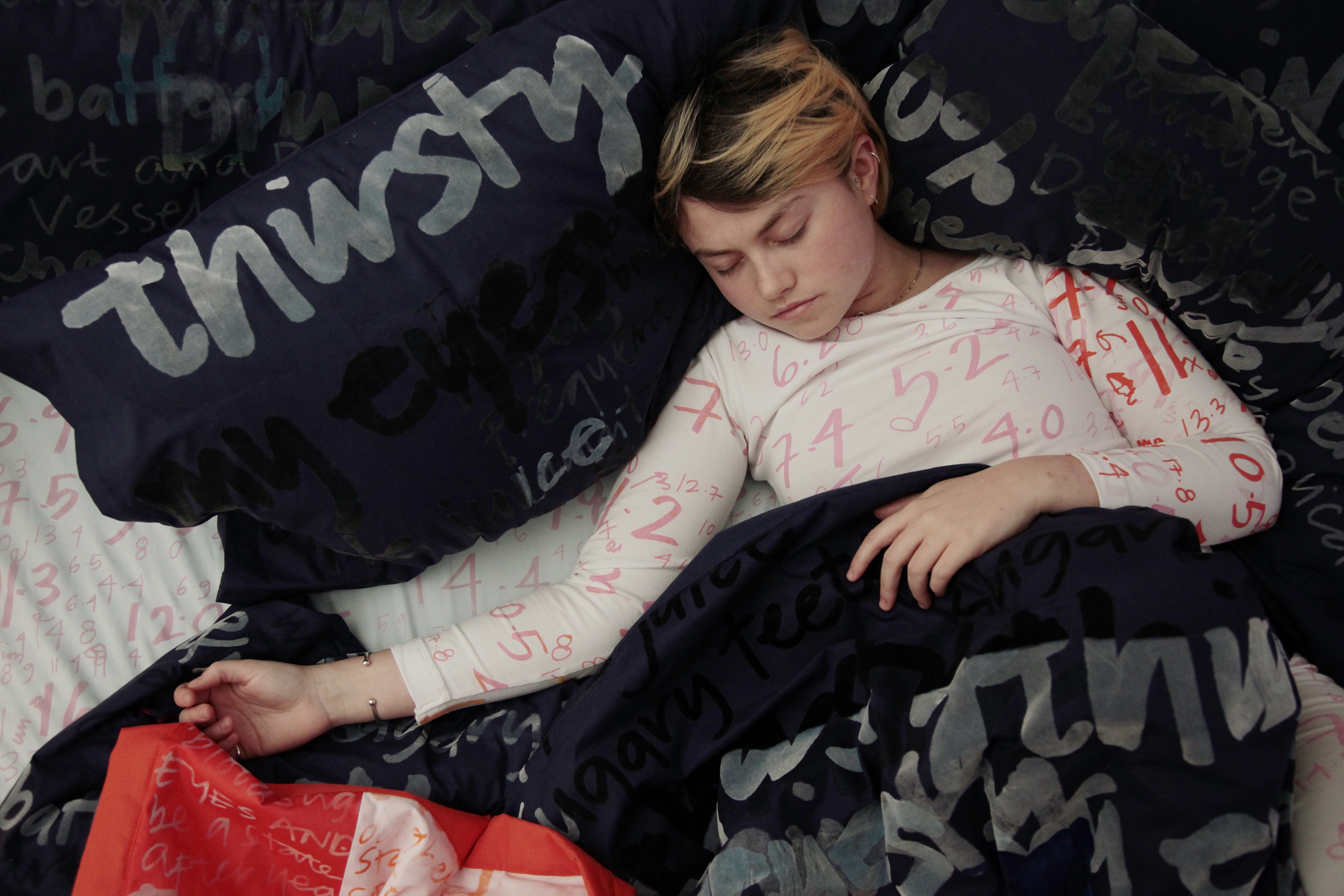 Art is something that takes me out of myself, and it’s that creative outlet that drives me. It’s been that way since I was a very young child.

I was just six years old when I was diagnosed with Type 1 diabetes. I’d suffered fits as a baby and then contracted whooping cough, which doctors think may have triggered my condition, but I meant I didn’t start full-time school until I was eight.

Some people call diabetes an ‘invisible disability’, but all I know is that there are still a lot of misconceptions about it. For example, people often think there are loads of things I can’t eat, but for the past two years I’ve used an insulin pump that helps me to be more in control of my blood sugar. I can even drink full fat coke!

After leaving school I did an art foundation course at Falmouth University and then studied graphic and communication design in Glasgow. I’m interested in fashion design and began to specialise in textiles during my last year at university.

I did a series of work where I’d take all my blood sugar readings and print them out, factoring them into my textile designs. It was quite therapeutic for me, although very emotionally draining. I wanted to use my disability as an educational platform for others.

Now I’d say my work is inspired more by healthcare in general and the idea that disability affects not just an individual with a condition, but their friends, family and wider circle of acquaintances.

In January I’m launching my first solo exhibition. It’s centred around one major piece of work – a gigantic pair of curtains measuring 8 by 5 metres, printed with the stories of many different people who have all been touched by disability. I’ve used curtains because I wanted an everyday object to represent how the ripple effects of disability affect so many in British society today on a daily basis.

That’s why I’m so proud to have been involved with the National Disability Archive for the past three years. The work the team behind NDACA are doing is invaluable, and I want to be able to carry it on and hopefully inspire more social understanding and an appetite for change through art. 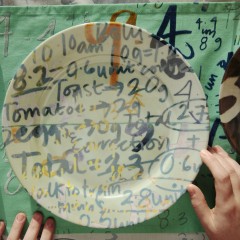 Who are Shape Arts and what's the National Disability Arts Collection and Archive all about?

Sarah Welsh catches up with David Hevey, Shape’s CEO, and two artists playing their part in a heritage story that’s both a global first and a major coup for Britain.