There’s a saying in the autism community: “If you’ve met one person with autism, you’ve met one person with autism.” There’s a serious humour at the heart of it, a wilful contradiction of logic spoken with an eyebrow raised that asks for change. It speaks to the frustration felt by autistic individuals who have seen the story of their identity told through harmful medical hypothesising, misguided neurotypical guesswork and deeply entrenched stereotyping – and usually by people who are not autistic.

The digital age finds autistic individuals claiming a voice long denied, who are revealing the richer complexity of the identity with all its disabling negatives alongside its enabling positives. And, because so much of autism is concerned with social interaction, communication and intense reactions to sensory input, these disabilities and enablings often overlap in ways which can be thrilling, frustrating and dizzying. Throw in other intersections such as gender, race, physical disability, sexuality, and socio-economic status, and autism becomes a behemoth of a topic which presents a real challenge to the telling of its stories.

The two classic autism texts are the film Rain Man (Barry Levinson, 1988) and Mark Haddon’s 2002 novel The Curious Incident of the Dog in the Night-time. The latter came at a time when the former was losing truck as the definitive representation, when it was becoming generally better known that not all autistic people are genius maths savants, that this was just Hollywood being Hollywood. And yet Curious Incident, for its many qualities, also established a stereotype which has since been lazily perpetuated. It drew a picture of autism as a white middle-class ‘Aspergian’ young male, who is geeky and techy, quirky and eccentric, but essentially harmless, charming and will ultimately find a comfortable place among the maelstrom of his world. See for example Jonathan Safron Foer’s Extremely Loud and Incredible Close, Graeme Simsion’s The Rosie Project, the Ben Affleck thriller The Accountant, the BBC drama The ‘A’ Word, the recent Netflix series Atypical, and characters such as Sheldon Cooper from The Big Bang Theory and Maurice Moss from The IT Crowd.

These examples find heavy amounts of pathos or humour directed at autism, but very rarely engage in conversation with autism and there is very little to be found here to suggest how best to support, accommodate and improve the lived realities of real autistic people. Furthermore, the perpetuation of such a narrow stereotype has a real-world impact. When our stories show autism as an exclusively white and male issue, it only results in increased difficulties for the majority who do not fit that profile.

But there are stories being told that get closer to the nuances of autism, while also exploring its attendant difficulties with care and consideration. Elizabeth Moon’s science fiction novel Speed of Dark carefully draws the lived reality of her autistic hero Lou, who, along with a group of autistic friends, is offered the chance to be ‘cured’ of his autism through experimental brain surgery. The result is an honest interrogation of that controversial debate where multiple autistic characters are given space to voice different opinions. Speed of Dark has many problems, including a difficult ending to say the least, but the journey to get there is affecting and thought-provoking.

Better still is autistic author Corrinne Duyvis’ YA sci-fi novel On the Edge of Gone. Duyvis sets up a very simple premise: an asteroid on collision course with Earth is going to wipe out humanity and the autistic heroine, Denise, must argue her case for being allowed on board a generation spaceship which will escape the coming doom. Denise is not only autistic, she is also female, black, and has a drug-addict for a mother. Duyvis skilfully explores these conflicting intersections through a character who both fights and utilises her autistic traits to grapple with a brilliantly realised apocalypse.

On screen, the 2016 documentary Life, Animated does a decent job of showing some of the challenges autistic people can face in navigating institutions of education, employment and independent living, although the tantalising glimpses of autistic subjectivity in the animated sequences are perhaps more compelling. As an alternative to The Big Bang Theory, the character of Abed Nadir in the US sitcom Community provides a comedic autistic figure who is self-assured, joyful, and, crucially, is an active agent in the creation of the stories that unfold in the most compelling episodes. Endlessly meme-able, Abed reminds us that its cool to ‘just like liking things’ and that ‘some flies are too awesome for the wall’. His autism sets him apart from his peers, but it also becomes the essential element that holds the other characters together.

Ultimately, of course, the best writing about autism comes from autobiographical accounts by autistic individuals. There are many excellent examples, but high among them include journalist Laura James’s Odd Girl Out which documents a year in her life from diagnosis at age 45 to eventual acceptance, via reflections on everything from motherhood to Brexit. Naturalist and Springwatch presenter Chris Packham gave an unflinching account of his childhood in Fingers in the Sparkle Jar, which combines autistic memoir and nature writing and is best read alongside his follow-up documentary Aspergers and Me, which is just as wonderful.

So, too, are the writings of Naoki Higashida in The Reason I Jump and Fall Down 7 Times, Get up 8. Higashida is a minimally verbal autistic man who, like many others, had been passed off as ‘low-functioning’ and yet, when an alternative method of communication was established, he was able to express his perspective in deeply poetic and moving ways. His gentle and balanced voice offers advice to autistic and non-autistic alike while his youthful insights into nature and the poetry of life linger long after the final pages.

There are many other examples across a variety of media. Look up the poetry of Joanne Limburg, the short fiction of Ada Hoffmann, the political writings of Lydia Brown and Julia Bascom, the polemics of Jim Sinclair, the classic biographies by Temple Grandin and Donna Williams, the comedy of Kate Fox and Hannah Gadsby, the academic writings of Damian Milton and James McGrath. For those curious about the incidence of autism in story-time, there is a wealth of cliché-busting writing out there, and a cornucopia of thrilling autistic writers who are already telling their tales on their own terms.

David Hartley is a writer and researcher currently studying for a PhD in Creative Writing at The University of Manchester. His project explores the intersection of autism with sci-fi and fantasy and finds him attempting to write a novel about neurodiversity and ghosts. Away from the PhD, his fiction has appeared in many places, including Ambit, Black Static and The Shadow Booth. He can be found on Twitter at @DHartleyWriter and @Fantastic_Aut, and everything else is at davidhartleywriter.com. 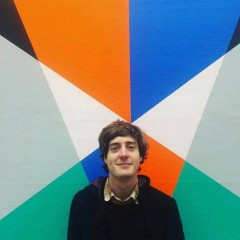 Beyond ‘Curious Incident’, New Narratives of Autism by David Hartley

There’s a saying in the autism community: “If you’ve met one person with autism, you’ve met one person with autism.” There’s a serious humour at the heart of it, a wilful contradiction of logic spoken with an eyebrow raised that asks for change. It speaks to the frustration felt by autistic individuals who have seen the story of their identity told through harmful medical hypothesising, misguided neurotypical guesswork and deeply entrenched stereotyping – and usually by people who are not autistic.