Beat calls upon the Government and NHS to increase awareness

More than one in three adults (34%) in the UK, who gave an answer, could not name any signs or symptoms of eating disorders, according to a survey conducted by YouGov.

The eating disorder charity Beat, which commissioned the research, links low awareness of the early signs with delayed treatment and increased risk of the illness becoming severe and enduring.

These results are released alongside the start of Eating Disorders Awareness Week (EDAW), as Beat argues more should be done to increase awareness of the early signs and symptoms of eating disorders, as well as more measures for early intervention generally.

18% said they ‘did not know’, any signs or symptoms, 14% listed an eating disorder diagnosis like ‘bulimia’ or ‘anorexia’ rather than a sign or symptom and 1% gave an incorrect answer.

Of the 2,000 adults in the UK surveyed by YouGov, those who gave a correct answer were twice as likely to list weight loss or being thin (62%) as a sign over any other, when in fact many with eating disorders remain at normal weight or even gain weight. For those who do lose weight, it is a physical sign which will appear once the mental illness is engrained.

The lack of awareness of eating disorders was further highlighted by the fact that on average, of those who gave a correct answer, people could only list three signs and symptoms out of a potential 68 identified by Beat and 79% were not able to name a psychological symptom, which usually appear first, such as low confidence and self-esteem and a distorted perception of weight or shape. 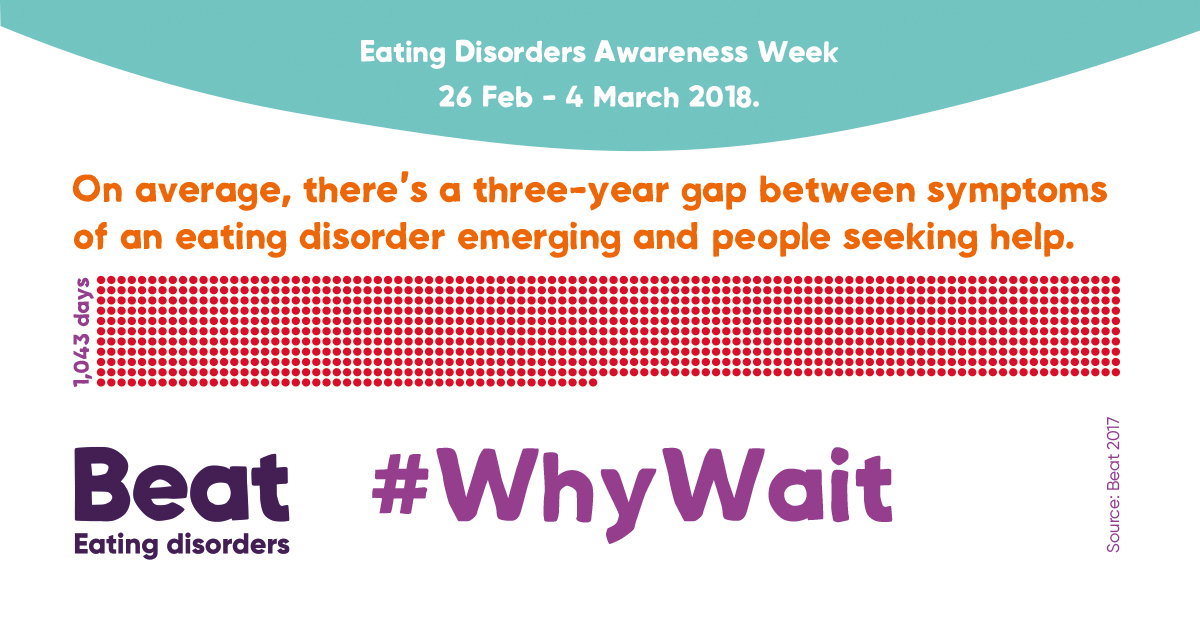 The results confirm research conducted by Beat last year: not knowing how to spot the signs of eating disorders early is one of the main factors that leads to sufferers facing a three-and-a-half-year delay between falling ill and starting treatment.

Beat argues that more should be done to encourage people to get help and support faster. This is why, in addition to the theme of this year’s EDAW being ‘Why Wait?’, they are calling on both the Government and the NHS to do more to promote the illnesses and provide support sooner. 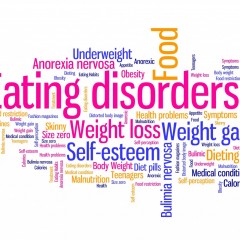 EDAW: 34% of adults unable to name any signs or symptoms of eating disorders

Beat calls upon the Government and NHS to increase awareness