The medical grading had a separate outcome that I wasn't expecting. If you spend over a year in that kind of treatment the military will send you to a medical board to look deeper into your future within the forces. The same is also true of people who have been injured while serving and haven't improved fast enough. At the medical board, they can opt to terminate your service, a process called medical discharge. For some folk it's a relief, they can leave and try something new. For me it was unexpected.

I wasn't really given much information about the medical board. I had to rely on quizzing other people I knew had been. It was suggested that I write a statement of how my life was affected by my condition. I duly did this and it turned out to be good advice. I wish I'd have known I could have brought people along who dealt with me regularly, and who might have been able to explain further how bad I got at times.

The day of my board assessment arrived. I drove to Colchester and it took about two hours to conclude. I had a feeling I wasn't supposed to be there, that at any point someone would jump out and point at me telling everyone I was a fraud, or I was making it up. But it wasn't a witch hunt, more a friendly chat. They wanted to get an understanding of me, and my problems from senior doctors in the military health care system. It went fine. They were discharging me, as far as the military were concerned I was at the end of my usefulness. I was to go in the next day to work, hand over some documentation, handover anything key to their job, and go home.

That was it, it stopped there.

A little explanation of timeframes for leaving the army should be offered here to clarify. A fit and healthy soldier who opts to leave the army gets 12 months to plan their leaving, complete a course that covers job seeking, and then do their resettlement course. These government funded occupational training courses allow members of the forces to learn something useful to take on a new job. A fit and healthy soldier doesn't have any shock or trauma to deal with at losing the job they love. They just do their courses, get close to the 12-month point, hand in their uniform, and on their last day complete some paperwork, and that was it over and done with.

Now an unfit and unhealthy soldier like myself should be placed on a computer system to track recovery a few months after their medical grade being reduced. This will grant access to four lots of one or two-week courses known as CRE (Core Recovery Event). The first is to be attended as soon as possible with approximately 3 month gaps in-between each stage. It is anticipated these courses should be on the run up to potentially either return to work or attending the medical board. Indeed, the third course has a session about what to expect when you go to the medical board. After the medical board, if the candidate is selected for discharge, they will then attend the final week long CRE course.

That's what should happen. I didn't even know any of this, because nobody had told me. The computer system that I should have been loaded onto months ago is monitored by the higher medical services, to check individual units are dealing with their people effectively and fairly. Once the decision to discharge a person is made, they will have between six to nine months to come out depending on a few factors that get calculated. They are not allowed to do any work. They just are expected to sit at home and do nothing. 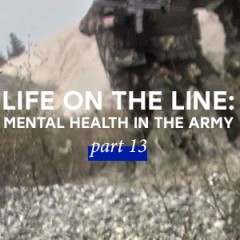 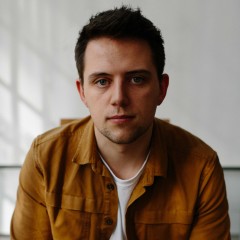