I spent six weeks getting over my pneumonia. Once I was certified fit, I went to find out when my plane back was going to be. Initially they thought I was taking the piss, when they realised I was being serious, they had to break it, that it was over for me. Again, I felt let down. So back to work I went, and again nobody wanted to discuss how things were. To add to the difficulties, my wife became pregnant, and there was I trying to keep it together.

After my son had been born, my wife behaved differently to me. She formed a little bubble of her and 'her' boy, and I was excluded. Little did I realise she had quite a deep and unpleasant narcissistic streak. She adopted a manipulative attitude towards both myself and those around me, and she was always trying to develop a life of perpetual drama and strife she could be at the centre of. She set about using methods of control to limit what I did and where I went so I could never stray far from the family home.

A posting came up in North Yorkshire but she complained that there weren't enough branches of her store near enough. So she made the decision to move in with her family for a few months and take a job there. I was left in a house alone with nobody to talk to. Again, I found trying to call her wasn't easy as she was rarely in to answer the phone.

On 11 September, the Twin Towers got destroyed, and the decision was made to send troops to Afghanistan. By this point I was working on helicopters in the army, and after a couple of years they finally sent them in for support, and I got to go with. I'd left money with her to send me stuff I needed, such as toiletries and the like, but little of it was ever used to send the things I asked for. I was giving money for the mortgage and hire purchase on the car we had.

After this first Afghan tour I was mostly OK. I had a bit of a slump, but nowhere near the magnitude of coming home from Iraq. But then collectors turned up, looking for mortgage and car back payments that had never been made in over a year. During that time I had been paying my wife the money to cover this lot, and it was never established where the money went. My parents stepped in, cleared our debts, got things running smoothly and saved us from losing our home that we had bought together in Preston.

Life moved on and it was posting time again, this time down to Suffolk. Despite initially assuring me it was a short-term thing, I'd spend the last two years apart from my wife as she refused to move in to our army supplied family home. I had to make an ultimatum to her, she either came with me or the marriage was over. I'd missed my sons first steps, first attempts at words and a fair few other important stages because she refused to move with me, and it was breaking my heart that I was being excluded from my son's growth and development. I hated coming home to an empty home, and I hated being apart from someone who was supposed to be my partner, but didn't seem to be interested in me or want to be near me.

During this time, I'd started eating a lot of rubbish, and gained a lot of weight impacted me mentally. I felt I'd failed as a husband because my wife wanted to avoid me and was apparently living a comfortable life away from me, and I was missing out on my son growing up. I never really slept well, and started becoming late for work here and there. But I just thought that's the way life was, because nobody took time to find out how I was. I was drifting through life, barely holding it together.

Shortly before it came time to move, my wife had a mysterious accident at work where she 'pulled her neck'. This would later morph into a range of miscellaneous complaints, initially changing from neck pain, into sciatica, then anaemia, which morphed into Irritable Bowel Disorder, before finally becoming Chron's disease. Although doubtful of these medical claims, I accepted them and she made the decision to move with me. 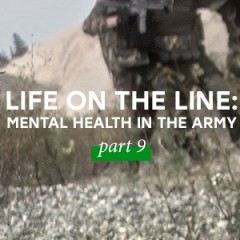 Life on the line: Mental health in the Army - Pt. 9 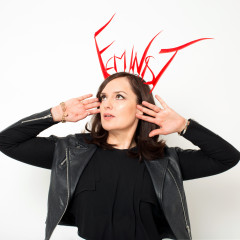