Two weeks later, I boarded a train from Stockport to the mysterious sounding Pirbright. The night before I did have a moment of clarity where the thought pattern was roughly along the lines of 'what the fuck are you doing?', but it wasn't enough to deter me from getting on the train and getting my new start!

Basic Training is more than just teaching the skills required to become a soldier. At the time, the days were long with tasks devised to instil the characteristics needed to become a good soldier, and bring in a sense of values that were often seen as lacking in the civilian population. Words many of us were initially unfamiliar with became part of our ethos like integrity, self-discipline, courage, respect for others and loyalty. 12 weeks later I passed, there was a sense of achievement, but also a sense of relief, it was over.

After a few days off I moved off for the second stage of my training to learn my new trade, working on the repair and maintenance of vehicles. Again, I was back working mainly with my hands and learning new skills, but in an educational program that was completely relevant to the job I was wanting to do. This relevance allowed me to find inspiration in my studies, and do surprisingly well. Life was going well, and while I was doing shorter distances I was still running. After nine months of training, we were sent forth into the actual army, and moved to London. No longer was I a soldier in training.

Coming from a small town on the edge of Manchester, the centre of London was about as glamourous as it was possible to be. London was booming, and bristling with cool, and it was no more evident than our amazing new Prime Minister Tony Blair, here was a man that was going to do things differently, change the way things happen and leave his mark on the country.

However, for me London came at a cost. Within two weeks of arrival, for the first time in my life I had to get on a plane, and it bound for Belfast Airport. 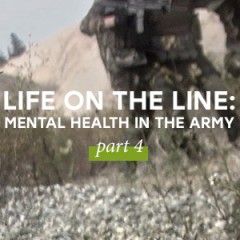 Life on the line: Mental health in the Army - Pt. 4 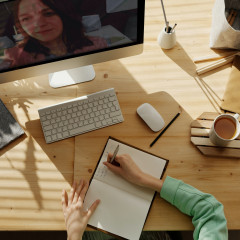