We are pleased to announce that Turner’s House Trust will be hosting a series of Turner themed Zoom talks each Tuesday at 7pm in April 2021. Talks will last 30 minutes followed by a Q&A. Tickets grant access to all 4 talks.

From 1827, the year after he sold Sandycombe Lodge, Turner visited Petworth House in West Sussex on an annual basis for the next ten years. There remain twenty paintings by Turner at Petworth, which is the largest collection of his oils outside Tate Britain. This talk explores the artist’s relationship with one of his favourite places, described by Turner’s contemporary John Constable as “that house of art”.

April 13th -  From the Sublime to the Ridiculous - Turner’s sense of scale, by Franny Moyle

Moyle looks at Turner’s interest in scale, his ‘all seeing eye’, and how this relates to his world view. Taking a number of paintings executed during the ‘Sandycombe Years’ she will invite those joining the talk to look again at Turner’s work, to consider how he uses scale to express sublime beauty, what there is to discover in looking closely at the detail of his work, and how this may relate to his own spiritual beliefs.

April 20th - Turner and the ‘Matchless Vale of Thames’ , by Catherine Parry-Wingfield

For the great landscape painter J.M.W. Turner, the river Thames provided him with a huge source of inspiration, from his childhood in the early 1780s to the end of his life in 1851.  He was particularly enthralled by the Arcadian stretch of the river as it winds past Richmond and Twickenham, where he chose to build his retreat, Sandycombe Lodge. This talk takes its title from the 18th century Richmond poet, James Thomson, whose work was still much admired many decades after his death, and whose verses were in Turner’s mind as he walked and sketched his way along Richmond Hill to capture the moods of the river and the famous view.

For almost his entire residency of Sandycombe Lodge, Turner would have been working on the print publication, Picturesque Views on the Southern Coast of England, his first major independent series of topographical views. This talk discussed the background and circumstances of the project, particularly focusing on the techniques and skill of Turner and his printmakers, as well as revealing the highs and lows of their professional collaborations.

Supported by the Paul Mellon Centre for Studies in British Art. 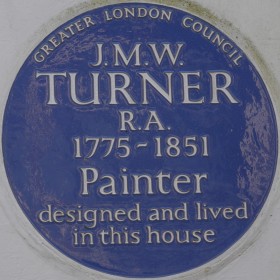 Activities and Interpretation Officer at Turner's House in Twickenham 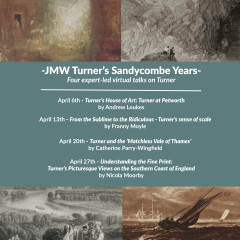 We are pleased to announce that Turner’s House Trust will be hosting a series of Turner themed Zoom talks each Tuesday at 7pm in April 2021. Talks will last 30 minutes followed by a Q&A. Tickets grant access to all 4 talks. 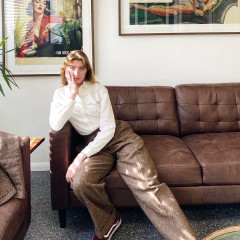