Organised by: The Midi Music Company

This special edition of panel workshops, in association with Camberwell Fair and hosted by Odd Motion's Shahlaa Tahira, is an evening of speed networking with a team of industry professionals and Q&As, for unrivalled insight into label services and DIY releasing to grow your career in music.

Saxophonist, producer and singer-songwriter Laura Misch is gradually defining her sound through the synthesis of her two main voices - saxophone and vocals. Knitting together these isometric components by means of explorative productions which nod ever further to the hallmarks of electronic music; Laura’s fusion of jazz textures, beats and searching soundscapes have placed her peacefully landlocked between many bubbling scenes within the south London locale.

Laura released her first self-produced LP Playground in May 2017, from which the support gained saw her appear live on BBC 6 in session with Gilles Peterson, with further radio plays on BBC Radio 1 and Jazz FM.

This was followed up by the deep and enveloping single Lagoon in February 2018 premiered on Toronto based music knowledge hub Music is My Sanctuary; seeing her supporters grow with plays from the likes of Phil Taggart and Jamie Cullum on BBC Radio 1 & 2 alike.

After a successful first UK headline tour in February 2018, Laura took her one-woman show across Europe supporting Tom Misch, before stunning a sold-out Elgar Room at the Royal Albert Hall in April. The past summer has seen Laura’s name featured in many festival line-ups including End of The Road, Visions, All Points East, Meadows in The Mountains & Oslo Jazz festival. She then capped this off supporting Texan three-piece Khruangbin in their European tour in October 2018.

2019 saw her play successful shows at SXSW and The Great Escape Festival, as well as supporting Alfa Mist on his UK tour.

Having recently released latest mini albumLonely City, she says about the work: “I made sound worlds which honestly reflect the city and the times. At times confrontational - there’s an underwater bomb sample I collaged repeatedly, which to me sounds like collective fear, and at times monotonous - which you’ll find in Elevator, which was a direct response to elevator music. In contrast this all the singing came from a centred place and was recorded in my bedroom.”

"Another new generation jazz influenced artist... she not only plays saxophone and sings, but she arranges and plays keyboard and does the whole thing. She’s an amazing talent." - Gilles Peterson.

Oviri is a strong legal professional who has worked in the music legal profession for nearly three years. She has had experience at top entertainment and media law firms and at Warner Music Group and she is currently undertaking her training contract at Kobalt Music Group. 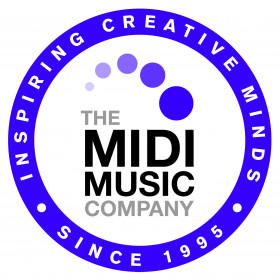 The Midi Music Company (MMC) is a music education and talent development charity based in Deptford, South London and established in 1995. We have a well respected reputation for innovative and inspiring music and creative projects involving vulnerable and disadvantaged children and young people.

MMC has worked with a wide range of emerging artists and bands who are supported by our professional and experienced team to develop careers within the music business, establish themselves within the industry and grow their brand, including award-winning Jazz FM Breakthrough Act 2017, Yussef Dayes, British Composer Award Winner 2017, Cevanne Horrocks-Hopayian, MOBO Help Musicians Fund Award Winner 2017 and one of the Top 100 Influencers 2019, according to Big Issue, Deaf UK Hip Hop artist, SignKid.

Find out more at www.themidimusiccompany.co.uk 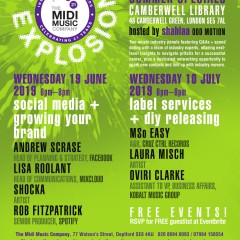