Join us for Instaviews with Rogue Ballerina, Choreographer and Executive Producer, Rose Alice who lives to exist outside of the box.

Rose Alice, is a Rogue Ballerina, Choreographer and Executive Producer. She is based in London, however, she is currently creating a documentary series on the life of artists and the creative process which conclude with a live show at the United Palace Theatre in New York City. As well as this all consuming creation, Rose is also the resident Movement Director for Arlo Parks for her tours and support of Billie Eilish, Harry Styles, Glastonbury and Coachella.

Rose has dedicated her life to her craft and has had the privilege of performing on both stage and film around the world. Rose is now at a stage where she is risking it all to elevate herself and the art she produces in every way.

Rose will join us to share her vision and experience on 18 January at 1 PM live on Instagram.

Rose is committed to breaking pre-existing traditions in her industry, making her not only a great guest for dancers but for anyone who wants to manifest that attitude in what they do as well. 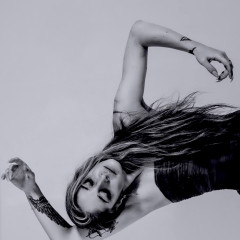 Join us for Instaviews with Rogue Ballerina, Choreographer and Executive Producer, Rose Alice who lives to exist outside of the box.