A recap of the June Broadway Cinema Mystery Film Event. What was this months staff mystery film selection??

The Broadway Cinema Mystery Film event, was a staff choice film screening of a film they felt “deserved to be (re)discovered on the big screen”. This month’s Mystery Film was the beloved 2009 rom-com “500 Days of Summer” directed by Marc Webb about love and fate. Tom a young greeting card copywriter and hopeless romantic is searching for the girl of his dreams and meets Summer Finn, his new coworker, who he believes could be “the one”. However, being that Summer does not believe in love and relationships the film goes through a 500 day recap of their relationship as Tom tries to uncover and figure out what went wrong.

The director and film took a new twist on relationships and love that mainstream rom-coms tended to avoid. By pointing out issues, such as; how you cannot force somebody to love you, your expectations will never be the same as reality, not ignoring the signs of a broken relationship, not diving into a relationship if you are not on the same page, not letting your happiness being dependent on another individual and there are always two sides and feelings in a relationship.

The film left me concluding that when you know you don’t want to be with someone, don’t force it,  just for the fun of it. Especially when you know the person is more invested in you than you are in them. It’s not worth the heartbreak.

There was an overall audience appeal for the film with many laughs, smiles and an all round enjoyment; it was definitely a crowd pleaser. Overall, the event was a success and definitely one to try out.

The Broadway Mystery Film event runs every month with the next mystery film screening on Friday 15th July at 19:30. “500 Days of Summer” is available to watch on various streaming platforms such as; Disney+, Amazon Prime, Apple TV, YouTube and Google Play Movies & TV. 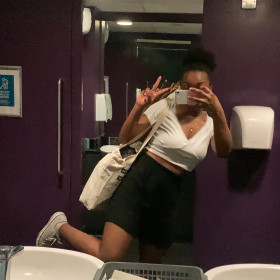 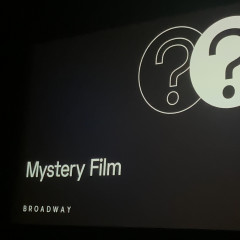 A recap of the June Broadway Cinema Mystery Film Event. What was this months staff mystery film selection??