You might have heard of Mary Seacole, but the details of her incredible contributions are often left untold. Find out more about this amazing woman here.

Mary Jane Seacole was born in 1805 in Kingston, Jamaica to James Grant, a Scottish Lieutenant in the British Army, and Mrs Grant, a member of the Free Black people of Jamaica. Seacole’s mother was nicknamed ‘The Doctress’, as she was a well-known healer who used traditional Caribbean and African herbal medicines to cure illnesses. Jamaican doctresses mastered ‘folk’ or local medicine, knew the details of tropical diseases, and were able to treat ailments and injuries well. The role of a doctress in Jamaica was a mixture of a nurse, midwife, masseuse and herbalist.

Mrs Grant also ran Blundell Hall, a lodging house, which was considered one of the best hotels in all of Kingston. Seacole returned there many times during her life and relied on the skill and experience she gained there. As a healer and a female doctor from Jamaica, she learnt not only from her mother, but also the Army doctors that were stationed in Kingston as a British colony, and soldiers who remained there to recover from longer illnesses. Some argue that Jamaican doctresses practised the use of good hygiene a century before Florence Nightingale wrote about its importance in her book Notes on Nursing. Schools of nursing in England were only set up after the late 1850s, the first being the Florence Nightingale Training School. Seacole was a unique pioneer ahead of her time, and arguably the first nurse practitioner.

Seacole made multiple trips to Central America, Haiti and Britain; she gained experience, contacts and a desire to help those in need. In the 1800s, it was considered unusual for a woman to travel alone – these women were called ‘unprotected’, as they had no chaperone or husband travelling with them. Seacole was incredibly independent and travelled again to London in the early 1850s, initially regarding her own personal business. When she heard about the Crimean war and how the nursing system there had collapsed, she made applications to the War Office, the army medical department, and the secretary of war to be allowed to tend to the sick and wounded in Crimea. She pointed out that she knew many of the soldiers and regiments, having nursed them while they were stationed in Jamaica. But Seacole received no support from any external benefactors or sponsorships and so, at the age of 50, she went to Crimea using her own resources. She intended to be a sutler with her large stock of medicines – a person who follows the army and sells provisions to the troops – but managed to form a partnership with a Caribbean acquaintance. Seacole opened an establishment called the ‘British Hotel’ in the summer of 1855, built from driftwood, iron sheets, and salvaged architectural items such as glass doors and window-frames. Her establishment prospered and she provided morale, medical supplies and sustenance to soldiers until the end of the war.

Seacole had met Florence Nightingale for 5 minutes during the Crimean War. While Nightingale was civil with Seacole during their meeting, she would not allow her nurses to work or mix her. In her autobiography, Seacole asked herself whether ‘American prejudices against colour had taken root here? Did these ladies shrink from accepting my aid because my blood flowed beneath a somewhat duskier skin than theirs?’ She returned to England poor, in ill health, her businesses failing. Somewhat well-known at the time, the press began to highlight her struggles and events were organised to raise money for her, attracting thousands of people. Later that year, Seacole published her memoirs, 'The Wonderful Adventures of Mrs Seacole in Many Lands' becoming the first-ever autobiography published by a free black woman in the British empire. Four years later, after gaining royal connections and a sizable estate, she died in London. For about 100 years after her death, Seacole was forgotten to history until nurses from the Caribbean visited her grave in North West London, where the local MP, Lord Clive Soley, promised to raise money for a statue. In 2016, the statue was finally unveiled in the grounds of St Thomas’ Hospital on London’s Southbank. To find out more about Mary Seacole, read about her on the Mary Seacole Trust website. 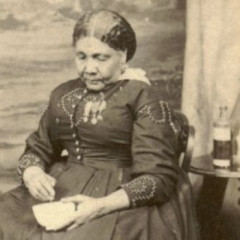 Who was Mary Seacole?

You might have heard of Mary Seacole, but the details of her incredible contributions are often left untold. Find out more about this amazing woman here.