Exploring some of the ways that homelessness is depicted in film, music and literature.

At Voice this week, we have been looking into homelessness awareness, as it was World Homeless Day this past Sunday. In this list, we have compiled a few depictions within various media that attempt to describe the plight that some people are unfortunately forced to experience when struggling with homelessness. Below are a few songs, films and books that shine a light on those most in need.

Phil Collins - Another Day in Paradise

Initially, Collins did not intend to write lyrics about homelessnes, but when he first sung “She calls out to the man on the street”, he knew that the topic would be the basis of the song. The track addresses the consequences that those who ignore the needy would experience, and conveys a serious and socially conscious message. The song is accompanied by an iconic black and white video, one that depicts Collins’ performance of the track whilst interspersed with images of the homeless, which was Grammy nominated. Collins said that the song was inspired by a tour date in Washington, he said: "Washington was almost at a standstill and these people were trying to sleep on the grills where all the hot air was coming up, and you could see that it was in the shadow of Capitol Hill. I thought it was an extraordinary contradiction."

Even Flow is without a doubt one of Pearl Jam’s biggest hits, but what some may not know is that vocalist Eddie Vedder was writing his lyrics about a homeless person, forced to beg for change and suffering from mental illness. Lyrically, the track portrays someone who sleeps “on a pillow made of concrete”, he “looks insane” when smiling and struggles to keep coherent thought. “Even Flow, Thoughts arrive like butterflies/ He don’t know, so he chases them away”. At a show in 2018, Vedder mentioned that the track was specifically written about a homeless veteran that he had met in the early days of the band, he passed away before the song’s inception, but the track was dedicated to him, his struggle, and his stubbornness about receiving help.

A country track written by songwriters Annie and Sam Tate, with Dave Berg, Moments intends to convey the feelings of human ‘moments’ that everyone has, whether that be the birth of a child, feeling on top of the world or winning a competition. However, rather than telling an egotistical story about the celebration of success, the group wanted to bring elements that added more depth to the idea. The way in which the thoughts are depicted in this track is through the lens of a homeless man, one whose ‘moments’ are becoming distant memories.  In the story portrayed, the man is attempting to talk down someone who is about to commit suicide. Emerson Drive tries to show in Moments that even if someone seems to have lost everything, they can still make an incredible impact on someone else's life. Berg said of the track: ”I've always wanted to write a song about redemption and how everyone has the ability to redeem themselves somehow".

Legendary Finnish director Aki Kaurismäki’s last film The Other Side of Hope follows Syrian refugee Khaled Ali as he seeks asylum in Finland. Khaled follows all the so-called ‘right’ protocol to seek asylum yet is still denied, being moved from a shelter to the streets to a storage room in a car park. The film shows in detail the barriers that both the system and other people put up in Khaled’s way as he tries to find work, accommodation, and acceptance. It serves as a reminder to anyone who might forget that the system is practically rigged against homeless people and especially against homeless refugees, having to deal with bureaucracy and discrimination at every turn despite their best efforts, in a society and legal system that is hypocritical and callous. In the end, Khaled is only able to survive due to the understanding and kindness of others, who go against the unsympathetic laws and regulations to do the right and compassionate thing.

My Own Private Idaho follows ‘street hustlers’ Mike and Scott, played by River Phoenix and Keanu Reeves respectively. Director and writer Gus Van Sant was inspired by his friends, actual street hustlers Mike Parker and Scott Patrick Green, who feature in the film alongside Phoenix and Reeves and provided advice to the actors on what being homeless and being a sex worker entailed for them. Homelessness and sex work are both heavily and unfairly stigmatised, even more so for queer folk, and My Own Private Idaho sensitively explores that intersection of stigma and the results of it. A scene in a café in Portland features real testimonials from homeless sex workers sharing stories of traumatic experiences they were forced into due to the vulnerability that both homelessness and sex work can cause. Vulnerability is one of the key themes of the film, with protagonist Mike constantly being taken advantage of due to his sensitivity, poverty, and narcolepsy, kept in unsafe circumstances thanks to the lack of care from the world and people around him.

Various authors - The Book of Homelessness

Released by London-based youth homelessness charity Accumulate, this graphic novel features an eclectic mix of media, from illustrations and collages to poetry and prose, all created by 18 contributors who have experienced homelessness firsthand. Each creative voice in the graphic novel provides a snapshot of how homelssness has affected them, using whichever medium most speaks to them. Much of it is distressing, in its depictions of sexual assault, drug abuse, and family breakdowns, but there is something immensely poignant about knowing that the people most affected by these stories have felt able to narrativise their trauma. It's incredibly rare for readers to engage with the artistic expression of homeless people, but it is invaluable to do so. The more that homeless people are able to express themselves, the more likely it is that the many misconceptions about homeless people will fade away.

Told from the perspective of an 11-year-old girl named Ari, Paper Things is an evocative portrayal of hidden homelessness. Forced to choose between staying with her guardian or her 19-year-old brother, Ari chooses her brother. With no fixed accommodation, the two of them spend most of their time flitting between the homes of friends and juvenile shelters. The use of Ari's perspective as the narrative frame works wonders in elevating this tale to an emotionally driven journey that points out the many holes in society's safety nets. The unwavering innocence of Ari in the face of loss and desperation hurts the reader in ways reminiscent of the child protagonist in Extremely Loud and Incredibly Close. The times she struggles to understand her situation are made all the more devastating by the fact that she shouldn't have to understand it; no one, let alone a child, should have to live with the harsh reality of homelessness. Jacobson's novel is a solid gateway to understanding hidden homelessness, and whilst its ending is a little too optimistic, Paper Things addresses an often overlooked social issue with empathy and creativity. 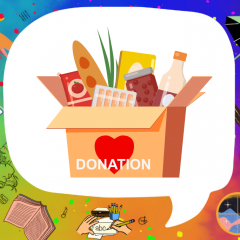 Exploring some of the ways that homelessness is depicted in film, music and literature.