Voice MagBlogsIt’s a kind of magic…

Have you ever wondered if witches exist? Madame Culpeper is a practicing witch, based in Edinburgh, and she talked about her story, practice, and the importance of Halloween.

Witchcraft has a bloody and dark past, due to the strong reaction it had from the Christian Church. Anything to do with divination, or magic, used to be punishable by death . Therefore, the concept of a witch is considered to be something evil and/or scary in popular culture.

Yet, as I have discovered recently myself, there are plenty of people who turned towards more spiritual ways of living by following old pagan and witch traditions as well as implementing a lot of esoteric practices into their daily lives. Tarot card readings, using herbal remedies, healing with crystals, meditation, and astrology have all become quite popular in recent years. These practices have invoked a lot of questions in me, so I reached out to one of these practitioners, hoping to find some answers to them. Having attended one of her online guided meditations, Madame Culpeper seemed like the perfect candidate for this interview.

Would you consider yourself a practicing witch? And if yes, what does that entail?

Yeah, absolutely. I identify as a hereditary witch, meaning that I come from a family line of witches who practice in their own way. My craft is quite eclectic in terms of I mostly pull from my Celtic and North origins and some French strands. So that includes a lot of green witchcraft, tarot, runes etc. I’m learning runes from my father at the moment, and I am mostly following nature cycles as well, such as seasonal, lunar and my own cycle. 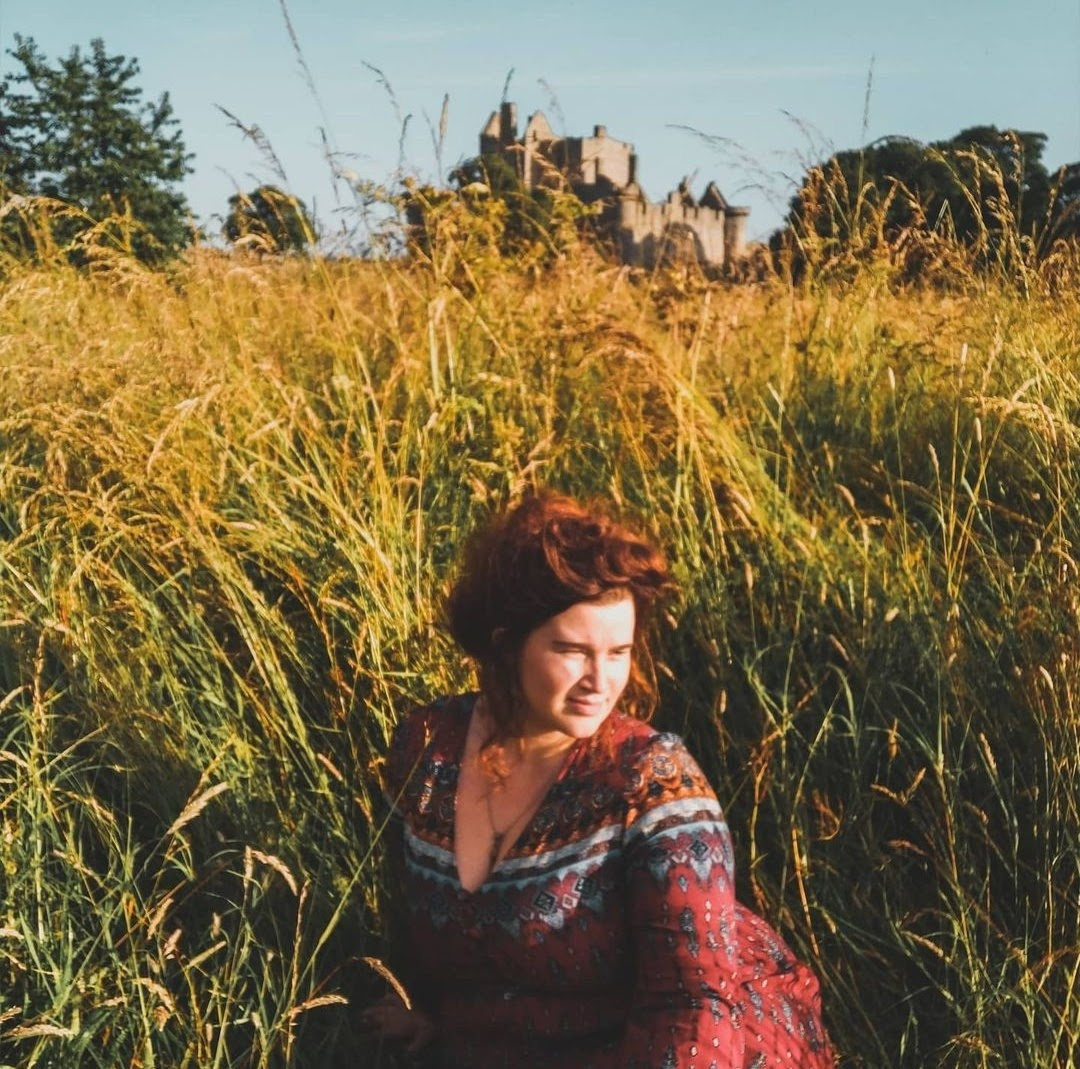 Did you choose this path? Or do you think that you’re practicing because you were born into it?

Ah, an interesting one! It’s very different from religion in that it’s not a set practice that’s instilled in you. Although, I was taught the ways of witchcraft in our hereditary practice and have been shown a lot of secrets and knowledge while growing up.

I have my own relationship with nature, and it was my own development and personal growth that kind of brought me around to developing my own practice.

For a good while in my late teens/early twenties I didn’t pay much attention to witchcraft at all and I  took distance from it.

My great grandmother was in what we call the broom closet, i.e. very fearful of being seen or known as a witch and very afraid of that persecution and that oppression that comes with being one.

When she died it kind of opened up this whole release in me. I was not afraid to be seen as a witch anymore and that’s when I decided to step into that power and be seen and re-devote myself to my practice and my craft.

How does the controversy around witches and witchcraft affect you personally? I suppose it doesn’t feel good to be misunderstood by society in some ways.

I think that already comes as part of healing the witch wound. As more and more people are claiming the title of witch and moving more into spiritual practices it’s getting a lot easier. But certainly I’ve been the recipient of harassing messages from people who are quite extreme in their own personal beliefs and their own religious beliefs. They messaged me and told me that I’m evil and things like that, and I’m like: I play around with herbs and I look at the stars. It’s just not that twisted as some people have really been trained to see it as.

Obviously witches and people that practiced magic were the ones who held a lot of knowledge, and for that reason they were persecuted by people in power because it was a powerful position to be in. Since my great grandma’s death, I’ve been breaking that cycle, and it’s all been solidified in me to step out of that fear. When these things come my way it’s always an opportunity to heal and an opportunity to not sink back into that place of wanting to hide and being fearful of who I am. It’s quite a powerful move to reclaim that, I suppose. It’s taking it’s time to shift but shift it shall. 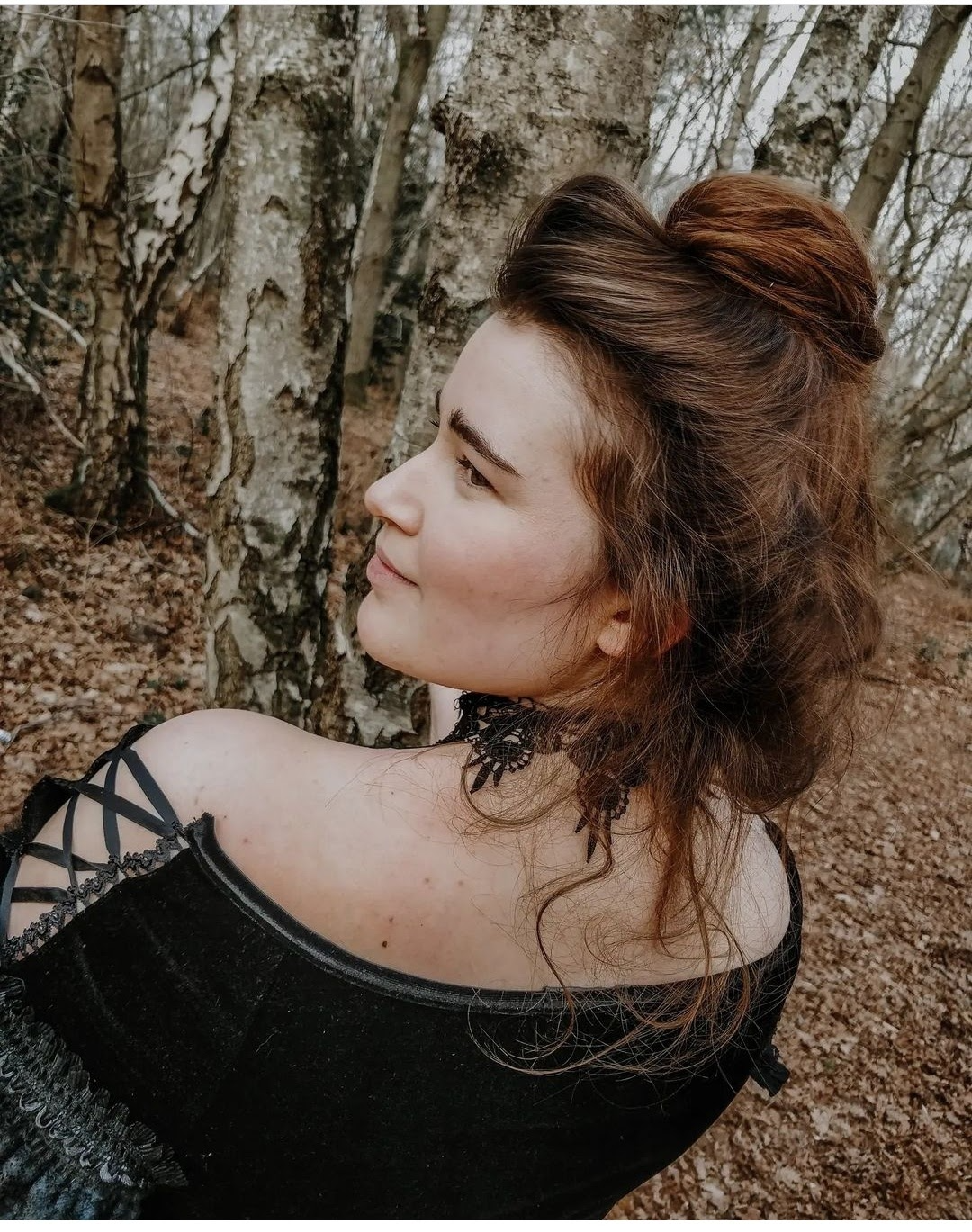 What do you think the main message and the main goal of witchcraft is?

Really, it’s that deep connection, relationship and honoring of nature in all of the glorious ways. It’s that saying of ‘as above so below’. Noticing the patterns of the night sky, of the cosmos, and honouring the great Universe above us as well as the Mother below our feet.

Nature moves in its own rhythms, its own cycles and we are completely and utterly connected to them, and witchcraft as we understand it in the West is just that strand of deep connection to nature.

You’ll find that same pattern and that same connection everywhere. Our relationship with nature has been severed in the recent past. This is probably why we’re seeing such a rise of witchcraft and spirituality today. We have a deep longing for this connection and that’s a magic that can’t be stifled. 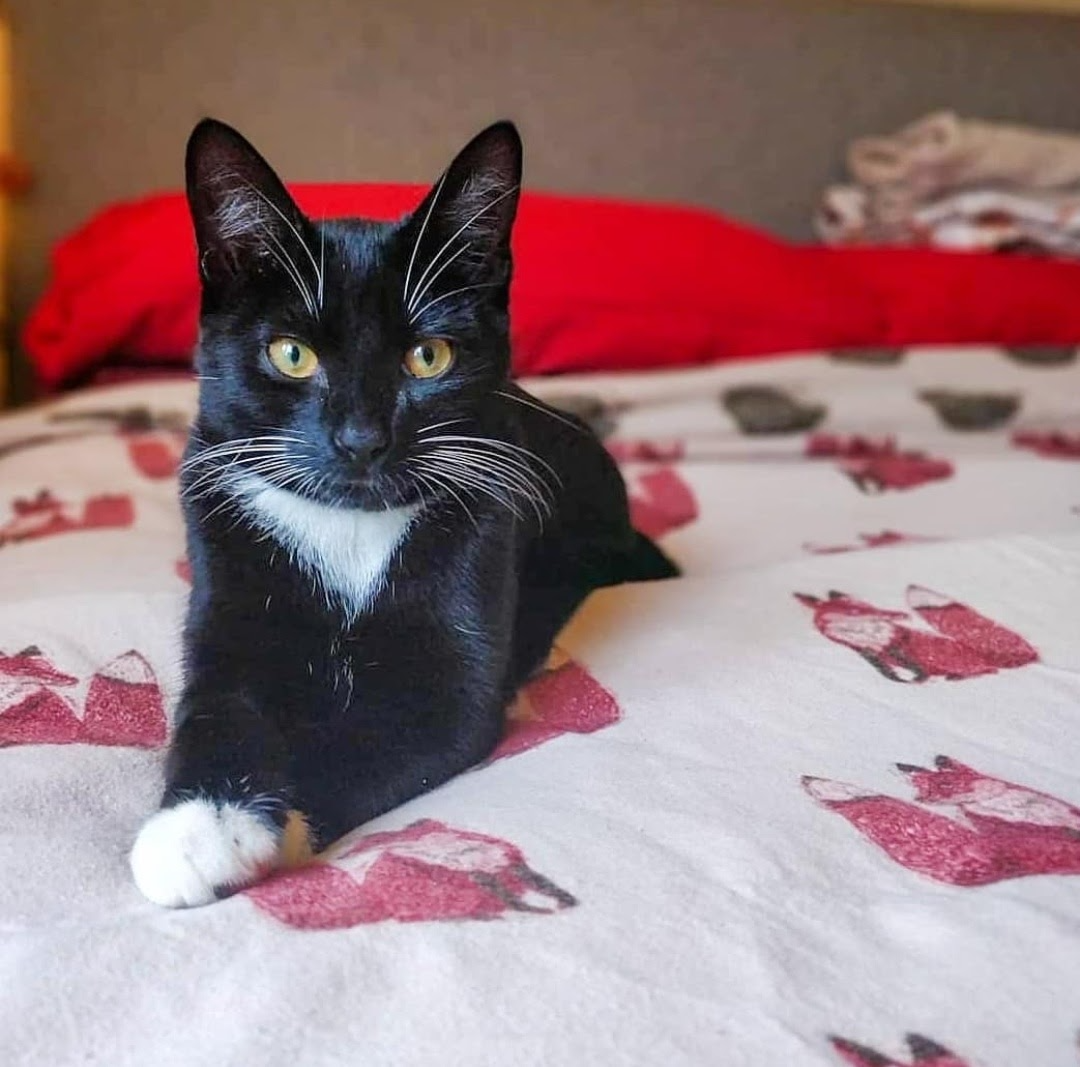 What does a day in the life of a witch look like in the 21st century?

On an average day I do try to do a small morning ritual, a slow meditative practice, even if it’s just making a cup of tea or a coffee intentionally. I don’t always get around to yoga and meditation but if I’m really feeling it then I do it. There’s less rigidity in that routine, it depends on where I’m at each day.

I do still have my muggle job, where I am a practicing youth mental health therapist, which is very witchy in its own way I think. The more you dive into the world of psychology and therapy the more it’s witchcraft in its own guise. So I do the work routine, but throughout the day I’m also engaging with the witchy side of social media and I pull small and intentional practices throughout the day. I’m always making sure that no matter the weather I am getting out into my garden and getting my bare feet on the ground. I usually do a tarot pull for myself at some point as well.

If I have any kind of etsy orders I do readings for those clients. That can be tarot or palmistry, or astrology charts, or making herbal orders etc. It usually is a free flowing day – as most witches would like to keep it – but there is a bit of a witchy routine going on there.

It really does depend where the moon’s at, what the season is, where I’m at cyclically etc. If there’s a new moon, and it’s winter, and I’m bleeding, then I’m in bed. But if it's a full moon, it’s summer and I’m ovulating, then I’m probably out in the middle of a field, partying somewhere. 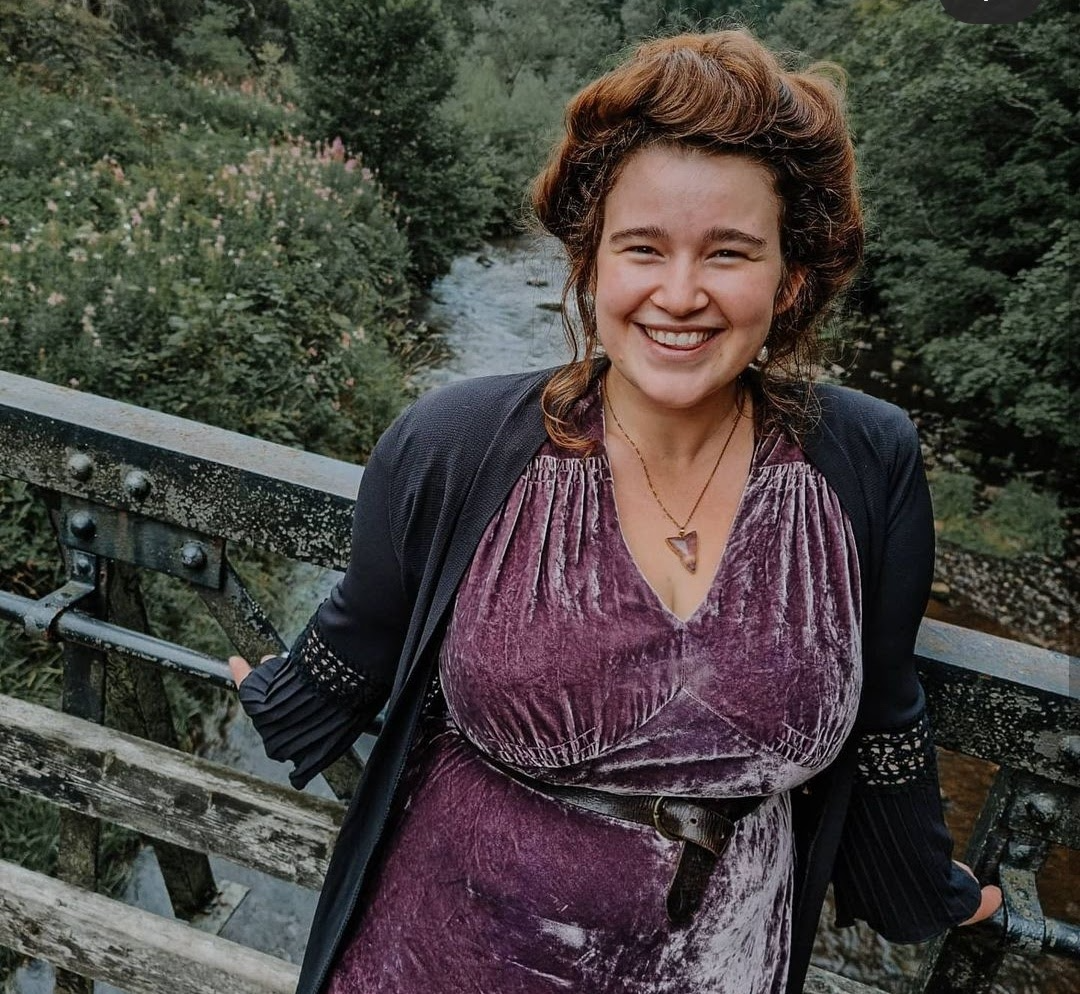 What do you think the importance of Halloween is or what does this particular part of the year mean?

Halloween is known as Samhain in the Celtic calendar. It’s part of what’s now the modern wheel of the year which honours the seasonal shifts every 6-ish weeks. So Samhain is a cross-quarter festival that takes place between the Autumn Equinox and the Winter Solstice. It really marks that tipping into the darkest part of the year where the days get rapidly shorter and it’s also felt to be a point when the veil is thinnest.

That veil between worlds is a point that is traditionally used to contact ancestors or honour ancestors in some way, and for doing ancestral or genetic healing. We have traditions like the Dumb Supper where a meal is laid out for people that have passed over. All that what we now know as dressing up, and pumpkin carving and everything like that has its roots in that Celtic festival of honouring the dead.

For witches it’s a really good time to connect with our ancestors and hear/learn what lessons should be carried on through them, and discover what might need healing. If you have never done ancestral healing work before, Samhain is the perfect time of the year for it. It can be a deeply spiritual experience that involves a lot of work, so it is important to pace ourselves. There’s no need to try and do all the spiritual healing in one Samhain, because you have the chance to do it again the following year.

Do you have any book, podcast, or other media recommendations for someone who might want to know more about witches, witchcraft, nature, or herbal remedies even?

Missing Witches, but it also has been written up as a book. These two women have worked really hard to find the witches that have always been there throughout history – it’s incredibly well researched. It’s also a great listen.

There’s also: The Witch Wave by Pam Grossman who’s quite a well-known witch in America. That’s always quite a fun one, and she has lots of witchy guests on her podcast.

I’ll also plug the Magic Hour, which is a podcast that I feature on with astrology forecasts, and I’ve done a couple of episodes with Charlotte, who’s made that from the UK. It’s a whole hour of magic basically. 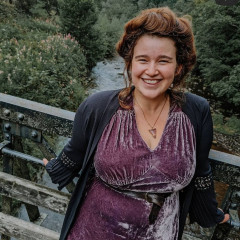 It’s a kind of magic: Interview with Madame Culpeper

Have you ever wondered if witches exist? Madame Culpeper is a practicing witch, based in Edinburgh, and she talked about her story, practice, and the importance of Halloween.