So you’re trying to live your life a little more sustainably? Maybe you’ve started using a reusable straw, or you’ve started growing your own veg. Perhaps you’re walking to work now rather than driving. But now you’re running out of new ideas. What else can I do to be a little greener? You need some inspiration.

One thing we can always do is educate ourselves. And by educate, I mean binge watch a load of environmental documentaries.

But with so many out there, it can be hard to know where to start. So, here’s my top 5 recommendations.

Here’s a fun fact for you: I named this series ‘Mission Green’ as a homage to this documentary. It was one of the first environmental documentaries I ever watched and it pulled me in with such a tight grip. It really opened my eyes to the damage we are doing to our oceans.

This documentary follows the career of marine biologist, oceanographer, and explorer Dr Sylvia Earl. Think of her as the David Attenborough of the sea.

You can almost draw a line through this film. On one side is young, curious Sylvia, who sees the ocean as this vast untouchable place to explore. On the other side is the moment she realises that the ocean isn’t infinite — in fact, it’s under threat, and we need to act now to save it.

Now 86-years-old, Sylvia wants to create a global network of marine sanctuaries in order to protect our oceans. But this is not an easy task.

Kip Anderson’s Cowspiracy was a hugely popular documentary back when it was released in 2014. It inspired a wave of vegans, vegetarians, and environmental activists.

It was highly controversial too. Many people have questioned some of the statistics used (the same has also happened with Kip Anderson’s more recent project, Seaspiracy). But nevertheless, the core message behind Cowspiracy remains valid: we eat an awful lot of meat. This planet is consuming far, far more meat than ever before. So, what is the consequence of this?

Let’s be honest, environmental documentaries can be extremely depressing. They make us feel like there’s no hope left. What can I possibly do to tackle this enormous issue?

If you’re looking for a positive, uplifting environmental documentary, Kiss The Ground is the one for you. And it’s about one of the least exciting things I can think of: soil. Somehow, directors Joshua Tickell and Rebecca Harell Tickell managed to make an entire film about soil that isn’t boring, isn’t depressing, and actually makes you feel like you can do something to help the planet. Honestly, just give it a watch.

Although this documentary was released six years ago, it’s still highly relevant today. The True Cost digs deep into the fashion world and unravels every corrupt, unsustainable, and irresponsible element lurking in the shadows of this industry.

I would say this is one of the most extensive documentaries I’ve seen. It takes a subject as monumental as the fashion industry and manages to pack so much relevant, shocking, and insightful information into an hour and a half. You’ll learn a lot.

Finally, we have Honeyland. This film may not strike you as a conventional environmental documentary, but it is.

Hatidze Muratova lives a sheltered yet content life in Macedonia. She supports herself and her elderly mother by taking honey from the local bees. But she only ever takes as much as she needs — never more. After all, if the bees can’t survive, then neither can she.

All is well until suddenly, a new family moves in next to Hatidze, who have a much more exploitive approach to beekeeping.

This is a very intimate documentary which took a crew of six people three years to film. It’s won countless awards. In fact, it’s the first documentary to be nominated for Best International Feature Film and Best Documentary Feature at the Oscars. Not bad at all, right?

Which one takes your fancy? 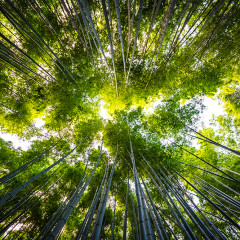 Mission Green: What to Watch