Seven Psychopaths is a surreal exploration of the relationship between violence and human connection, raised to cult classic status by its dark comedic tone and marred in part by elements of meta-misogyny.

A harried screenwriter with a drinking problem and a dog-napping best friend struggle to write a script about seven psychopaths. When his friend kidnaps a shih tzu owned by a merciless crime lord (Woody Harrelson), his life spirals into a mess of bullets, philosophical ruminations and hallucinogenic cactus juice.

The story is wonderfully told, featuring some excellent acting by the main trio, each of them bouncing off of each other perfectly. Without Sam Rockwell, Christopher Walken, and Colin Farrell injecting comedic energy into dialogue so understated that it verges on insanity, the film wouldn’t have reached the creative heights it aspired towards.

But it does, mostly, and a large reason for that comes from its unique use of violence. Every significant relationship in the feature is defined by it . Two of the psychopaths, Zachariah and Maggie, fall in love after a shared traumatic experience, and spend their lives reliving it by hunting down serial killers. The main character Marty is a pacifist, and his best friend Billy tries to connect with him by murdering members of the mafia in order to inspire his writing. It’s almost touching, in a macabre sort of way, when Billy’s diary reveals that he truly believes Marty is the best writer of his generation, and that he wants to be there for him however he can.

Even Hans (Christopher Walken) and his wife, who are a loving and supportive couple, dedicated a chunk of their lives to seeking revenge against the man who killed their daughter. This recurring blend of love and violence is unorthodox to say the least, but somehow fits the movie perfectly. It creates a surreal space where we can accept and sympathise with these characters, despite their violent actions. This strong thematic core allows the lengthy periods of dialogue to be more coherent with the rest of the story, particularly when the characters delve into self-awareness.

It is one of these moments of self-awareness that highlights a key issue with the film. The female characters are simply not good. One is well-written, but the only real influence she has on the plot is when she’s killed. Oddly enough, the film seems to be acutely aware of this, with a comment from Hans about Marty’s script encapsulating the issue. He complains that all of his women characters say nothing for themselves, and get killed off quickly. Marty responds that he’s trying to say it’s a hard world for women, to which Hans replies "yeah, it’s a hard world for women, but most of the ones I know can string a sentence together." It’s a razor-sharp exchange, but it doesn’t change the issue. Simply commenting on the lack of decent representation doesn’t exactly make up for it. Ultimately, the viewer is left to decide how they feel about this.

Regardless, there’s a lot here to be enjoyed. It’s definitely a film where the dialogue and acting take centre stage and certain character moments are worth the price of admission on their own. Maybe it can be a little self-indulgent here and there, but there are very few films quite like it. 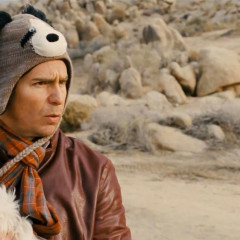 Seven Psychopaths is a surreal exploration of the relationship between violence and human connection, raised to cult classic status by its dark comedic tone and marred in part by elements of meta-misogyny.