Is Disney exploiting fans of Marvel by continuously churning out films and making them pay subscriptions to watch?

Back in 2009 Disney bought Marvel Entertainment for an enormous $4 billion. They quietly sat in the background whilst fans rushed to the cinema to watch all their favourite heroes on screen. It wasn’t until 2020 that we were finally able to see the power Disney holds. The release of Disney Plus was a huge deal. Rivalling other streaming services such as Netflix or Amazon Prime, it quickly became popular. One of the reasons being that people now had access to all the MCU films. Seems great right?

Back in 2018, it was announced that they would be developing several MCU tv series, starring secondary characters to set up ‘Phase 4’. This was incredible news for fans of Loki or Wanda Maximoff for example. It’s not the first time we’ve seen Marvel TV shows, there’s been a few on Netflix such as Daredevil or Jessica Jones. However, the new series’ would be part of the MCU and explore the stories of characters we’d already seen on the big screen.

My question is; is Disney just milking as much money as they can from fans because they know how popular the MCU is? So many people will have had to buy a subscription in order to watch them (myself included). The recent release of Black Widow, also raises some issues. If I’m paying for a Disney Plus account, surely it should include the new film? Wrong. In order to watch the film, I would have to pay £20, to watch it in my own home, with poor lighting, bad sound and my dad constantly walking into the room asking “who’s that character?”. It would far cheaper and a much more enjoyable experience if I had gone to the cinema to watch the movie instead.

With this in mind, it’s difficult not to believe Disney are taking full advantage of Marvel’s popularity. There’s an endless amount of comic characters yet to explore, will it just continue to churn out films until Phase 47? Fans love it though, they don’t mind they’re being exploited because at the end of the day, they adore these heroes and watching them come to life is a magical experience. 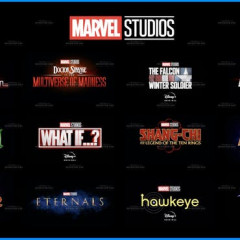 Disney: the greediest place on Earth

Is Disney exploiting fans of Marvel by continuously churning out films and making them pay subscriptions to watch?