Self-isolation strikes theatre. I guess you CAN stop the beat…

One little positive test. That’s all that it took for a week’s worth of West End’s Hairspray performances to be cancelled. And they have a cast of over 38 performers – this isn’t likely to be a one-off event. Waldon, in the Harold Pinter Theatre, recently experienced a similar issue too.

All this proves that the theatre industry is still balancing on the teetering edge of success. Even after July 19th, when restrictions are set to considerably ease, such problems will still plague theatres.

Will the industry ever be secure again?

After August, isolation rules will change to prevent positive contacts from halting massive multi-million productions. But when the industry is built on large crowds and close contact, I wonder if we will ever see a complete disregard for Covid in theatres again.

I have previously discussed how much of theatre’s magic stems from the shared audience experience that comes with live theatre. That’s why venues at half their capacity seem to be falling short of their normal standard. But is full capacity worth risking the closure of entire productions for weeks at a time due to the need to isolate?

The student theatre scene has likewise been plagued by self-isolation laws. This term, a few universities received a government derogation to use the ‘Test to Release’ scheme. This scheme prevents close contacts of positive coronavirus cases from having to isolate, provided that they take a negative PCR test and seven subsequent daily negative LFTs. You would have thought that this scheme became the saviour of student theatre. However, the reality was quite different.

Instead of cast and crew members being forced to isolate due to positive contacts, many ended up having to isolate as positive cases themselves. Shows were being cancelled left, right, and centre. It appeared that reducing the need to isolate did not solve the problem.

All this suggests that the relaxing of self-isolation laws will not be the champion of theatres as hoped. Indeed, it might even make the situation worse…

The theatre industry has certainly proven itself to be adaptable. Two years ago, the closing of a production for ten days would be unheard of, considered disastrous, an impossible problem for all involved. But while it is still immensely difficult to handle, the world is becoming increasingly used to putting their lives on hold for ten days.

There doesn’t seem to be a simple solution to this problem of isolation. Indeed, it may just be something that the theatre industry has to deal with. And while our new reality may be worlds away from our old lives, this seems to be yet another piece of proof of theatre’s tenacity.

As Michael Ball, who plays Edna in Hairspray, recently tweeted in response to the show’s temporary closure, “But the Beat is only paused and never stops!!!”

Let’s hope this hurdle doesn’t stop theatres in the long-run. Isolation may be around for a while to come, but I’m hoping that live shows will be too. 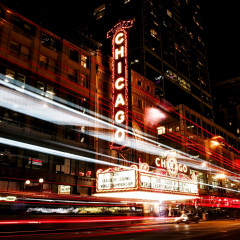 Theatre in Motion: Will we ever escape Covid?

Self-isolation strikes theatre. I guess you CAN stop the beat…