How Epic Game’s Unreal engine is set to plunge us into the Metaverse.

This CogX session, led by Epic Games’ Sallyann Houghton, explores how Epic Games’ creation, the Unreal Engine, has the power to change everything.

Sallyann’s background stemmed from TV production to running her own production company, where she saw things progress from an idea on a piece of paper to a visual spectacle through a camera lens, and eventually on a screen. She says it became clear how gaming technology, augmented reality on top of our real-world, or an immersive world can create valuable experiences.

Houghton then joined Epic Games to ‘be part of the digital revolution’.

According to Houghton, the interactivity of gaming, accessibility of the internet and fidelity of high-end TV and film will come together to create a connected universe, The Metaverse, or a 3D version of the internet.

Within this digital space, people will be able to do everything they can in the real world, with its own robust economy, and time will be persistent — meaning time never stops or pauses, like the real world.

(No, this is not dystopian sci-fi fiction, this is a real concept in the making and, according to Houghton, already happening to some extent). Many scientists, creators and tech engineers within various sectors are working towards this goal.

But first, we need to understand the process behind the metaverse.

What is a game engine, exactly?

There have typically been two types of technology to create 3D content:

GPU based: Used in gaming

CPU based: Historically used in film and TV for things such as green screens.

Here is an example of one of Epic Game’s latest fully immersive and interactive projects, to show how advanced and realistic the technology has become.

Unreal Engine, developed by Epic Games, has been used in various leading video games such as Gears of War, Infinity Blade and Fortnite.

To see technology make its maximum advance, CEO Tim Sweeney decided to make the engine free and accessible to all, which has resulted in its use within the cinematic world, architecture, fashion and the car industries.

So what’s the roadmap for the metaverse?

The idea appears that this accessibility to creators using the Unreal engine will spark further technological advancements.

In reality, nobody knows. It will be a long journey with many collaborations along the way. What I am certain of is that there will soon be a shift in the conversation. The question is no longer ‘what is the metaverse?’; the question is ‘who am I in the metaverse?’ - Sallyann Houghton

This is one of the latest avatar creation projects, which could be further advanced to create our digital versions of ourselves within the metaverse. 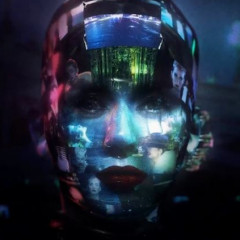 CogX - How Epic Games takes us from real to unreal

How Epic Game’s Unreal engine is set to plunge us into the Metaverse.