Did everybody REALLY love Raymond?

At Voice,we are always keeping up to date with the latest TV shows, dramas and series. Having said that, nothing beats an old time classic. There’s something comforting in the nostalgia of old shows, even if they’re showing their age. Here are some of our favourite forgotten TV shows that are worth the rewatch.

This really was gripping tea-time television, and had us glued to our seats as contestants worked together to win a potential £75,000. This game show culminated in two contestants each picking one of two golden balls – split or steal. The two contestants will then work to either lie and deceive their opponent or be truthful and open with their intentions, before picking a ball that seals their fate. If both split, the money is shared, if one steals, they take the lot, and if both steal, nobody gets anything. You never knew what was going to happen but the show promised an exciting three rounds. It first aired in 2007 and ended in 2009.

Total Wipeout was a British game show, hosted by Richard Hammond and Amanda Byram, which first aired on the BBC on 3 January 2009. In each episode, contestants competed in a series of challenges in an attempt to win £10,000. These challenges were based in large pools of water or mud, and generally involved large assault courses that contestants had to cross. You watched this show to laugh and mock the contestants as they aggressively take on the big red balls. It was very much a British spin on Takeshi's Castle.

Starring the real life fraternal comedy duo of Paul and Barry Elliot as Paul and Barry Chuckle respectively, ChuckleVision provided an introduction to slapstick comedy for countless children across its three decades of airing. The series followed the brothers as they went on adventures or undertook various odd jobs, often for a character named ‘No Slacking’ for his memorable catchphrase. With a simple, upbeat and easy-to-remember theme song and iconic phrases including ‘To me, to you’ and ‘Oh dear, oh dear oh dear’, ChuckleVision is an oft forgotten gem of TV.

The highest rated show on Disney Channel during its original release, That’s So Raven followed the eponymous character (Raven-Symoné) as she used her psychic abilities and resourcefulness to deal with different amusing scenarios during her high school years. With well-casted supporting characters including Eddie Thomas (Orlando Brown), Chelsea Daniels (Anneliese van der Pol) and Cory Baxter (Kyle Massey), That’s So Raven was must-watch television over the course of its four-year run. Such was its popularity, that two spin-off shows were made after its conclusion - Cory in the House and Raven’s Home.

This is a classic American family sitcom that, at its peak, was as popular as Friends. Based on the life of comedian Ray Romano (who is otherwise best known for voicing Manny in the animated Ice Age films), the series is an amusing look at multigenerational family life. There’s Raymond’s stressed-out wife Debra, his mopey brother Robert and his parents Marie and Frank, who constantly encroach on their son’s life to hilarious effect. If you want to delve into a cosy and funny sitcom, Everybody Loves Raymond will be right up your street.

One of the BBC’s most underrated dramas of all time, The Hour follows a group of journalists in the 1950s working against the backdrop of the Suez Crisis. With critical acclaim, an Emmy award and a strong cast featuring Ben Whishaw, Dominic West and Romola Garai, the BBC ludicrously cancelled it in 2013 after only two series. It’s sadly remained underappreciated in the years since, but deserves brand new viewership (if you can track it down online).

If you have watched any of these shows feel free to comment your favourite or any suggestions. We would love to add some forgotten gems to our collection. 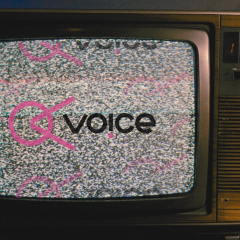 Did everybody REALLY love Raymond?