Ive been witeing a book here is the 2nd chapter!

What is that noise?

"No way I know what you guys are thinking but oh no." Said Emma She was violently shaking her head "I Have never missed a day of school and never will!"

"Oh dont be like that, come on! Evryone wants to!"Nora said

"Dont make me do this guys we need to get jobs have a life you know how we do that right? School!"

"Nora dont do this by yourself. Please just come to school." Said Jay his voice was calm to Nora even though he was the coolest guy at school.

"I was...I mean...Yeah sure I was not-" Nora did not know what to say but she was interrupted by a noise.

"Guys did you hear that too?" Said Tessa

"Um..." They all said Because they all heard it.

"If we are fast we will be in time for school" Said Emma Smiling so they walked into the playground to see the noise.

Slowly they crept over to a window that was in a restricted area. This was because if you peered into the window you could see into the new cleaners office but apparently he needs privacy. Emma whisper-shouted "Nora we are not allowed here!"

"You said we could have a look in the playground." Nora reposed

"Hey dont you guys think its strange that we cant go near this window or like I dunno, go anywere near the cleaner?" Said luke

"Dont you think your exaggerating? I mean we dont know whats going on but still?" Said Emma

"Well," Nora said preparing herself to say a lot "We need to get more information because we don't actually know what is going on.He might just be a shy person and we might be looking too hard for a misery. Or Luke, I don't say it much but, you could be right.If we get proof we'd know." Then they all agreed. They all left the spot and Jake said to Nora "Thanks Nora." He gave her a friendly pat on the back. Then she gave him a smile in return. 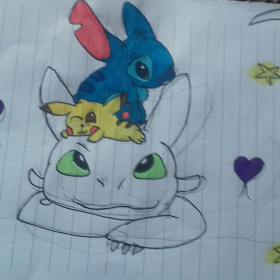 Im Nessa and I love doing art, ever since I was young I tried to copy alot of things I see around me into my art. I also like animals and drawing diffrent creature's and beast's. My favorite colour's are black, blue and I recently started to draw with my computer which has really leveled art up for me. Also I have been doing alot of watercolours too and have done alot of pictures of kittens,lions since I have a cat. 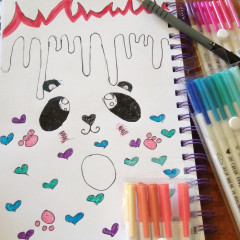 Ive been witeing a book here is the 2nd chapter! 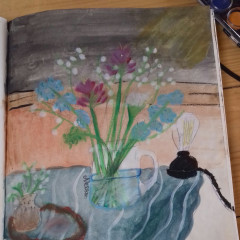