Voice MagBlogsHow was the New Prov…

A fire broke out at a 19-storey block of flats covered in flammable cladding in east London. Has any progress been made since the Grenfell Tower tragedy almost 4 years ago?

On Friday 7 May, flames spread across three floors of the 19-storey Wharf block. The London Fire Brigade said two adults had gone to hospital after inhaling smoke, and a further 38 adults and four children were treated for smoke and shock at the scene after fire swept through the eighth, ninth and tenth floors.

This was only days before repairs on Grenfell-style ACM (aluminium composite material) cladding were scheduled to begin. Ballymore, the owners of the block, said that the cladding removal would resume as soon as possible. The London Fire Brigade says it sent 125 firefighters and 20 engines to the New Providence Wharf development near Canary Wharf and that it took just over two hours to get the blaze under control.

This year at the ongoing public inquiry into Grenfell, Arconic Architectural Products’ president in France, Claude Schmidt, was forced to admit that the company must have ‘misled’ anyone reading the certificate, including British architects. It’s also now known that cladding consistently failed fire tests for 12 years before the fire at Grenfell.

As of 31 January 2021, 461 high-rise residential and publicly owned buildings had ACM cladding systems unlikely to meet Building Regulations. Of the 461 identified blocks, 132 blocks were yet to be ‘remediated’. Freeholders, who own the land the building sits on, are supposed to absorb the cost of making buildings safe where possible, but this is often passed on to leaseholders and flat owners.These leaseholders have had to pay for extra fire safety measures until cladding or insulation is stripped off and the cost can run into tens of thousands of pounds. It can also be difficult for them to sell their property, even if the cladding is classed as low risk.

Survivors’ and relatives’ group Grenfell United said in a statement: ‘We are horrified by the news of the fire at the New Providence Wharf today. When will the Government take this scandal seriously? Enough is enough. The Government promised to remove dangerous cladding by June 2020 – it has completely failed its own target and every day that goes by lives are at risk. Today more people have lost their homes in another terrifying fire.’ 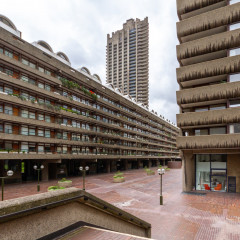 How was the New Providence Wharf tower block fire allowed to happen?

A fire broke out at a 19-storey block of flats covered in flammable cladding in east London. Has any progress been made since the Grenfell Tower tragedy almost 4 years ago?