I weigh out pros and cons of protected areas, looking into biodiversity, climate change, and human rights.

We’ve all heard about the growing number of animals, plants and environments that are threatened with extinction. More land and sea than ever is ‘protected’; areas covering about 15% of the world’s land area and 3% of the oceans. So what are protected areas and what difference do they make?

What are protected areas?

According to the International Union for Conservation of Nature, a protected area is a clearly defined geographical space, recognised, dedicated and managed, through legal or other effective means, to achieve the long term conservation of nature with associated ecosystem services and cultural values. Just over 15% of the earth's land surface is protected and over 7% of the world’s oceans. There are different implications of a protected area across the world. Some parks, similar to the UK’s national parks, cover towns and villages and others are ‘strictly protected’, meaning people are largely banned.

Protected areas – national parks, wilderness areas, community conserved areas, nature reserves and so on – are a common tool of conservation efforts. Effectively managed systems of protected areas have been recognized as critical ways of achieving the objectives of the Convention on Biological Diversity and the UN’s Sustainable Development Goals. Following a joint statement by some of the world’s largest conservation organisations, including the likes of WWF and National Geographic, this year the Convention on Biodiversity (CBD) is set to agree on a new target to place at least 30 percent of the Earth’s surface under conservation status by 2030.

So, what’s the issue?

Conservation NGOs say that their ‘30x30’ will mitigate biodiversity loss, which in turn is critical in ‘averting catastrophic climate change’. Protected Areas are proposed as a key solution to save our planet and the 30% plan has been endorsed by political leaders across the world. Jill Tiefenthaler, CEO of the National Geographic Society said; ‘This effort goes to the heart of our mission to protect the wonder of our world,’ and the famous David Attenborough has also voiced his support.

But looking beyond the surface seems to expose a range of worries with the plans. How do protected areas stop biodiversity loss? If they’re a climate change solution, why haven’t they made a difference? And what’s so special about the number 30?

The biggest positive of the protected area seems to be the reduction of wildlife loss. Each year there are a number of species that move away from the extinction zone on the IUCN Red List. In a recent study published in Conservation Letters, researchers estimate that between 28 and 48 bird and mammal species would have gone extinct without the conservation efforts implemented when the Convention on Biological Diversity came into force in 1993.

However, high percentage targets seem to have pushed organizations to proclaim protected areas in places where they are easiest to establish and make least difference. Many protected areas are residual — leftover areas of the world pushed to the margins where they least interfere with extractive activities such as agriculture, mining, or forestry. A 2017 study found that ‘both old and new protected areas did not target places with high concentrations of threatened vertebrate species. Instead, they appeared to be established in locations that minimize conflict with agriculturally suitable lands’. On land, protected areas are mainly remote or high, cold, arid, steep, and infertile. Protecting these areas makes the least amount of difference.

Not only are areas strategically protected, the current model of protected areas have been shown to be generally poor at preventing wildlife loss. Researchers from Copenhagen, Bogor and Cambridge University, compiled data from 12,315 PAs across 152 countries in a unique research project to assess the global efficacy of protected areas. They concluded that while ‘many PAs are effective, the large focus on increasing terrestrial coverage toward 17% of the earth surface has led to many PAs failing to stem human pressure’. They cautioned against rapid creation of protected areas and called for ‘quality over quantity’. While protected areas are perceived as key conservation instruments, scientists actually know very little about their effectiveness at safeguarding biodiversity.

Climate change and the magic 30%

While the links between protected areas and wildlife loss is understandable, the one between PAs and climate change is far more dubious. And the truth about 30% is that it isn’t a scientific threshold or special number. It is completely arbitrary. Brian O’Donnell, the director of Campaign for Nature said ‘Climate change and biodiversity loss are two sides of the same coin... It is still possible to stay at 1.5°, just as it is still possible to safeguard the world’s oceans and restore depleted marine areas. But without significantly accelerating the pace and scale at which nations are protecting the ocean, we risk failing at both.’

If the world produces the same pollution as now, then it does not matter if 30% of land is ‘protected’. The effect on the climate remains exactly the same. Take Marine PA’s for example: around 6.35% of the ocean is protected but increasing that number doesn’t reduce the overall climate change impacts on oceans, such as ocean acidification and warming. Stopping the harm to oceans means substantial cuts in greenhouse gas emissions. So, it’s important to keep in mind that protected areas cannot be a substitute to actual climate change solutions.

As I mentioned before, the 30% target has been set without a prior assessment of the social impacts and conservation effectiveness of the previous drive for 17% terrestrial protected areas. The 30% figure has no scientific significance and the prioritisation of quantity over quality is highly concerning.

Another issue raised by critics of the ‘30x30’ plan says that PA’s increase human suffering. In 2019, Buzzfeed journalists exposed WWF for their severe human rights abuses. Protected areas across the globe have led to displacement and eviction of indigenous people. ‘Fundamentally, the problem is not so much the number as it is the approach,’ said

Andy White, a coordinator at Rights and Resources Initiative, a nonprofit that advocates for land rights. For local and indigenous peoples in Africa and Asia, the creation of PA’s on their lands has often been done without their consent, bringing violence and destruction into their lives. The current targets contain no effective safeguards to protect the lands, rights and livelihoods of Indigenous Peoples and other land-dependent communities in conservation programmes.

Human rights organizations Survival International says the ‘30x30’ plan ‘will have terrible consequences for our environment and tribal peoples. It will steal the lands from those best placed to protect it and will divert the attention from the roots of the environmental destruction. Many protected areas invite mass tourism, and are often home to trophy hunting, logging, and mining operations.’ Victoria Tauli-Corpuz, the UN’s Special Rapporteur for indigenous peoples, points out that indigenous land contains 80% of the world’s biodiversity despite making up only 5% of the population. Research shows that land managed by Indigenous peoples often holds as much biodiversity as protected areas. Surely conservation NGO’s should look to indigenous peoples and other rural communities for guidance in protecting biodiversity instead of harming them?

There’s certainly more to protected areas than meets the eye. It’s important to keep large conservation NGO’s accountable to their actions and make sure that their work is effective and actually protects nature, instead of meeting statistics.  It’s vital that real solutions are put forward to address these urgent problems with PA’s and that the real causes of climate change, like emissions and overconsumption are tackled. The current way the western world lives is damaging the planet. But we’re not intruders: we’re part of the ecosystem we live in. The sooner we understand that, the sooner we stop treating the planet as an external object to be exploited. 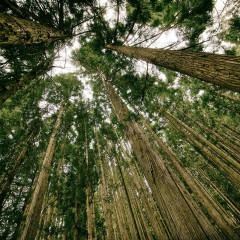 I weigh out pros and cons of protected areas, looking into biodiversity, climate change, and human rights.