A watershed moment in the history of football that is driven purely by greed in the midst of a global pandemic, the proposed competition stands to negatively affect the sport.

On 18 April 2021, plans for a footballing European Super League (ESL) were released online, with six English teams slated to participate in the competition, in addition to six other clubs from the continent. Investment banking firm JP Morgan has confirmed that it will finance the venture. The competition is ‘intended to commence as soon as practicable’ and will see the participating clubs break away from the existing UEFA Champions League format, to be replaced by ESL midweek fixtures.

Numerous organisations within football, including the Premier League, FIFA, and UEFA have criticised the move, and participating clubs have been threatened with bans from domestic competitions. Players could also be barred from representing their countries in international fixtures.

My initial reaction to the announcement was one of dismay, though I was unsurprised as rumblings of such a move have been in the ongoing since 2018. Despite the ESL’s claim that the competition will facilitate regular high-intensity and blockbuster fixtures, the prime incentive for participating clubs will undoubtedly be the forecasted financial benefits that the ESL is expected to generate. Founding Clubs in the competition will be set to receive €3.5 billion to ‘support their infrastructure investment plans and to offset the impact of the COVID pandemic’. This prospect will be enticing for various clubs who are currently in debt, including FC Barcelona and Manchester United.

However, the proposal will undermine any notion of a competition, as there are no consequences for poor performance: Founding Clubs cannot be relegated, and will stand to consistently prosper from the income that will be generated both by the competition and the inevitable television broadcasting deals that will be struck for unfathomable sums of money. This will then have a ripple effect on domestic leagues, as a huge financial disparity will be created between ESL and non-ESL clubs, allowing the former to attract the best players and potentially monopolise domestic competitions.

The concept that regular high-profile fixtures will create consistently entertaining football matches for fans is also flawed, as the normalisation of a so-called ‘big match’ occurring every week will only serve to dilute the fanfare and excitement that surrounds such fixtures. Supporters appear to be united in their condemnation of the proposal, while pundit Gary Neville offered a particularly scathing review, and UK Prime Minister Boris Johnson has spoken out against the proposal as well.

At its core, the ESL fundamentally represents an unfettered money-grab in the aftermath of an economic recession and an ongoing global pandemic, disguised as an attempt at creating an alternative sporting solution. 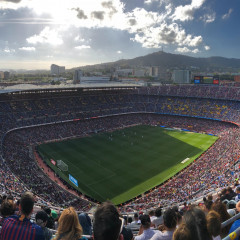 A watershed moment in the history of football that is driven purely by greed in the midst of a global pandemic, the proposed competition stands to negatively affect the sport.