With the advice that the AstraZeneca vaccine should not be offered to those under 30 due to concerns around a rare blood clotting syndrome, the parallel risks of contraceptives have been raised.

Following reports of people who had their first dose of the AstraZeneca vaccine later developing a blood clot, the current risk percentage stands at 0.0004%. This has led to rapid and decisive action, as the UK’s Joint Committee on Vaccination and Immunisation (JCVI) have instructed that healthy people under the age of 30 should be given a different vaccine.

This high-profile focus on blood clotting has reignited discussions around the risks of combined hormonal contraceptives. These include vaginal rings, the combined pill and patches, all of which contain oestrogen and progesterone. The pill, which remains the most popular form of contraception, carries increased risks of fatal blood clots, high blood pressure and breast cancer.

Sexual health experts have highlighted the need for improved access to information on these health risks and more opportunities for people to choose between different contraceptive methods. A 2020 government report found that “Women in England are facing increasing difficulty in accessing contraception which suits their needs. This is due to a combination of funding cuts and a fragmented commissioning system which means that care is not structured around women's needs.” This also affects trans men and those who are non-binary.

Much like the current fears surrounding the AstraZeneca vaccine, 1995 saw a ‘pill scare’ as the government advised that women stop taking certain brands of the pill to avoid blood clots. This affected over 1 million women and led to an increase in unintended pregnancies, costing the NHS £21 million for maternity care and from £46 million for abortion provision.  The advice has since been found to have been based on incomplete data.

There have been trials for male contraception which include gels and injections. One such trial was almost 100% successful in preventing pregnancy but was halted due to side effects of mood swings, muscle pain and acne, all of which are common and accepted side effects for women on hormonal contraceptives.

The running themes surrounding the topic of hormonal contraception and its risks appear to be misinformation, lack of attention and dismissiveness. The care given to the possible risks of the vaccine should also belatedly be extended to those who take contraception and have to live with the side effects every day. One thing the Astrazeneca vaccine has been successful in is underlining systemic inequalities in healthcare when it comes to gender. 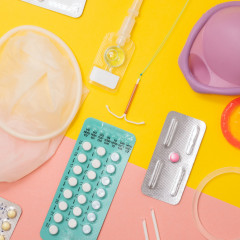 With the advice that the AstraZeneca vaccine should not be offered to those under 30 due to concerns around a rare blood clotting syndrome, the parallel risks of contraceptives have been raised. 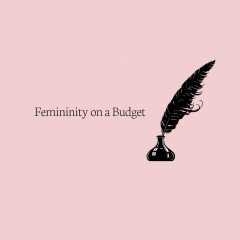