Ever wondered why a popular show gets cancelled by Netflix after just two seasons? Read on to find out more…

A great variety of Netflix’s most original, exciting and ambitious shows keep getting cancelled. If you’re a Netflix user, it’s highly likely that a show you love has faced the chop – in 2020 alone, Netflix has canceled 18 of its original series. Of those, 14 had only one season, which is certainly not enough time for these shows to reach their full potential. But as the most famous and well-renowned streaming service, why has Netflix cancelled so many well-loved and potentially ground-breaking shows prematurely?

Speaking at the TCA press tour in 2018, Netflix's now former vice president of original programming Cindy Holland explained the factors involved in renewing or cancelling shows. According to Holland, Netflix has to decide whether or not they're ‘getting enough viewership to justify the cost of the series.’ In other words, every show must bring in more and more money to convince the company to invent in a show. This might be an attempt by the company to replicate the breakout success and popularity of Stranger Things in 2016. In cases like this, the high viewership can easily balance out the hefty costs of making the show. Smaller shows that do not reach the mega-hit status of Stranger Things and The Crown just might not have enough viewers for Netflix to consider them a success.

For many of us, it might seem disappointing that such a large platform like Netflix is disregarding the opportunity for smaller TV shows to become something great. Often, shows need room to develop and grow before they become truly great. Sometimes this takes more than one or two seasons: arguably, programs such as Brooklyn Nine Nine and Black Mirror have benefited greatly from their longer series runs. In the first couple of seasons, creators experimented and learnt from their shows and the reception to them. This allowed them to reach their full potential.

Some smaller shows with only one or two seasons still develop powerful fan bases, desperate to prevent their favourite shows from getting cancelled. There's a hashtag for nearly every canceled Netflix show, with fans rallying and calling en masse for renewal. Under nearly every Netflix tweet or Instagram post, fans comment about their cancelled show. Some fans have even staged protests outside Netflix headquarters and crowdfunded billboards in order to get Netflix's attention about a particular show. I can understand their anger and frustration; after all, what’s the point of starting to watch a show that’s not guaranteed to end? And how long will it be until viewers decide to stop investing in Netflix itself?

Netflix's mega-hits are fairly few and far between, and despite the search for the big hit, audience sizes that would be positive for other networks or streaming services don’t seem to be enough for Netflix. Even the impressive lengths fans go to in order to stop cancellations often don't yield the desired result of renewal. Fans of Sense8 got a movie to tie off loose ends and the cancellation of sitcom One Day at a Time caused such uproar and outrage that the show was eventually rescued by Pop TV. These examples, however, are more like exceptions to the rule rather than examples.

Although largely driven by data, Netflix doesn't actually release its viewership numbers to the public, so the average viewer can't find out whether a show is a hit until a decision is made by Netflix about its future. Of course, Netflix’s decisions on cancellation are probably more nuanced and complicated than we on the outside can understand, but from our perspective, it looks as if Netflix does cancel shows for mainly financial reasons. At the same time, they also are continually investing in new TV shows in order to find the next big hit. These shows might get only one season and in this way, Netflix seems to be prioritizing quantity over quality and longevity. As we don’t know the viewing numbers of shows, we can't be certain how many people have watched episodes or seasons of any original show made by Netflix and so we don’t know what threshold a show must reach to be considered a ‘renewable’ or ‘successful’ by Netflix.

Some believe that Netflix employs this strategy in order to keep gaining new subscribers. If a show hasn’t grown significantly in popularity over a season, then Netflix thinks that it’s unlikely to gain any new viewers. This could mean a show that consistently has a medium-sized viewership and fanbase could be pulled by Netflix, as it’s no longer attracting new viewers. This is linked to the way in which the streaming service model works and sure enough, the company has released more than 113 new shows in 2020 alone. The overall strategy seems to be giving subscribers endless options for new shows to keep them hooked. But this approach makes Netflix's catalogue much less engaging in the long run, especially for long-time subscribers who are looking for TV series to commit to.

Another point to note is the type of shows that are cancelled: many of these shows star or are created by women and people of color. Shows like One Day at a Time, Glow, I Am Not Okay with This, Everything Sucks, Anne with an E and even the political satire chat show Patriot Act are part of a growing list of shows that tackled important subject matter.

Netflix’s lack of transparency makes it hard to pinpoint the exact reason why shows get cancelled and although Netflix isn’t losing subscribers yet, it’s data driven policies risk alienating viewers and fans. The hundreds of unfinished series are certainly not improving Netflix’s reputation. As more and more streaming services appear, Netflix will need to keep it’s audience happy to have any chance of staying at the top. 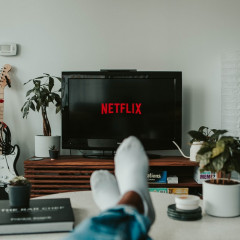 Why does Netflix keep cancelling shows?

Ever wondered why a popular show gets cancelled by Netflix after just two seasons? Read on to find out more…