Actress Thandiwe Newton’s reclaiming of her Zimbabwean name is the latest proof that the media and entertainment industry holds little regard for non-white names.

It turns out that having a decades-long successful acting career with BAFTA and Emmy awards doesn’t stop your name from being misspelled, as Thandiwe Newton revealed that her name was anglicised to ‘Thandie’ in the credits of her very first film. This then continued in every production she featured in for the next thirty years.

Thandiwe means “beloved” in Shona, which is one of the most widely spoken Bantu languages in Zimbabwe, where the actress’s mother is from. Thandiwe told British Vogue “That's my name. It's always been my name. I'm taking back what's mine”. All of her future work will be credited to her real name from now on.

Another related case saw 2019 Love Island contestant Yewande Biala hold co-star Lucie Donlan publicly accountable for refusing “to call me by my name because it was too ‘hard to pronounce’”. Love Island winner Amber Gill also stated that Donlan asked Biala if she could call her ‘Y’ instead of Yewande.

A single letter taken out of a name or an abbreviation may seem inconsequential to some. But any persistent misspellings, alterations or mispronunciations of non-white names is disrespectful and harmful. The blog article ‘Names are Sacred’ expands on how problematic it is. People of colour shouldn’t feel that they have to alter their names to sound more palatable to white people, and learning someone’s name is an act of basic respect. 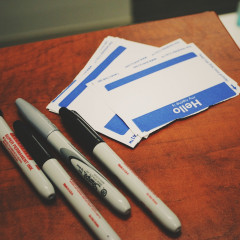 Systemic dismissal of non-white names in media needs to end

Actress Thandiwe Newton’s reclaiming of her Zimbabwean name is the latest proof that the media and entertainment industry holds little regard for non-white names.