Disguised as a romantic coming of age movie, Dirty Dancing is a deeply political and feminist movie.

The story of Baby and Johnny at Kellerman’s resort in the summer of 1963 is remembered for its flashy dance sequences, iconic songs and, of course, the infamous lift. The movie stars Jennifer Grey as Frances ‘Baby’ Houseman who is vacationing at a resort with her family. Baby enters the society of the rowdy working-class staff at Kellermans, worlds away her privileged family, and falls for Johnny, a charming dance instructor. From this description, the movie might seem like a predictable John Hughes-esque rom-com, but in reality Dirty Dancing is all about class, feminism, consent and abortion.

Released in 1987, the story was actually based on the experiences of writer and teenage mambo queen Eleanor Bergstein, who once said of the project, ‘there’s not a second in it that isn’t in some way part of my life and my history.’ Like the protagonist Baby, Bergstein was born into a Jewish family, has one older sister and a father who was a doctor. The family spent summers in the luxury resorts in the Catskill Mountains. Her debut in screenwriting was a movie called It's My Turn, starring Michael Douglas. The producers of the movie cut a dance scene from the script, sparking Bergstein to write a story solely focusing on dancing. Dirty Dancing itself was shot on a modest budget and the film received mildly positive response — but over the following month, through word of mouth, the film became one of the highest-grossing films of 1987.

The movie is embedded with many lessons: how to stand up for yourself, why helping others without judgement is important and what consent looks like. Slipped into an engaging plot is commentary on social issues and the abortion subplot is most blunt message Bergstien threads through the film. Johnny’s dance partner Penny has been knocked up by Robbie, a sleazy young waiter, employed by the owner of the resort because of his rich college boys. After learning that Robbie has refused to financially help Penny, Baby secretly gets money from her father but the doctor they go to is a fraud, and Penny falls seriously ill.

Set 10 years before the landmark Roe V Wade case, the illegal abortion subplot was important to Bergstein, who told Cosmopolitan in 2017, ‘My sense is if you’re going to put something like this in, you better rhythm it so precisely into the plot that when the day comes… when they ask you to take it out, you can’t without the movie falling apart. Because if it can be taken out, it will be.’ The subplot is tightly wound into the movie, and there are explicit discussions about the fact that Penny has no other choice but an illegal operation, due to the laws at the time. Baby never judges or questions Penny’s choice. Bergstein said ‘if you do a documentary on coat hanger abortions, the only people who see it will be those who agree with you anyway. If you put one in a wide-based musical with pretty clothes, and lots of romance, it may surprise people and make them think of things they didn’t think of before.’

At the time of its release, Dirty Dancing was one of a select few films with a strongly opinionated female character, determined to change the world for the better. This is another strength of Dirty Dancing: Baby is an active protagonist, standing up to her father, defying expectations, and sticking to her values. When her father does not live up his principles and help Penny, her courage and questions help her father to change and grow. But the movie is also critical of empty altruism — at the start, we learn that Baby wants to join the Peace Corps and help people, but she doesn’t understand what it takes to actually do this. Johnny nicknames Baby ‘Little Miss Fix-It’ and makes fun of her for using her wealthy father to solve problems. By the end, Baby learns to recognise her flaws, take criticism from others  and most importantly, we see her learn true empathy and become a better person.

Behind the scenes, Patrick Swazye and Jennifer Grey’s relationship was less than perfect, but on screen their chemistry is incredible to watch. Their playful and intimate romance ended up defining their future careers. Grey was nominated for a Golden Globe for Best Actress for the role, and rightfully so, managing to pull off the balance of Baby’s passion, naivety and privilege. Baby’s complexities only makes the relationship between her and Johnny Castle more interesting to watch. Johnny and the other male characters in Dirty Dancing are also suitably refreshing. We see them cry, be vulnerable and speak emotionally.

Dirty Dancing works as entertainment but the political undertones are as relevant and important now as ever. Not many films can include so many elements so elegantly and so timelessly. If you see past the pink dresses and dance sequences, you’ll find the truthful coming-of-age story of a passionate young women —  and an enduing piece of feminist cinema. 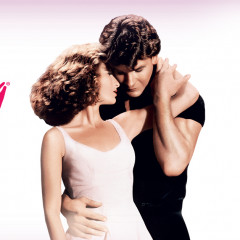 Disguised as a romantic coming of age movie, Dirty Dancing is a deeply political and feminist movie.