Last month as part of my ‘Mission Green’ series, I looked at music festivals, and how they are working to become more sustainable. This month, I’m back with a new topic to dissect: books.

The publishing industry has been doing pretty well during the pandemic. More than pretty well actually, it’s doing amazing! More than 200 million physical books were bought in the UK during 2020, which is the highest it’s been since 2012. Not bad considering book stores have been shut for most of the past year, right?

But while the book industry is booming, this does come at a price. It’s been said that book manufacturing emits 40 million metric tonnes of CO2 annually.

So, what can be done to reduce the environmental impact of an industry that relies on trees being chopped down, products being transported worldwide, and huge amounts of energy to meet customers’ reading demands?

Is it as simple as switching to screens?

E-books generally have a significantly smaller carbon footprint than paper copies, simply because there’s no printing involved. There is also the matter of convenience, which is why many of us have bought Kindles, tablets and the like in recent years.

However, the digital vs. printed book debate is actually a bit more complicated than it may seem. While e-books are generally considered the greener option, that doesn’t mean they have no environmental impact. The manufacturing process produces plenty of greenhouse emissions, old or broken tablets still contribute to waste, and these devices rely on electricity, after all.

According to Cleantech Group, manufacturing one kindle produces 168 kilograms of CO2, whereas a paper book only produces an average of 7.46kgs. So, if you’re a light reader who only uses your Kindle occasionally, there’s a chance you’ll actually be better off reading paper books from an environmental perspective. It’s all down to the individual’s reading habits.

Emma Rich, who led Cleantech’s research, concluded: “less frequent readers attracted by decreasing prices (of e-books) still can break even at 22.5 books over the life of the device.” So, in other words, go big or go home. You have to read enough to actually make it worth investing in digital books, otherwise you aren’t giving your Kindle enough opportunity to overtake paper books as a greener option.

Set in our ways, but willing to explore

But there’s another issue when it comes to e-books. You see, I don’t know about you but I much prefer a printed book. I like having something physical to hold. I like looking at a book’s cover. I like carrying it around with me. I like folding the pages and watching a fresh, new book turn old, tattered and crumpled over time. It’s the sign of a loved book, after all.

But is that really enough of an excuse? Perhaps our stubbornness to stick with paper books can be translated into ignorance. Just because I’m used to reading a paper book, that doesn’t mean I can’t change or adapt for the benefit of something as important as the environment. Maybe I should be trying harder. Maybe we all should be.

Because, you see, I’m not the only one. The millions of paper books sold last year speak for themselves. In fact, a study on Statista revealed that a mere 5% of UK readers exclusively use e-books. On the other hand, over a third of us only read paper books. We aren’t willing to give them up.

But, if you look at this situation a little more broadly, it’s not a completely lost cause. For instance, while less people may prefer e-books, alternatives like audiobooks and podcasts have blown up in recent years. Last year, 15.6 million people listened to podcasts in the UK. So, although less people are switching to digital books, more people are broadening their options. That doesn’t mean these substitutes are necessarily overtaking paper books, but they are worth acknowledging nevertheless.

However, switching from paper to digital isn’t the only way to make the book industry more sustainable, and as stated above, isn’t likely to happen any time soon. Printed books aren’t going anywhere, so we must look into ways to make the manufacturing stage more environmentally friendly.

In the UK, we could fill 103,000 double decker buses with the amount of wastepaper sent to landfill every year. And this is why more needs to be done to reuse or recycle books.

There’s plenty of stores (physical and online) which sell second-hand books, such as World of Books and Awesome Books. Increasing a book’s lifespan is much more sustainable than printing new ones (and between you and me, second-hand ones tend to be much cheaper).

Public libraries are also a great way to get hold of books sustainably. But they are a dying breed, with over 800 libraries closing in Britain since 2010, mainly due to funding cuts. This is disheartening.

However, community micro libraries are on the rise. You might have seen an abandoned telephone box in your area now stuffed with books, or a shelf fixed up on the side of your local shop or café. Although micro libraries are small, and often ignored or even vandalised by locals, they can be mighty, with over 90,000 of them worldwide (you can find one near you on Little Free Library’s online map). 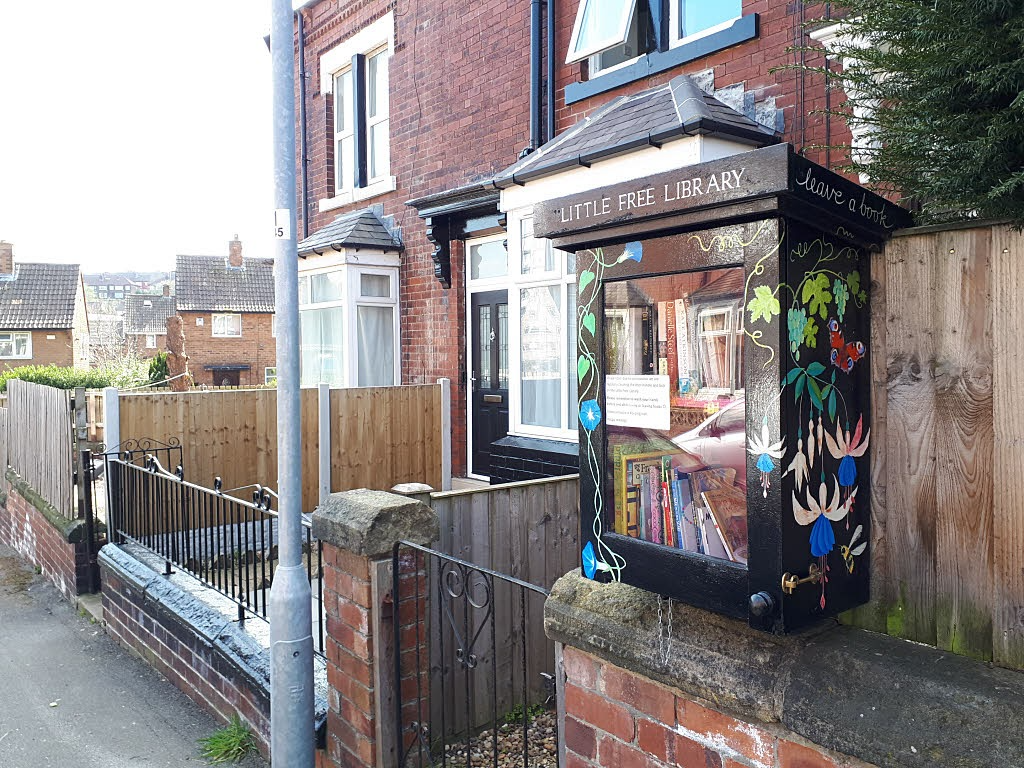 While things like purchasing an e-book or shopping second-hand put responsibility on the reader, publishers need to do their bit too. Luckily, many are, although there’s still a lot of room for improvement.

Penguin Books, one of the most popular publishers out there, print 100% of their products using sustainably sourced paper. They also aim to be carbon neutral by 2030. Of course, saying something and actually doing it are two very different things, but it’s a start at least.

Meanwhile, Harper Collins, another of the UK’s biggest publishers, has ‘zero to landfill’ offices and have stated that they “take sustainability and environmental impact very seriously, and mark celebrations such as Recycling Week with internal events”.

Many publishers, such as The Book Company, plant trees to offset the carbon that is emitted during book production. This is a fairly simple way of achieving carbon neutrality – except it’s not always done properly.

Often, businesses and organisations will plant lots of the same type of tree in one place, which doesn’t offer much opportunity for biodiversity or for a promising ecosystem to develop. Planting identical trees also limits their resilience, and puts them at risk of being completely wiped out by pests or disease.

So, while it’s great that many businesses – publishers included – are doing more to help the environment, it must be done strategically. There’s a fine line between doing something with genuine good intentions, and simply planting a load of trees as a publicity stunt to make a company look like they care.

Instead, many experts, such as Nathalie Seddon who directs the Nature-Based Solutions Initiative at the University of Oxford, recommend “restoring land to how it was before human intervention”. Perhaps more publishers should be looking into this.

Thinking outside the box

There are other ways to tackle this problem though – and some less conventional strategies do in fact have a lot of potential. From vegetable based inks to reduce toxic emissions, to using more sustainable shipping methods, there’s a lot more to be done.

The publishing industry is huge and while they’re already doing a lot of good, there’s definitely a long way to go. Perhaps the next time you decide to purchase a new novel, you’ll wonder, ‘what impact did this book have on our planet?’ 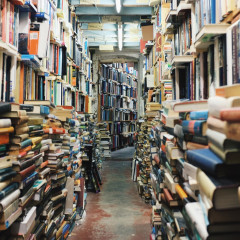