It’s the last week of February, and we could already fill a book with the events of the year so far. I’m not sure anyone would read it because it’s bad enough living it, but the option is there. This week we have everything from Royals spilling the beans to a different kind of royalty being the victim of a dog knapping. Cancel culture strikes again, as does Covid, as it claims the lives of half a million people in the US. 2021 will go down in the history books, but for what? Well, the jury’s still out on that one.

The world is waiting with bated breath for Oprah’s exclusive with Prince Harry and Meghan, where it is said they will spill the tea on all the drama that surrounds them. However, we weren’t expecting Prince Harry to appear on James Corden’s Late Show, where the two rode around on an open-top bus in LA and Prince Harry spoke on fatherhood, the Queen, and who he would like to play him in ‘The Crown’. The Prince seemed very relaxed in Corden’s company as he told him why his and Meghan’s move to LA, and you guessed, the British press is pretty much to blame.

The World’s A Little Blurry

Billie Eilish’s documentary, ‘The World’s A Little Blurry’, touched down on Apple TV+ on Friday, giving people an insight into the popstar whose success seems to have appeared overnight. Of course, there’s certainly more to it than that, and the documentary gives us an extremely personal look at how the six-time Grammy winner rose to fame by recording all her songs in a makeshift studio in her brother Finneas’s bedroom. TWALB has caught everyone’s attention, fan or not, as Billie gets candid about mental health, growing up, and adapting to life as Billie Eilish.

Half a million deaths and counting

Although this may not come as a shock, it’s still devastating – America’s Covid death toll has reached 500,000. It is not surprising considering under Trump, American’s were essentially told the virus was a myth and America was invincible. The handling of Covid under Trump was nothing more than abysmal, and unfortunately, American’s are now paying the price. My thoughts go out to those who have lost people from Covid, and I hope that light appears at the end of America’s tunnel sooner rather than later.

I know that we practically swim in an ocean of sad and bizarre news, but this made me look twice. Lady Gaga’s dog walker Ryan Fischer was the victim of an armed robbery, where the assailants shot Fischer twice and then stole the singers two French bulldogs. You’ll be pleased to hear that the Bulldogs were returned unharmed, which is somewhat unsurprising as Gaga put out a $500,000 reward. Ryan Fischer survived the attack – thank God – but no arrests have been made. With dognapping on the rise across the world as puppy shortages continue because of Covid-19, this probably won’t be the last story we hear.

Gina Carano gets ‘cancelled’ because of continuous poor taste comments

Say what you want about cancel culture, but it has proved useful many times in removing people who inadvertently (although completely unprovoked) out themselves as people with abhorrent views or opinions. This week on the hit list is Gina Carano, most likely known to you as Cara Dune from Disney+ shining star, The Mandalorian. An outspoken anti-masker, and general supporter of fringe right-wing opinion, Carano semeed to break the camel’s back when she compared the treatment of Republicans in the US to the treatment of Jews in Nazi Germany. Nothing else needs saying, other than to question when (or if) people will learn that social media is not a confessional for all the ridiculousness you think or feel. Disney and Lucasfilms have stated they have no intention of working with Carano again. 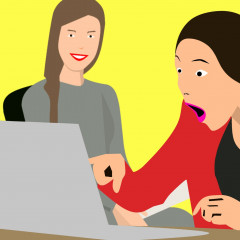