How university students are coping during lockdown

For many, moving away from home to attend university is one of the most terrifying experiences of a young adult’s life. Unsurprisingly, it hasn’t constituted a major problem this year.

Back in January, students were advised to remain at home unless absolutely necessary. But whether they found themselves working at home or fighting for library spots on campus, the university experience has certainly taken an enormous hit over the last few months. I spoke to three students to find out their concerns about the current situation, and whether the latest lockdown has affected any of their plans for the future.

“I feel like I’m constantly working without my glasses on”, Hannah, a student at Leeds University, confided in me. “I struggle to properly take anything in. I’m worried I’m not getting all the content I need.” Without face-to-face teaching, all three students felt as if they were falling behind in their degrees. University work is designed to be independent, but with as few as two contact hours a week, the students felt unable to assess their progress. “I just wish there was someone checking up on my academic development every once in a while,” Hannah told me.

But it wasn’t simply academics that the students were worried about. “This isn’t what university is supposed to be like,” said Toby, from Durham University. “I feel like I’m missing out on the full experience – the socialising, the societies, the career opportunities. You only get to do this once.” Back at university, Toby noticed the enormous absence of activity this term. Instead of university providing the chance for students to develop their maturity, to make different contacts, to try out new hobbies, it’s become the dearth of creativity. Hannah agreed, emphasising that an online degree, without any of the social benefits that university normally brings, wasn’t what she’d signed up for.

And all three students were concerned about money. “It’s not fair we have to pay the full amount,” stated Lauren, from the University of Exeter. “We don’t have access to the resources, the facilities, the teaching time. Rents are extortionate when you’re not allowed to return”. Indeed, the ‘Rent Strike Now’ campaign was initiated in January by students demanding refunds on the rooms they are advised against using by the government. Over 45 universities have joined the strike, and many more students in private accommodation find themselves begging landlords to release them from contracts. Meanwhile, university fees have not been reduced even marginally, despite other forms of fee-paying educational institutes, such as private schools, offering at least a 10% discount this year.

But the largest concern of the students was their mental health. “There’s just nothing to inspire you to work,” said Toby. “What have we got to keep us sane and productive?” And this wellbeing problem seemed to affect the students whether at home or at university. “It’s hard to keep going,” Hannah revealed, “There’s very little support available. Even though everyone is struggling during this lockdown, there are few mental health concessions for students.”

Those who had returned to university also felt extremely isolated from their home life, and, with only a handful of their friends returning, their household bubbles were severely depleted. “I’m in a bubble of only two people,” revealed Lauren, “And we’re not allowed to see anyone else. It’s difficult being away from home for the first time and having only one other person to talk to.”

And with deadlines approaching and exams on the horizon, all three students agreed that the stresses of working in a lockdown were building.

Finally, I asked the students whether their plans for the future had been changed by the current situation. “I want to take a masters now,” laughed Hannah, “I’m getting my university experience if it kills me!” But not all the students were quite as optimistic. “I’m thinking about retaking the year,” Toby told me. “I feel like I just haven’t got through my work enough.” Lauren also admitted she was contemplating a resit.

With over 2.38m higher education students in the UK, you would expect the government to establish lockdown provisions for them, especially since they constitute the new generation of voters. Yet their names barely get a mention in press briefings. There are clearly financial, academic, and welfare issues which must be addressed by higher education institutions, and voices which need to be heard by the government.

It is clear that there will be many reparations needed to restore the university experience to its former glory when the time comes. Let’s just hope by then it’s not too late. 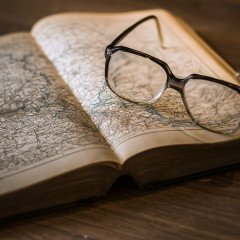 Studying from home: £9k for a zoom subscription?

How university students are coping during lockdown 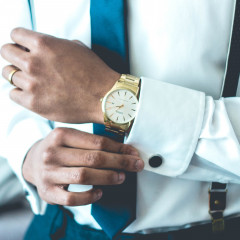