Want to get the year off to a good start? Start with these recommendations.

To get through Lockdown 3.0, we all need a bit of cheering up and that definitely includes some good art and culture. This month, I’ve got a couple of recommendations that I’ve enjoyed during January and that have also taken my mind off the news.

Like many, I finished the festive season by bingening this series, starring Anya Taylor-Joy and Thomas Brodie-Sangster. There are some themes of grief and addiction, but this series is mostly about one girl’s obsession with chess. By the end of the show, I understood why all my friends had been raving about the show.

Right now, I think that nothing is better than escaping the four walls of my house and being taken to the sitcom world that is WandaVision. This show is a wonderful return to the MCU and I would highly recommend it to everyone; even those not overly invested in Marvel movies. I love how the release of this show every Friday and subsequent speculation simulates the feeling of a film release – something I hope we can experience again soon!

An old favourite, The Devil Wears Prada is just a rewatchable gem. The cast is extremely talented and the costumes are so much fun. Watching Meryl Streep be a complete diva is an added benefit and with minimal angst, this is the my comfort watch of the month!

The Personal History of David Copperfield

This film is a gem! The Personal History of David Copperfield, is the 2019 adaptation of Charles Dickens’ semi-autobiographical book. Set in the 1800s, it’s a whimsical, fun and gentle period drama with many familiar faces, including Ben Wishaw, Benedict Wong, Tilda Swinton and Dev Patel in the starring role.

Not Waving, But Drowning

This month, Loyle Carner’s Not Waving, But Drowning has been on repeat. It’s chill vibes, gentle keyboard and soft rap delivery have been keeping me company as work. If you’re about alternative or lofi hip-hop, this might be a great album for you to listen to.

Rina Sawayama’s single from her debut album, Sawayama, XS is simply an incredibly catchy, 2000's-esque, pop song: it’s a great song to lift your mood. Despite being released last year, it’s still a track I reach for. While some love it’s deep meaning and critique of consumer culture, it’s also just an amazing song to energise and get your day to a good start! 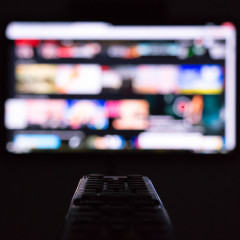 Want to get the year off to a good start? Start with these recommendations. 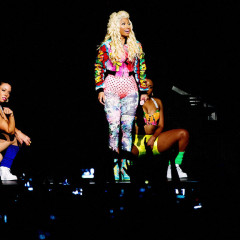