To say that Michaela Cole's critically acclaimed drama I May Destroy You is brilliant feels like an understatement.It takes the commonly experienced trauma of sexual assault and the taboo surrounding it and balances a haze of flashbacks, emotional shock and questions of memory with a frank portrayal of survival that does not allow its audience to look away. Without trying to simplify its ingenuity, the overarching message of the show is that there is no right or wrong way to process a traumatic experience such as rape. Cole's character Arabella grapples with revenge plots, fantasies and self-destructive behaviour, as the show also raises questions about friendship and loyalty through its supporting characters.

Meanwhile, Netflix's Emily in Paris literally does what it says on the tin. Lily Collins, a clueless American, gets a job in Paris and finds trouble adjusting to French customs and sensibilities. Cringeworthy and superficial, the only good thing that can be said for the supposed comedy is that it is beautiful to watch, but even this is down to the setting of Paris itself and cannot be credited to the show. At most, it was good mindless lockdown fodder.

Now, which one sounds like it deserves award nominations?

The Golden Globes mark the beginning of Hollywood's award season, so, needless to say, its nominations are a big deal. Emily in Paris garnered two nominations for Best TV Series and Best Actress, while I May Destroy You was nowhere to be seen. Paradoxically, this resulted in a writer on Emily in Paris declaring the unfairness of the snub. Other industry writers, actors, and even former US President Barack Obama have expressed their love of the show. Cole has yet to comment herself.

The glamour of Paris and Lily Collins's kitsch outfits have clearly blinded the judging panel to Cole's hat-trick of subversive writing, co-direction and arresting performance set against the backdrop of gritty London. Not to mention that I May Destroy You features an almost exclusively black cast, whereas Emily in Paris is as whitewashed as its title suggests. There was hope that after the #MeToo #OscarsSoWhite and #BlackLivesMatter movements that Hollywood would reflect this growing frustration with gender and racial inequalities, and I May Destroy You skilfully tackles each of these subjects. However, this snub is just one of many invalidations of any progress that has been made over the past few years, and it is disappointing to see. 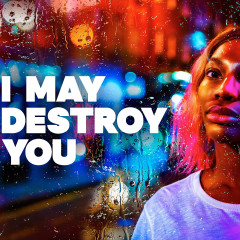 'I May Destroy You' Golden Globes Snub