I chose Del Toro because he inspires me with the way he directs. The amount of detail that goes into his work is truly remarkable and what i take from nearly all his films is that visuals matter. No matter how good or bad the script is, if you pay attention to what the audience sees then you are almost guaranteed a hit.

I Have watched many of his films, and by scrolling through his career evolution I was able to gain insight into what type of director he is. By googling him, I was also able to find out how he got to where he is now.

Through my investigation into his life, I have found out that he used to be a special effects make-up artist. My guess is that this is one of the reasons that his films have so much detail in, due to the fact his past career was focused around detail.

In my opinion, i think that his career path is really interesting. It gives me hope that no matter how you get into the profession, you can do well. His journey to do what he is doing now makes me feel that if you love something, it will turn out right.

His work is almost always stunning to look at, and his use of CGI in his films is done well. The way that he directs what he does clearly shows how dedicated he is to his profession and the end result of his work proves how much he cares and the thought that goes into it.

Directing and Cinematography is two of the parts of the film industry that I'm interested in, and through researching Del Toro, I found Guillermo Navarro.

Navarro’s close work with Del Toro on most of his films inspires me as much of the parts of the films they have done, really connect to me on a personal level.

The way that he progressed in his profession also gives me hope that one day I could do the same. He first started out as an on-set still and continuity photographer and look where he is now, a well respected cinematographer. 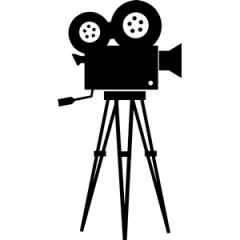