This short post will be talking about my main influences and inspiration for wanting to get started in the film industry. I thank this person for giving me the best childhood with their wild imagination to make me become the person I am today.

It all started when I was younger and my parents introduced me to Harry Potter. I can't even remember my first thoughts or opinions of it, because its just always been apart of my life and I've just always enjoyed it. Recently, I just finished reading the book series as I had never got round to reading them and didn't have much of the patience to start, and was I wrong for thinking all of that before I started them. They're utterly amazing with J.K.Rowling's writing and creativity. I have learnt so much as a person from her books with the messages she gives to people about how important friendship is, how to not judge people by their status, and much more. Her story has inspired me in so many ways since I was a child to get into the film industry and create visual things like she has.

With the films and the books, I most definitely prefer the books compared to the films. I think the films fitted everything that was described in the books amazingly and it was great how they're produced visually, but I wish that they'd included some things from the books into the films. Other than that, I think they're all put together create and I love the cinematography.

J.K.Rowling also inspires me a lot on a message to not give up on your work. She was turned down by 12 different publishers from the book 'Harry Potter and the Philosophers Stone', as apparently they found it 'too long, weird and old fashioned'. She also suffered with very bad depression, had a bad divorce and was very poor which led to her nearly becoming homeless with her children. It's very fair to say, that her creating these books really did change her life forever. I really do look up to her for creating this amazing story despite her views on transgenders, she did give me the best childhood and anyone else who enjoys the Harry Potter series. Her net worth is between 670 million - 1 billon. 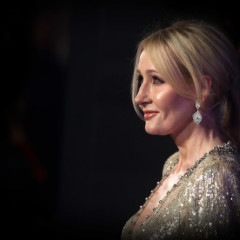 This short post will be talking about my main influences and inspiration for wanting to get started in the film industry. I thank this person for giving me the best childhood with their wild imagination to make me become the person I am today.