Ironically, for a politician, she doesn’t seem sus... 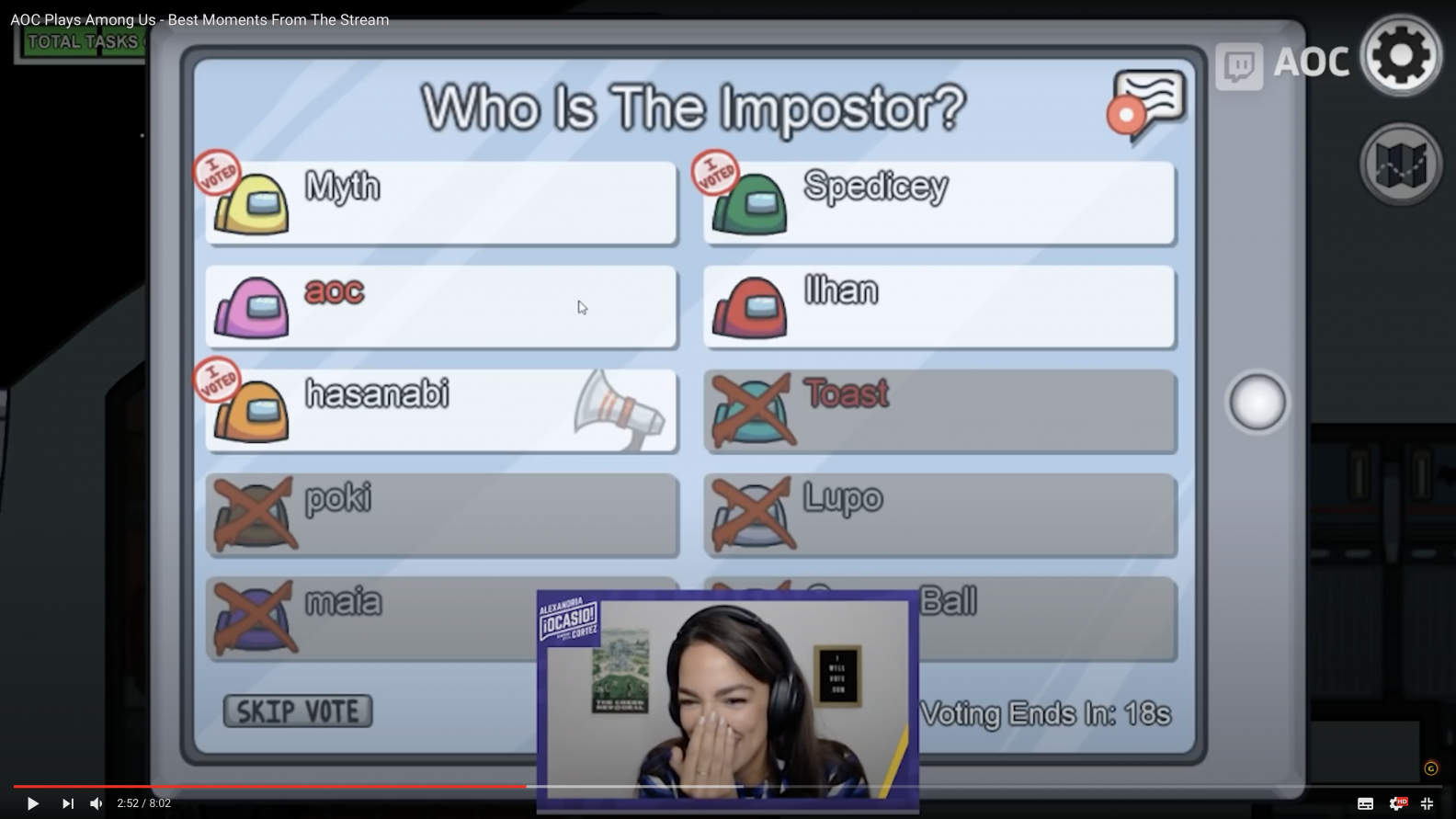 She survived a surprisingly long time against experienced players as imposter! 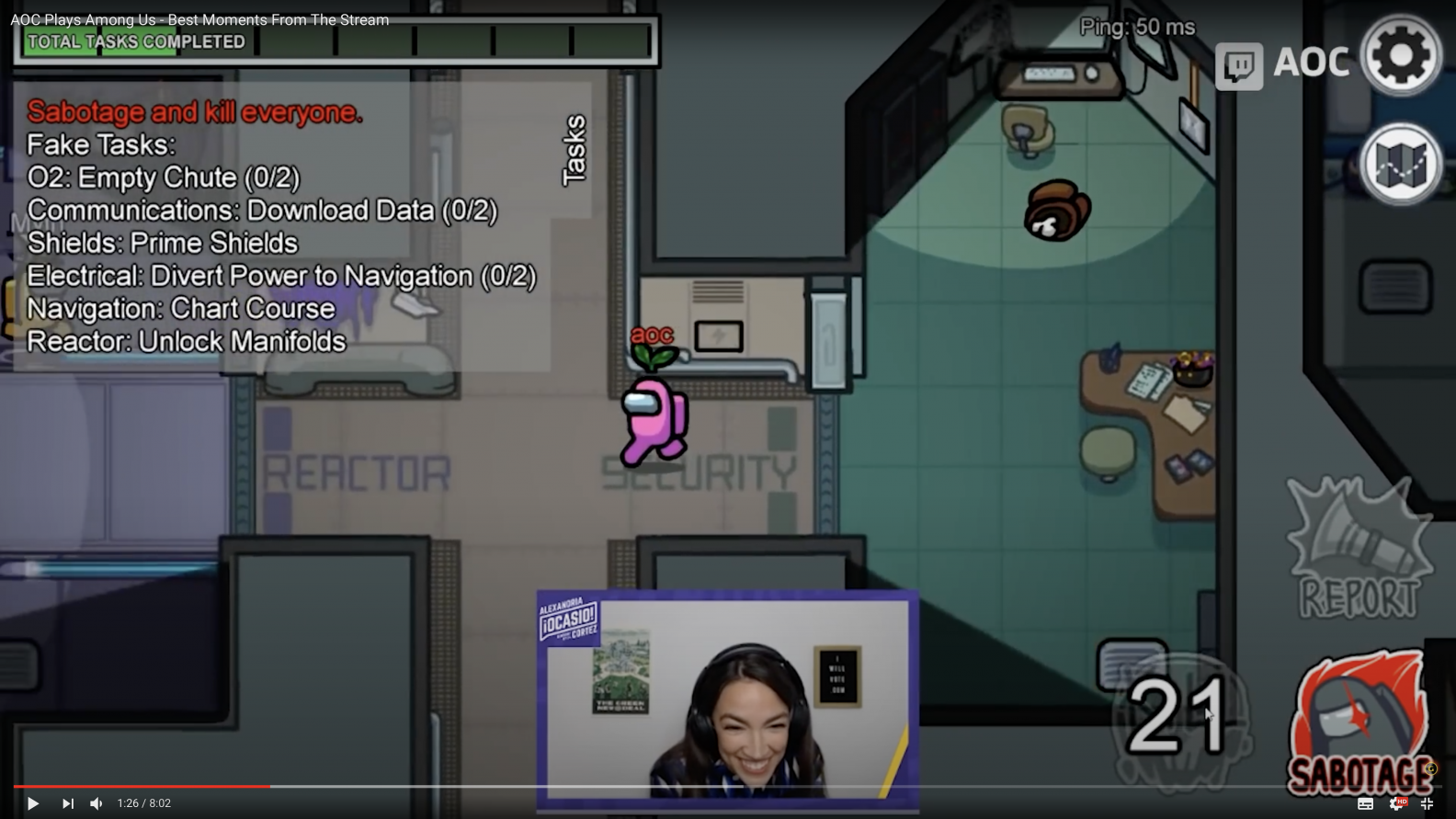 Leaving the scene of the crime, you can just see the moment Yellow emerges from the reactor and busts her hasty retreat attempt. 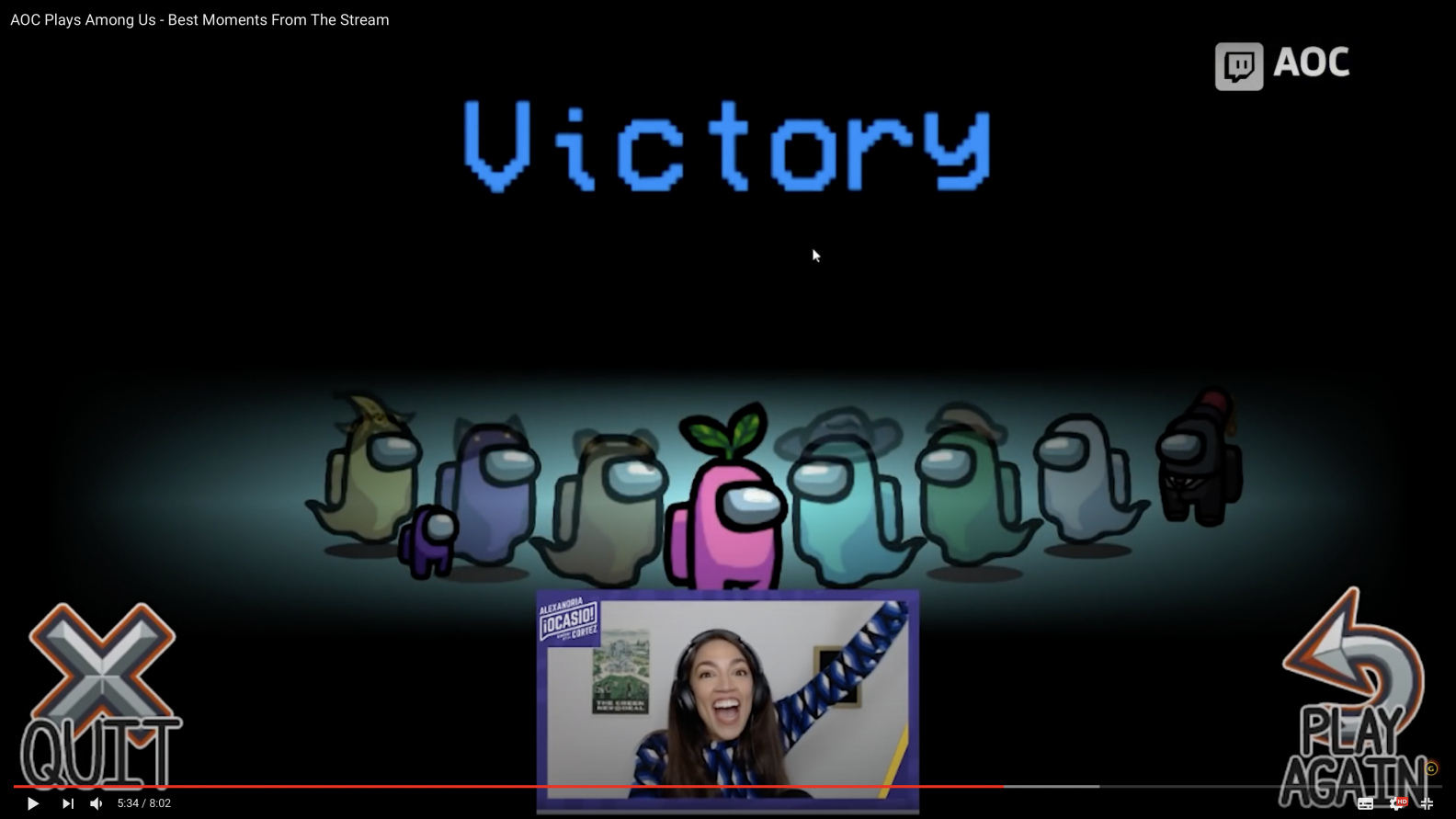 AOC's reactions to the game are so full of joy! 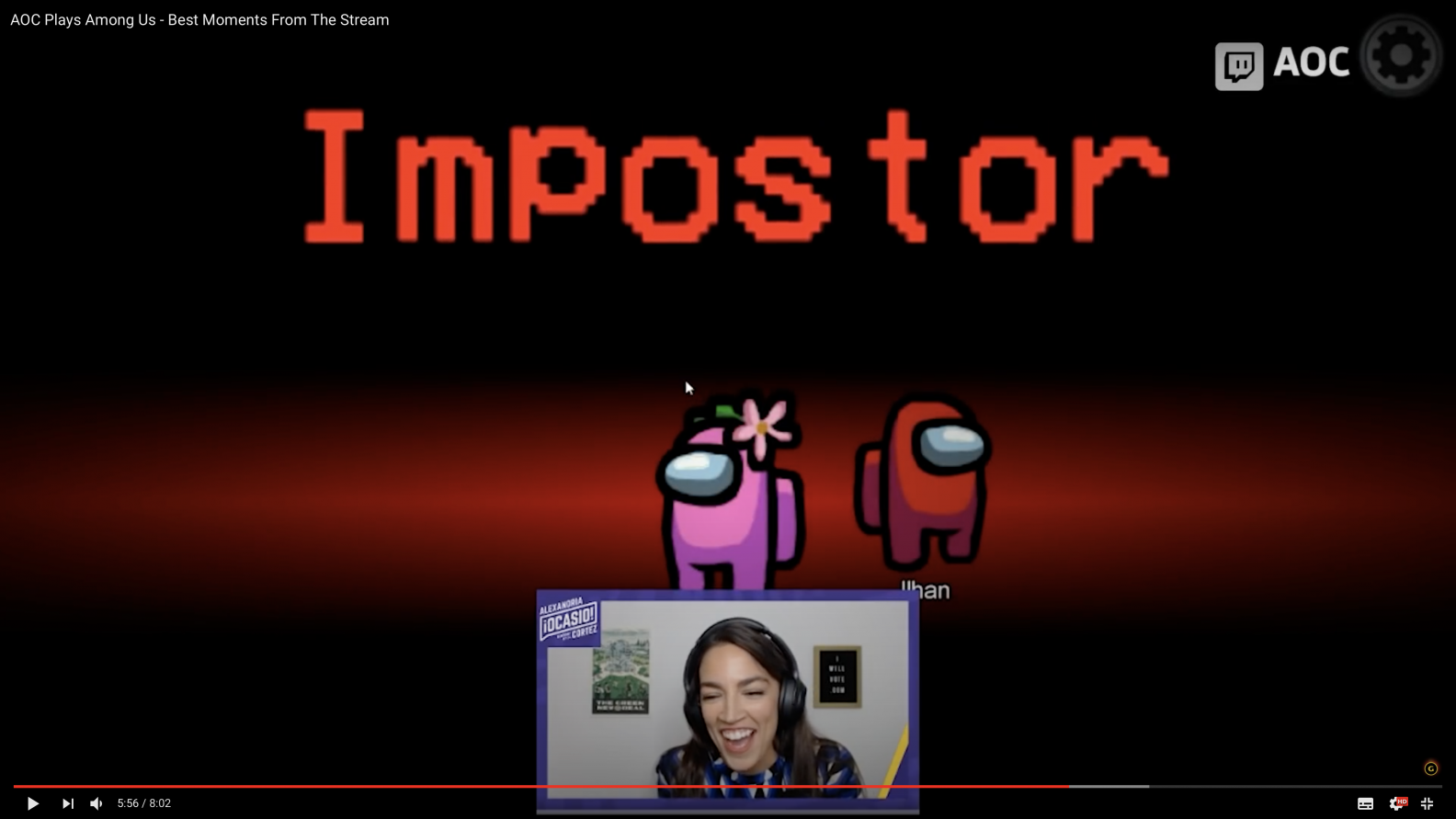 She was very nervous to be the imposter, but the second time she seems far more excited about the idea of sowing mayhem among her team >:D 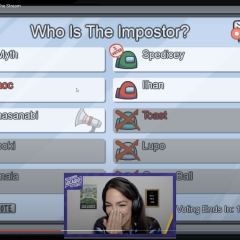 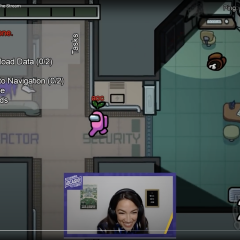 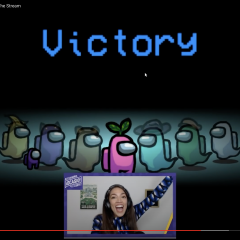 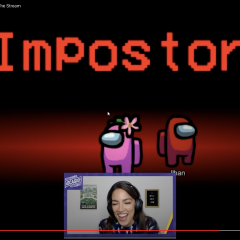 Alexandria Ocasio-Cortez, or AOC as she has become known to the internet at large, has a reputation for being one of the most internet-oriented politicians in American politics (and unlike Donald Trump, that internet attention has been mostly incredibly positive). However, she surprised Twitch audiences recently when she streamed her playing the popular game Among Us as part of a voter outreach campaign.

Now it is not unheard of for politicians to use Twitch as a platform for outreach. Trump’s official Twitch channel was streaming all the way up to the election at his various rallies. It even recently streamed a Republican press conference talking about their legal action after the election results.

It is clear that as far as Twitch goes (as in many areas), the Democrats are better at reading the room. Twitch is a streaming site for gamers primarily after all, and the VoteJoe Twitch page seems to embrace the gaming aesthetic, with an 8-bit intro of Joe going on a quest to get in the White House to “save the nation”. It even embraces the meta of old arcade games with an “insert ballot” prompt. The channel’s output is a little more slapdash than Trump’s, but also contains the kind of whacky light-hearted content that would appeal to a Twitch audience. Whereas, Trump just seems to be using it as alternative-Youtube to publish his usual political material.

However, AOC actually using Twitch for its intended purpose — streaming a video-game — is somewhat unprecedented. Politicians surely don’t play games after all? That would require them to be something resembling a human being!

This is almost certainly the point of this stream and the campaign. By having AOC play a game, the Democrats are putting out a strong message that they are the relatable party, the party full of genuine people that react to the stress of being the Imposter the same way many of us might do. A party full of people, rather than simply politicians.

Which then brings us to the game itself. On the off-chance that you have recently emerged from some kind of temporal anomaly and haven’t heard about Among Us yet, it can be summarised as a real-time version of the party-game Mafia set in space. Its cutesy cartoon graphics belying a complicated cutthroat strategy game of manipulation, betrayal, and murder. Or at least this is what the game is like if you don’t suck at it like me and always get ganked in electrical…

So, a game based around deceit and the manipulation of innocents to turn on each other for your own devious ends. Sounds like an excellent game for a politician right? Well, for any other politician trying to pull this kind of stunt, this is almost certainly how an audience would see it, and they would no doubt be laughed off the internet. However, that isn’t what happened with AOC; quite the contrary. The stream itself has 5.5 million views, and her Twitch channel (which only consists of a single video!) has about 730,000 subscribers. Needless to say, there must be something that she did that has led to such a warm reception by the internet community.

I’d argue that if you watch the stream (or indeed this highlights reel), the most apparent tactic she uses to produce her widespread appeal is to go for the authentic every-woman approach, (a political approach that after watching Designated Survivor I’m going to refer to as the “Kirkman approach”). She responds to situations in-game as one might expect a normal (if inexperienced) player might. Her stream is full of cute moments where she expresses remorse before betraying a player “I can’t kill Poki, she's so nice!”. She even starts talking the lingo of your casual gamer “I can't carry this game all by myself!”. Even though AOC clearly hasn’t played more than a few times she seems to be quite good, she even manages to fool many of the crew on her first run as an imposter, even prompting Jacksepticeye to erroneously claim that “it’s got to be someone who’s played more than once”.

Perhaps then it is this element of perceived authenticity, along with a sort of relatability to AOC’s reactions in her stream that has proved so crucial to its reception. In a field such as politics, where carefully constructed artificial presentations of events and political stances, where every word of engagement with the public has been vetted by at least three different speech-writers, such authenticity and openness with an audience is not only seen as rare, but valuable. With this presentation, even AOC’s frequent chatting about voting for the Democrats ahead of the election doesn’t come off as unbearably forced because it is balanced by genuinely endearing moments.

As for the inevitable question of what a renowned US politician playing a popular video game means… well, it means something, but don’t expect it to shatter the earth as many overzealous games journalists have been putting out there. This is not some great turning point for gaming as a genre, but it might help remove some of the stigma from games; if a respectable congresswoman is playing video games, then maybe it won’t convince little Timmy to become a murderer (as the many moral panics through the decades have tried to claim). 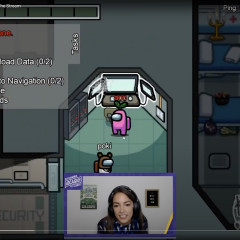 Alexandria Ocasio-Cortez is Among Us

Ironically, for a politician, she doesn’t seem sus... 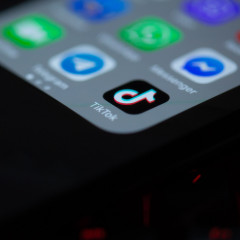