Voice MagBlogsVideogames are an ar…

When a new artform is unleashed into the world, the gatekeepers of culture often downplay that new form's status as 'art'. Videogames are often dismissed as mere entertainment. But like cinema and opera, they are an accomplished hybrid for of art.

When a new artform is unleashed into the world, the gatekeepers of culture often downplay that new form’s status as ‘art’, diminishing it as mere entertainment – as though entertainment can ever be insignificant.

Now seen in many circles as a highbrow form of art, the modern novel is one form that has undergone such a transformation. While the works of Jane Austen may be viewed as classics of world literature today, for decades the novel was viewed as low culture, with Austen’s own Northanger Abbey satirizing contemporary perceptions of the form.

Though the novel has since been solidified as existing within the realm of ‘high’ culture (though many of its sub-genres are still blanketly criticized, the condemnation of books aimed towards young women speaking more about their critics’ prejudices than the novels themselves), the canonisation of other art forms is a transparently ongoing process.

The growth of academic film criticism over the last few decades has bled into the rise of the YouTube video essay, as a growing generation of amateur critics make lengthy works detailing the minutiae techniques, effects and meanings of film.

The flourishing tendency to take film as serious as theatre, fine art or literature represents a shift in the perception of the form as a digestible genre inferior to the novel to one that is every bit as worthy of serious attention and analysis. And while snobbery (and sexism) exists within film criticism itself – a Quentin Tarantino or Charlie Kaufman film is more likely to be seen as worth critical rather than commercial attention than Cate Shortland’s upcoming Black Widow, for instance – the movie is increasingly enjoying the same status of the novel in the academic sphere, with a number of universities offering Film Criticism courses, and a wealth of journals dedicated to the topic.

This is to be expected: after all, the earliest surviving film dates back to 1888, and while the silent and short (Roundhay Garden Scene lasts a grand total of two seconds) movies of old might be indistinguishable from movies of today, our contemporary cinematic landscape is also well-established. The 1940s is seen by many as the golden era of film, a period that produced Hollywood classics Casablanca and Citizen Kane – at least as widely revered as F Scott Fitzgerald’s famous novel The Great Gatsby, published just a couple of decades before. Cinema entered the contemporary era with the premier of the first modern blockbuster, Star Wars, in 1977.

Five years before that first entry in George Lucas’ generation-spanning space opera, another futuristic and otherworldly slice of pop entertainment was unleashed to the world. Atari’s 1972 Pong, an early arcade game, was a mild tremor that heralded the quake of an all-new form of art entertainment: the videogame.

Like Roundhay Garden Scene to modern movies and Robin Crusoe to today’s vast landscape of book genres, Pong bares little resemblance to the UHD, 3D and open-world games of today. And though it is obvious how much the video game has progressed from a simple black-and-white table tennis simulator to the technicolour worlds of masterpieces such as 2017’s Breath Of The Wild, conversations of videogames as art have barely appeared outside glossy gaming magazines, online forums and YouTube discussions.

And while there is a fledgling literature around games criticism (Ian Bogost’s How To Talk About Videogames is the most important work on the topic, while Patrick Jagoda’s ‘Videogame Criticism and Games in the Twenty-First Century’ article was published in a journal dedicated to American Literary History), university and college video game courses revolve around creating, rather than studying, games.The video game is primarily seen as a product to be consumed, entertainment to trade for capital, rather than an art form valuable in and of itself.

In the 18th century, novels were considered dangerous. As literacy rates grew amongst poorer populations, the ruling classes became concerned that books could spread subversive ideas, from social climbing and distrust of authority to women’s sexual liberation and anti-nationalist sentiments. As late as 1960 – the year The Beatles formed, heralding the revolutionary arrival of pop music, another modern art form – Penguin Books were taken to court for publishing DH Lawrence’s Lady Chatterley’s Lover, a 1928 novel which was condemned for its depiction of sexuality.

But while books and films have largely been accepted as positive and artistic contributions to culture, videogames are still sidelined as passive entertainment: despite usually being more immersive and active than either of these other ‘art’ forms.

But when does entertainment become art? Gradually and over time, as mainstream publications and the journalistic guards of culture begin to adopt positive stances towards the form in question. The definition of ‘art’ is still to some extent gatekept: it is not enough for video game fans and gaming magazines to wax lyrical about the virtue of video games as an art form; the genre must be recognised as such by newspapers and academics, its own version of The Times Literary Supplement must be established, a National Videogame Institute must be founded.

As in the early days of novels, mainstream conversations about video games often revolve around unfounded arguments about whether they provoke violence, rather than praising their artistic accomplishments. Maybe the guards of culture are afraid of an art form that boosts cognitive skills, reflexes and cooperation, just as the upper classes of old were once fearful of novels espousing liberal ideas.

Even if videogames are never recognised as art by the masses, there can be little doubt of the artistic nature of video games. Like opera and film, the video game is holistic, combining many different disciplines to form a cohesive product with its own identity. Music, fine art and (increasingly) cinematography and dialogue all come together to form a piece that is more than the simple sum of its parts. And I would challenge anyone who decides that digitally-rendered music, visuals or stories are any less praiseworthy because they are created through code (which requires high levels of technical skill) to spend thirty minutes moving through the living watercolour paintings of Okami and Skyward Sword without feeling awed, to listen to Super Metroid’s soundtrack without experiencing a creeping Lovecraftian sense of dread, or play through The Last Of Us without shedding a tear.

Videogames: Art Made From Art

A revolutionary, immersive and exciting artform, videogames deserve to be taken just as seriously as novels, films, theatre and music. The form may still be in its infancy, but the cultural legacy of Super Mario Bros, Sonic The Hedgehog and the story-less, character-less Tetris are undeniable, each IP just as recognisable as any ‘classical’ pieces listed in this article. It’s worth remembering that Shakespeare was considered pop entertainment centuries before his plays started being seen as high art, and the Bard lived to see the closure of theatres under Puritan rule.

Just as with the novel, film and theatre before it, resistance to the classification of videogames as art represents the power of the form, and there is no doubt the video game will be venerated in the same way as these genres in the years to come. 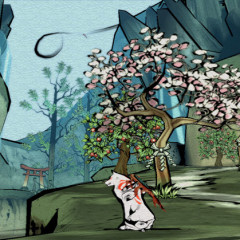 Videogames are an artform, and deserve to be recognised as such

When a new artform is unleashed into the world, the gatekeepers of culture often downplay that new form's status as 'art'. Videogames are often dismissed as mere entertainment. But like cinema and opera, they are an accomplished hybrid for of art.