Billie Eilish and Miley Cyrus present the same song in different ways to portray their aspirations for the future.

When ‘My Future’ was released on 30th July, Billie Eilish fans everywhere were more than just slightly taken aback. This song was certainly different to what she has produced previously, with the signature breathy voice and seductive lilt still there, but with a more whimsical and dreamlike bluesy tone as opposed to her ‘sad pop’, dark aesthetic she has been known for in the past. People were divided, but overall the response was positive – a sign of the artist’s development and evolution. It is undoubtedly a song of hope, crucial for everyone in these uncertain times, asking the audience to try to look towards the future more positively.

Just over a month later, Miley Cyrus released a cover for the BBC Live Lounge. On one side, the fact that such a widely recognised artist has covered Billie’s work is encouraging, a compliment towards the song and shows respect for Billie’s work from an older artist. Whereas Eilish’s original is reflective and beautifully sparse, Cyrus reimagines “my future” as a raspy rock ballad in a cabaret-like setting with characteristic attitude and full band accompaniment.

The aesthetic of Cyrus’s video was stylish luxury, Miley stands centre stage in an outfit dripping with diamanté and a short sexy black dress, with a backdrop of tall candles and a black-clad band supporting her. Miley defiantly looks into the camera as she sings, putting power behind lyrics that weren’t necessarily stressed in Eilish’s original version of the song, for example, the lyrics: ‘Can’t you hear me? I’m not coming home.’ Miley delivers these lines with a sense of anger and resentment towards those at home. In contrast, in Eilish’s version, there is a feeling of her breaking free and feeling relieved about gaining autonomy.

In comparison, the aesthetic of Eilish’s animated music video is more a piece of art, the viewer following her character as she explores an otherworldly jungle. The first section of the piece shows her sitting and walking through the jungle at night whilst rain showers down, creating ripples in the puddles and rolling of leaves with the accompanying vocals ethereal and flowing. The contrasting second section (starts at 1:44) switches to a sunnier environment, with plants magically sprouting from the ground, giving off ‘Jack and the Beanstalk’ imagery. Then the plants growing from the ground wrap around Billie’s lower body, picking her up off the ground and cradling her towards the sun with the accompanying vocals in this section ‘bouncier’ and more upbeat. The music video ends with a shot of the jungle now looking more like a sunny glen with sparkling sunshine.

Cyrus’s vocal performance has changed over the years (certainly since her Hannah Montana days!). From this performance, it seems as though she is inspired by Dolly Parton, with sliding between notes and adding ornamentation in a country-esque way in the first section (as described above). The second section (starting at 1:42 in Cyrus’s cover) has its own character, like the original, and Miley adapts an Amy Winehouse-esque jazzy, bouncy delivery.

In contrast, throughout Eilish’s version, she retains that character which is distinctively hers. Her voice sounds slightly more influenced by the R&B/Soul genre, with parts of the vocal runs ‘my future’ reminding me of the seamlessness of the vocals by H.E.R. in ‘Best Part’ – smooth and effortless despite being vocally quite challenging to execute neatly.

Ultimately, the two versions offer different emotions to cater for different experiences in life. It could be that both versions are reflective of the individual artists’ current position in life, Miley recently separating from husband Liam Hemsworth and Billie exploring what being an adult means to her (the artist turned 18 in December last year). Miley Cyrus’s cover is for adults trying to restart their life and move on from the past. In contrast, Billie Eilish’s original is for the younger generation who are beginning their journey and discovering the value they place on themselves aside from the judgement of others. 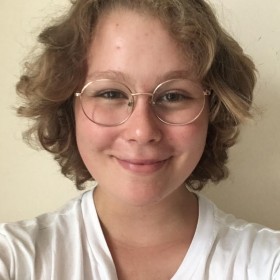 Saxophonist, Arranger and Composer currently studying Music at the University of Birmingham. 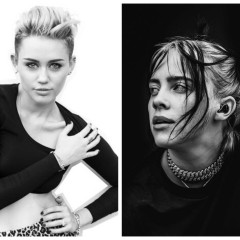 Billie Eilish and Miley Cyrus present the same song in different ways to portray their aspirations for the future.