With just under 24 hours of the Steam Summer Sale left, we take a look at some of the best offers on great games to keep you entertained whilst social activities are still limited.

Disclaimer and useful advice: prices rounded for clarity but accurate as of time of writing. Please check the compatibility of the games you’re looking at, especially if you are a Mac or Linux user, and see if your hardware can run the game well. Steam will generally allow for refunds if you find your machine can’t run the game satisfactorily and you claim the refund within a day or so of purchase.

Before we start it’s probably a good idea to quickly explain what exactly Steam is. Steam is a games platform and storefront for computer (as opposed to console) games. It provides a convenient nexus to access your games, allows you to maintain a library of games across multiple computers and use cloud storage to save data between devices, and provides modding support for several games. There are several competing platforms that have similar functionality, such as the Epic Games Store or Origin, but Steam is considered by the gaming community as the original and by far the most popular.

No doubt one of the appeals are the generous sales that happen throughout the year, a sale that gamers look forward to with keen anticipation for exciting offers and not a little anxiety as they feel their wallets lighten in their pockets. However with social interactions still heavily restricted in the physical world and the price of games proving a major barrier for entry for gaming (particularly in the AAA field) this would seem like a good time to snap up something on offer and immerse yourself in the medium.

So here’s a quick roundup of some of the best offers available right now:

The Sniper Elite series from Oxford-based developer Rebellion has been held up as something of a gold-standard for strategic shooters. You play as a lone SOE sniper behind enemy lines in 1943, attempting to complete a secret mission critical to the successful invasion of Italy. To do so you will need to sneak about the Italian countryside, picking off enemies from afar and using the environment to your advantage. Stealthy gameplay is rewarded, as is pulling off tricky shots with the sniper rifle, the physics of which can be changed based on difficulty settings. At lower levels, your bullets will travel in a completely straight line, but at higher difficulties your aim assistance will be turned off and you will have to account for wind speed and direction, bullet drop due to gravity, and how enemies will respond to being under attack. There is also a truly gruesome X-ray mode to show exactly what damage you are doing to the unlucky soldiers in your crosshairs, but I tend to play with this turned off: to me this is a strategy and a stealth game, a puzzle and a test of skill and quick-thinking. I feel like the gratuitous slow-mo and gore takes away from that, but if you’re a little less squeamish than I then there’s no denying many would consider that a part of the experience.

In a future cyberpunk dystopia (three words that have established themselves as close bedfellows over the last few decades) you play as a cyber-augmented human tasked with navigating an intrigue-saturated political scene whilst several secret organisations vie for control. These are the games that allow players some of the greatest flexibility in play style, and give choice whether or not to deal with situations lethally, non-lethally, stealthily, or diplomatically. It feels like a role-playing game because it is largely up to the player how to deal with a situation with the tools given to them. It has a creative plot which manages to escape many of the cliches of its conspiracy-theory-inspired story and manages to handle its themes of discrimination appropriately, if not necessarily subtly.

An inventive take on the roguelike RPG. Darkest Dungeon is a gothic turn-based RPG where you have to grapple not just with the monsters you’re fighting, but the internal stresses and emotional struggle of your characters as they continue their quest, assaulted psychologically and practically as they descend further into the dungeon. What’s more, if a character dies, as the roguelike gods demand, they remain dead. This is also a game that should run well on most computers, being a 2D title, in addition to having native Mac and Linux support. Not to say that beauty is sacrificed on the altar of performance; quite the opposite! The artwork by Chris Bourassa and Trudi Castle is stunningly beautiful and bleak and oozes the dark character of the game.

This is not a casual game but a challenging and sometimes emotionally testing experience which will make you care about the characters under your control, making you sincerely want to lead them the best you can as you try to keep them alive and their sanity intact.

(£5 from £23, 75% off)I have showered this chill city-builder with praise in the past, but one of my main criticisms was the cost, as it felt too much like you needed to get more and more DLC to get the true experience (which is the usual business model for Paradox – it allows them to continue to add content to games long after they originally released which makes for industry-leading games packed with content… at the expense of their fans’ wallets). However with the sale on at the minute it is possible to not only get the base-game at a reduced cost but much of the DLC is now half-price too.

You can find my thoughts on this game in the previous Gaming Culture Lockdown article.

Seeing that much of Creative Assembly’s Total War franchise – one of my all-time favourite strategy game series – was part of the sale I found myself struggling which to recommend for this list. In the end I went for this collection for a few reasons. This collection covers some of the most fascinating periods in Japanese history, and a player unfamiliar with the incredible history of the country will almost certainly walk away from the tense battles and strategic power struggle of a Shogun 2 campaign wanting to learn more about the culture and history of Japan. It also sits in that nice middle ground of the Total War games where it is old enough to be fairly inexpensive for a newcomer to the series and isn’t a huge toll on hardware, but new enough that it still holds up graphically by modern standards. I’ve been fortunate enough recently to get a new computer and on higher graphics settings this game from 2011 still looks beautiful.

Players will find themselves struggling for control over feudal Japan, manoeuvring both your forces and your political tools in the turn-based strategy campaign map, and then zooming into the real-time tactical battles to fight sieges, defend settlements, and stage full-scale open-field confrontations with the enemy as you vie to place your clan as an influential power and eventually even lay claim on the title of shogun itself. 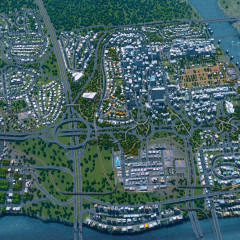 With just under 24 hours of the Steam Summer Sale left, we take a look at some of the best offers on great games to keep you entertained whilst social activities are still limited.