Do you know the History of The SS Mendi ?

The silence is deafening.

“In the pre-dawn darkness of a February morning in 1917, a ship carrying hundreds of black South African men was sunk in the English Channel. But this was no act of war. A Royal Mail cargo ship had ploughed full speed into the SS Mendi - and its captain inexplicably did nothing to help.

Who were these men and - 100+ years later - has there been a lasting legacy from their deaths?
The vast majority of those who drowned or died from hypothermia were South Africans recruited to work as manual labourers on the Western Front.

Many had signed up hoping they would win more political freedoms if they demonstrated their willingness to help the British Empire's war effort.
The Mendi had already completed a 34-day journey from Cape Town when it sailed past the Isle of Wight in foggy weather on 21 February.

At about 05:00 GMT, a Royal Mail packet-boat, the SS Darro, ploughed into the Mendi at full speed, smashing a 20ft (6m) hole on her starboard side. It ripped through to crowded holds where men were sleeping in tightly-packed tiers of bunks.
A total of 646 people died. Only 267 survived the sinking; 195 black men, two of the four white officers and 10 of the 17 white NCOs.
From the safety of the Darro, Captain Harry Stump stood by and watched - but for reasons that are still murky, did nothing to save the lives of the men.

Now is the perfect time for a legacy of discovery and enlightenment of children through the arts. An understanding of culture and people’s contribution from generations ago to generations to come.

Monday 8th June 2020 is World Ocean Day. Please spare a thought for all enslaved people that have died in watery graves in waters around the world. Which day do we mark and commemorate slaves that died or committed suicide during the Transatlantic Crossing?

Refugees who risk everything to travel in a dinghy for a better life and die in a watery grave.

This year I will spend eight minutes and forty six seconds thinking about George Floyd and the bodies that lie at the bottom of the deep blue sea. 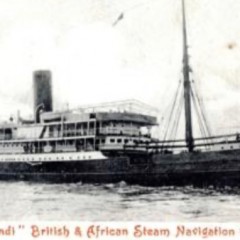 Do you know the History of The SS Mendi ?

The silence is deafening. 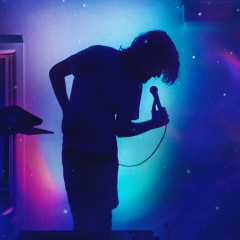