Hilary Roberts is no stranger to success. Nor is she a stranger to crafting upbeat, positive anthems out of impossibly bleak situations.

Hilary Roberts is no stranger to success. Nor is she a stranger to crafting upbeat, positive anthems out of impossibly bleak situations. A global pandemic can now be included in that, with latest track, ‘Just Let Go’ encouraging positivity in the wake of uncertainty.

The song is about letting go of anxieties, worries about productivity, concerns about the state of the planet and just looking after yourself during this strange time. ‘Just Let Go’ features key workers taking centre stage in the music video - firefighters, nurses, shop owners - no one is left out in a world where Hilary Roberts is in charge.

Hilary Roberts has never been one to shy away from making music with a message. Whether it’s the feel-good ‘Good Man’, an upbeat takedown of toxic masculinity, or ‘Fight To The Other Side’, an emotional ballad about overcoming suicidal tendencies, Roberts has always used her platform for good.

Proceeds from this song will go towards pandemic relief efforts.

Her work is often influenced by her philanthropic efforts and the value she places on others’ wellbeing. ‘Fight to the Other Side’ is one such song, with its lyrics meant to encourage her friend out of taking her own life in the wake of a terminal diagnosis. 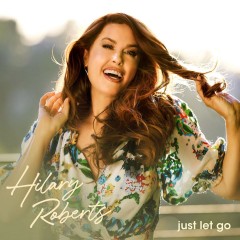 Hilary Roberts is no stranger to success. Nor is she a stranger to crafting upbeat, positive anthems out of impossibly bleak situations.