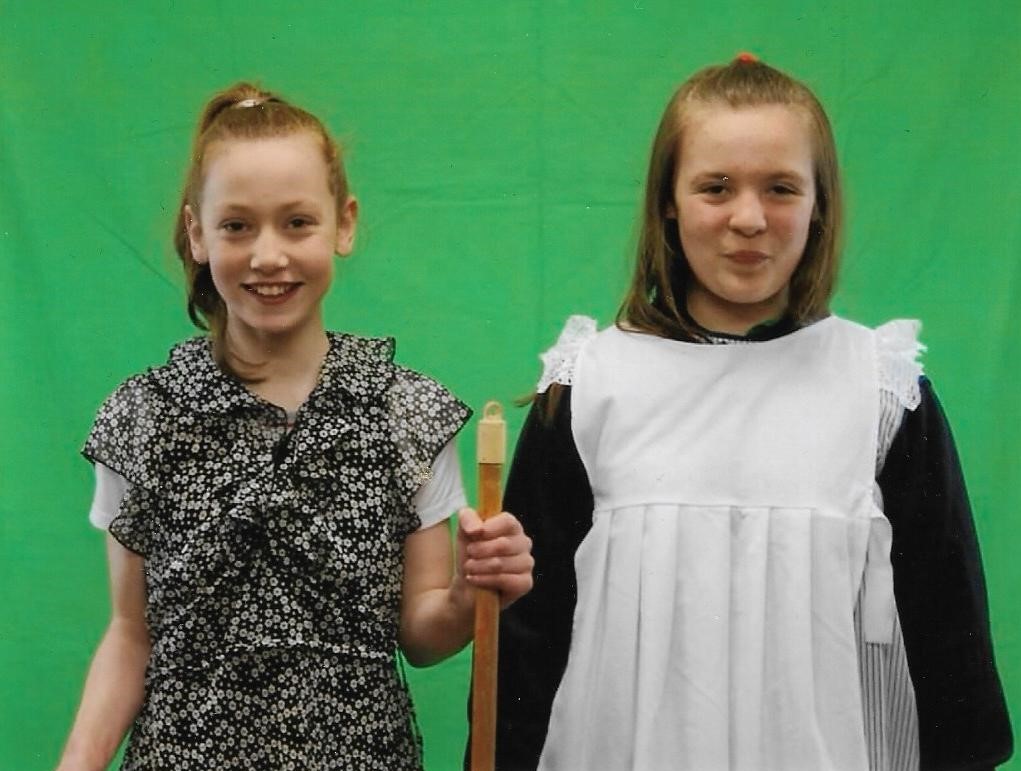 On April 27th, 2018, me and a couple of friends participated in a 'Historical Photo shoot' in our local village. During the shoot, we where interpreting characters (fictional and real) based in our local area during the slate quarrying times.

First, we planned out how we would dress around a fortnight in advanced. We mainly looked middle class people or quarry men, so the clothes where quite plain. I wore a white pinafore over my navy school jumper with tights. We also looked at the expressions of different people. One or two where smiling where as some decided to pull a poker-face. This is because older photos took a long time to be taken, so long that they could't hold a smile. We believe that the more seriou 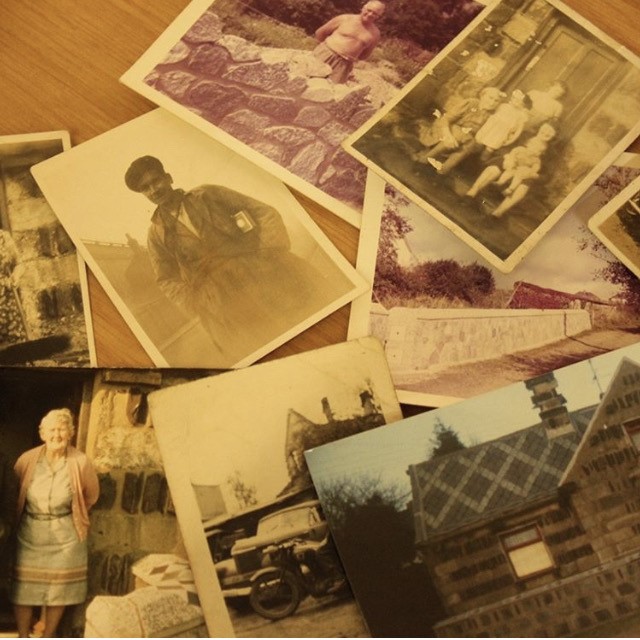 On the day, we decided how we should pose. Some where re-created photos and others where improvised. We had a few props to make the photos more intriguing - an iron, bucket, floor brush, chalk board, glasses and hats. After deciding on a few pictures, we started to pose. As we went along, we improvised and changed the scenes either while being there or from behind the camera. 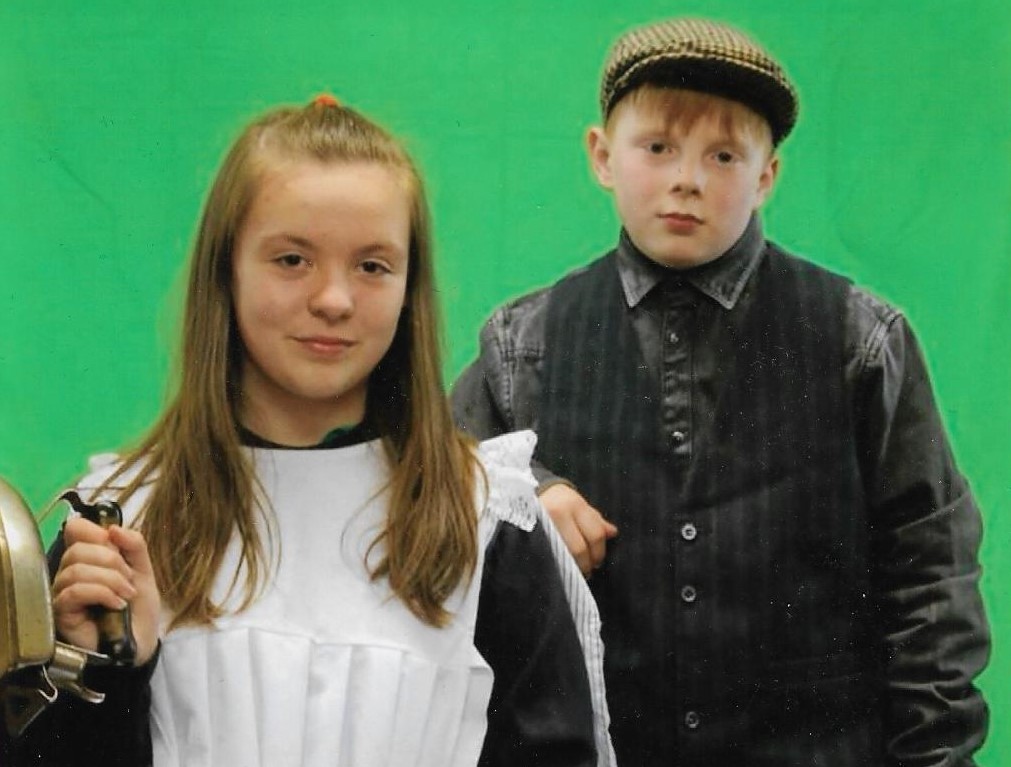 y taking single head shots looking directly into the lens. We had to keep a straight face, which is surprisingly hard with your friends behind the camera laughing! After we all finished, we got put into different pairs to start posing in different scenes. Me and one friend (Llinos) re-created a photo of to women standing outside a door. One was holding a brush and bucket as the other stood with her laughing. Then me and my other friend (Aron) posed together. I sat on a chair with an iron as he stood behind me. The iron was very heavy, but I think I covered it well.

After about a week, we met up again to edit the photos using 'photoshop'. We put an old fashioned filter on some to dim the colour, making it more realistic. Some of us edited ourselves into other photos as ghosts! Me and my friend (Llinos) where put next to a man on a motorcycle. 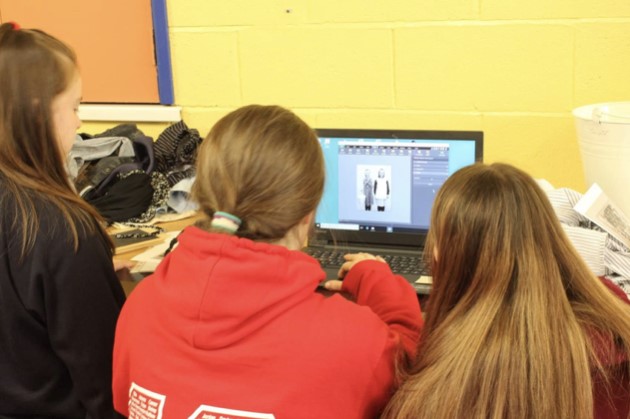 I really enjoyed this experience as I got to be a part of it from start to end. We had a lot of fun acting together in the scenes and turning ourselves to ghosts! I learnt how a photo shoot works, how to portray characters and to edit the photos to get a  finished product. I would love to do it again. 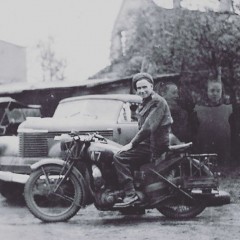 Revenge of the Sith review.