Voice MagBlogsWhy you should consi…

Birdwatching. It gets a seriously bad rap considering how benign, harmless and accessible it is.

The language certainly doesn't lend it any favours, it's an inherently creepy word. You can try it with any word you like. Dog-watching. Floor-watching. Pencil-watching. The result is the same, somebody staring intently – which is a threatening image people understandably shy away from. That’s probably why the word has fallen out of fashion. Nobody calls themselves a birdwatcher, and instead the tribe now splits themselves up into 'birders' and 'twitchers'... each with different levels of commitment.

Birders watch birds do their thing on a casual basis and birding – not to be confused with any of the definitions on urbandictionary.com (number 7 is my personal favourite) – can be done anytime, anywhere. Twitchers, by contrast, are dedicated. Driving cross-country to find a shattered-looking Snowy Owl is standard practice.

Look, I get it. Trying something new can be scary, and on first impressions, there is an air of the occult about sharing a space with a group of strangers staring into the distance. I say this as someone who loves bird-watching, and who has spent much of his childhood pestering his parents about going back to look at wild creatures.

Bird-watching was a chance for me to show off what I knew, sharpen my skills and match up images poured over in animal encyclopedias to reality. Admittedly, very nerdy stuff. but that's no reason to be intimidated. And while you might be reluctant to show up in the middle of nowhere with only a limited understanding of what you’re looking for, once you’re actually in the quiet of the wilderness, people don't seem to exist and it's easy to stop caring what they think.

It doesn't have to be sitting in a wooden shed (bird-hide) either. It can be a country path near your house, a familiar bench at the train station or a window at home. It doesn't really matter whether you're in a country cottage, a high-rise flat or somewhere in between. Gulls offer some pretty weird courtship behaviour and aren't shy about being on display – you might even be lucky enough to spot a nest if you're at the right angle! Peregrine falcons, (the fastest moving bird in the world!) love great big buildings as much as craggy old cliffs, and their favourite food? Pigeons! There's always something living in the forgotten spaces around us.

Whatever you want to call it, bird-watching is an excuse to forget about life by seeing something else exist for a while. Right now, we could all do with a bit of that. 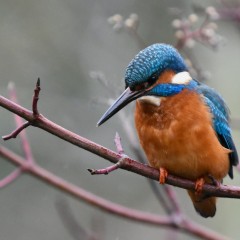 Why you should consider birdwatching

Birdwatching. It gets a seriously bad rap considering how benign, harmless and accessible it is. 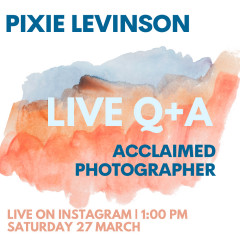